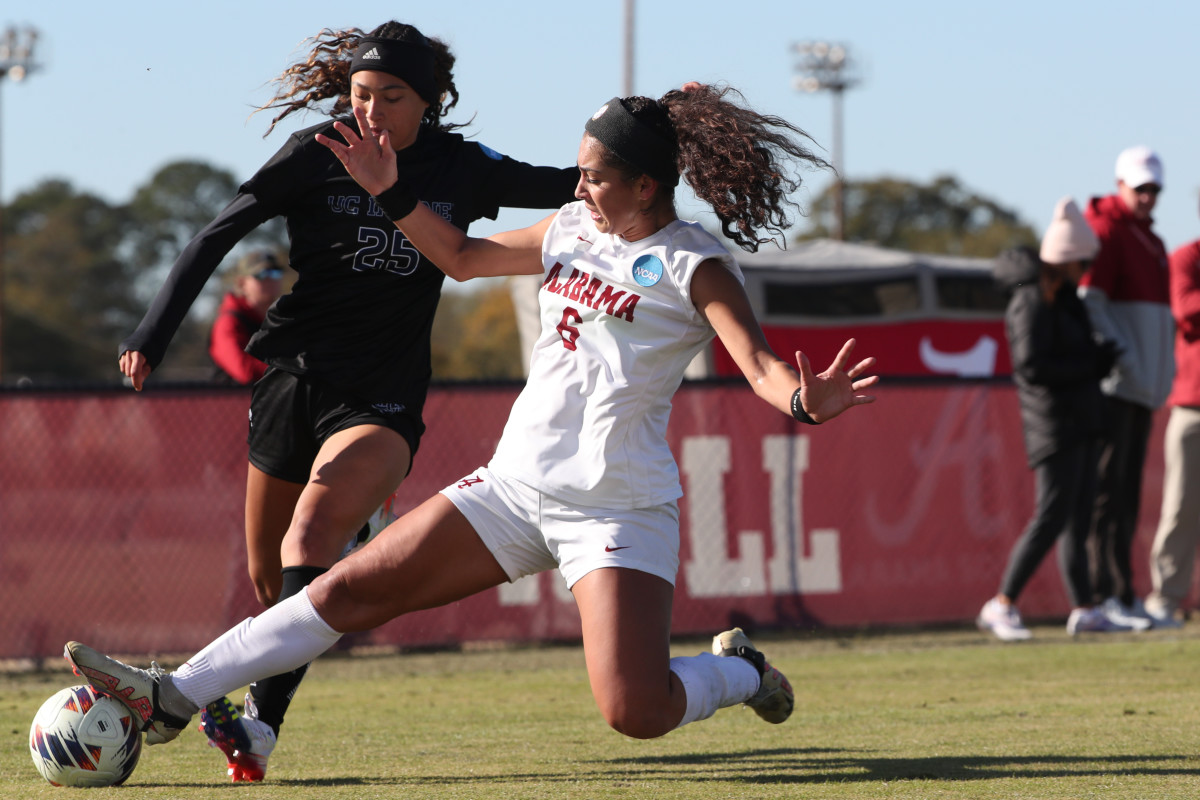 TUSCALOOSA, Ala. – The first half was not a good performance for football in Alabama.

The Crimson Tide didn’t show their usual intensity in the first 45 minutes against UC Irvine in the third round of the NCAA tournament. The overall performance wasn’t bad; Defense limited the Anteaters to just one shot and one corner kick throughout the first half.

It was offensive that the tide came up short.

Alabama had just two shots on target when the halftime whistle blew and just two corners, a long way from the team that led the NCAA with 70 goals before Sunday’s game.

But things looked different in the second half and led to a 3-1 win.

“They were very good opportunities but only two shots on target in the first half,” said Crimson Tide coach Wes Hart. “Actually just that [aggressive] We preached mentality at half-time.”

The result of this adjustment was the three goals Alabama scored in the second half, a “bend it like Beckham” goal for Felicia Knox from a corner kick, a shot right in front of Ashlynn Serepca’s goal, and a penalty conversion from Knox, who took the game after Irvine scored in the 66th minute.

“I didn’t feel like it was a tactical adjustment, it wasn’t a need to change shape or anything,” Hart said. We just need the will and commitment to score goals.”

The three goals give Alabama 73 for the season and extend its lead in the NCAA, and Knox was a big reason for that, showing off her goal-scoring ability versus moderation.

However, when asked if she prefers goals or assists, Knox prefers to decide the score rather than being the goalscorer herself.

“I like to help. I like to give the ball to the scorers,” said Knox. “I think it’s more fun to help someone else score goals.”

Alabama will have most of Thanksgiving week to recover and prepare for an as-yet-unknown opponent. It will be either Duke, No. 2 in that part of the bracket, or South Carolina, No. 3, who lost to Alabama in the regular season and then beat the Crimson Tide in the SEC tournament title game.

The winner travels to Tuscaloosa to play Friday night.