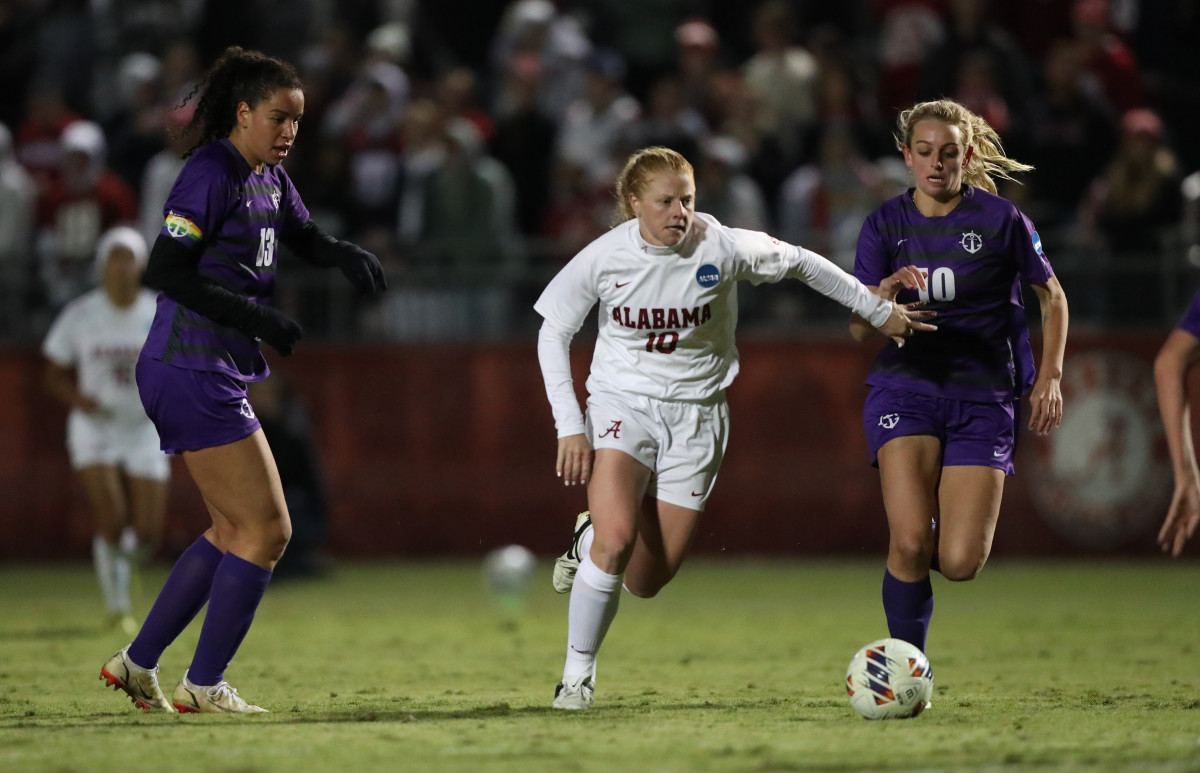 TUSCALOOSA, Ala. – It wasn’t a pretty win for Alabama, but the Crimson Tide defeated the Portland Pilots 2-1 in the second round of the NCAA tournament.

Riley Mattingly Parker had her penalty blocked but she had enough time to recover and equalize the deflection for the first goal of the game.

The lead was short-lived as a foul in the box gave Portland a penalty of their own, which was converted to equalize at 1-1.

Alabama and Portland battled until an unsuspecting turn of events: Portland scored an own goal following an Alabama corner, which ended up being the game’s deciding factor.

“For us, being able to play in the stands and on a great field with our fans on a beautiful night is everything,” said Crimson Tide coach Wes Harts. “The season we’ve had has earned us the right to host these games and I’m definitely happy we’re home.

“Portland was a tough opponent. We knew from watching the video that they were going to be organized and athletic and tough. I thought they did a good job of making it difficult for us to create chances. But I thought as the game progressed, especially at the end of the first half, we picked up a bit of momentum and started winning the territory fight.

With the win, the Tide advanced to take on the UC Irvine Anteaters, who beat Brown early in the afternoon. Kickoff is Sunday at 1 p.m. in Tuscaloosa.