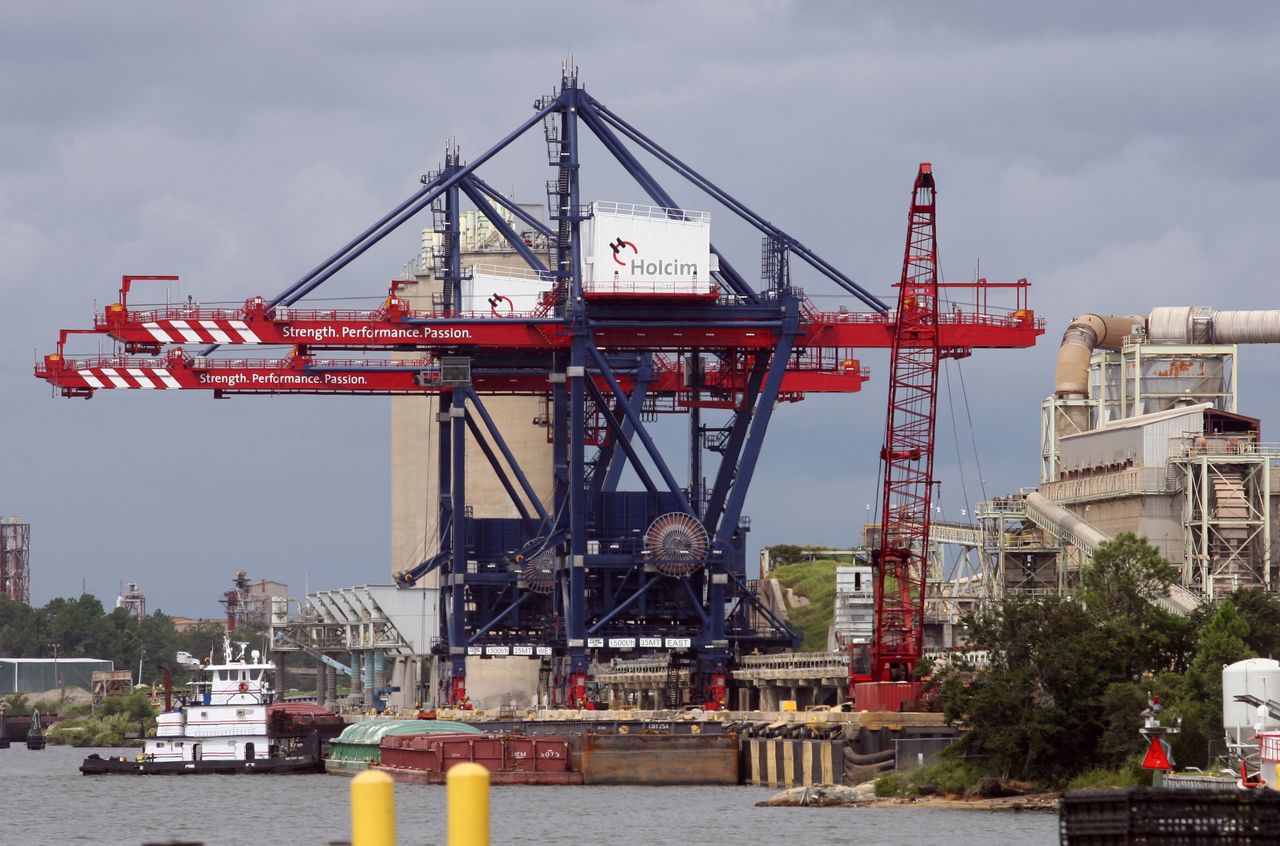 Cement maker Holcim US has agreed to pay $100,000 in fines to settle alleged air pollution violations after reports of large cement dust clouds emerged from its Theodore plant in Mobile County.

The Alabama Department of Environmental Management announced this week that it has reached an agreement with Holcim in which the company will pay $100,000 and meet its permitting requirements to prevent fugitive dust emissions.

Holcim’s Theodore facility is located on the Theodore industrial canal on the west side of Mobile Bay, approximately 15 miles south of the city of Mobile.

As per the ADEM Settlement Agreement, there have been several citizen complaints and reports from ADEM inspectors of large dust clouds emanating from the facility from February to August 2022.

Then, on July 27, ADEM staff at a nearby facility reported seeing “a fugitive plume of emissions from the facility that was clearly visible from afar.”

On August 3, ADEM received a complaint “with images showing a large cloud of dust over the facility.”

Then, on August 8, ADEM said it had received a “similar complaint” about dust plumes at the facility on July 5 and August 3.

“We have been working closely with the Alabama Department of Environmental Management (ADEM) to resolve concerns raised at the Holcim Theodore cement plant earlier this year,” the company said in a statement to AL.com.

“Because of these concerns, we passed a resolution that includes a fine.”

The company said it is working to address the issues that led to emissions.

“We take responsibility for the actions, and indeed since that time we have taken specific actions to address fugitive dust emissions generated during the unloading of raw materials from ships and barges and have developed a plan to address such emissions from the facility’s surroundings to ensure future compliance,” the statement said.

In the company’s response to ADEM’s allegations, Holcim also said it had no record of any plume fugitives on July 5 or 27 and was “unable to conduct a timely investigation” into those incidents.

In the settlement, ADEM said it was “aware of the efforts made by the permitting authority to minimize or mitigate the environmental impact of these violations, but those efforts were not adequate to eliminate the visible emissions and fugitive dust.” address the sources identified in the permit.”

The Consent Order, signed by Holcim Theodore Plant Manager Clay Copeland, represents a negotiated settlement between ADEM and the company. The company neither admits nor denies the Department’s allegations but resolves the alleged violations.

“The Department has agreed to the terms of this Consent Order to resolve the alleged violations cited herein without undue expenditure of government resources in pursuing the above violations,” the order reads. “The Department has determined that the terms provided in this consent order are in the best interests of the citizens of Alabama.”