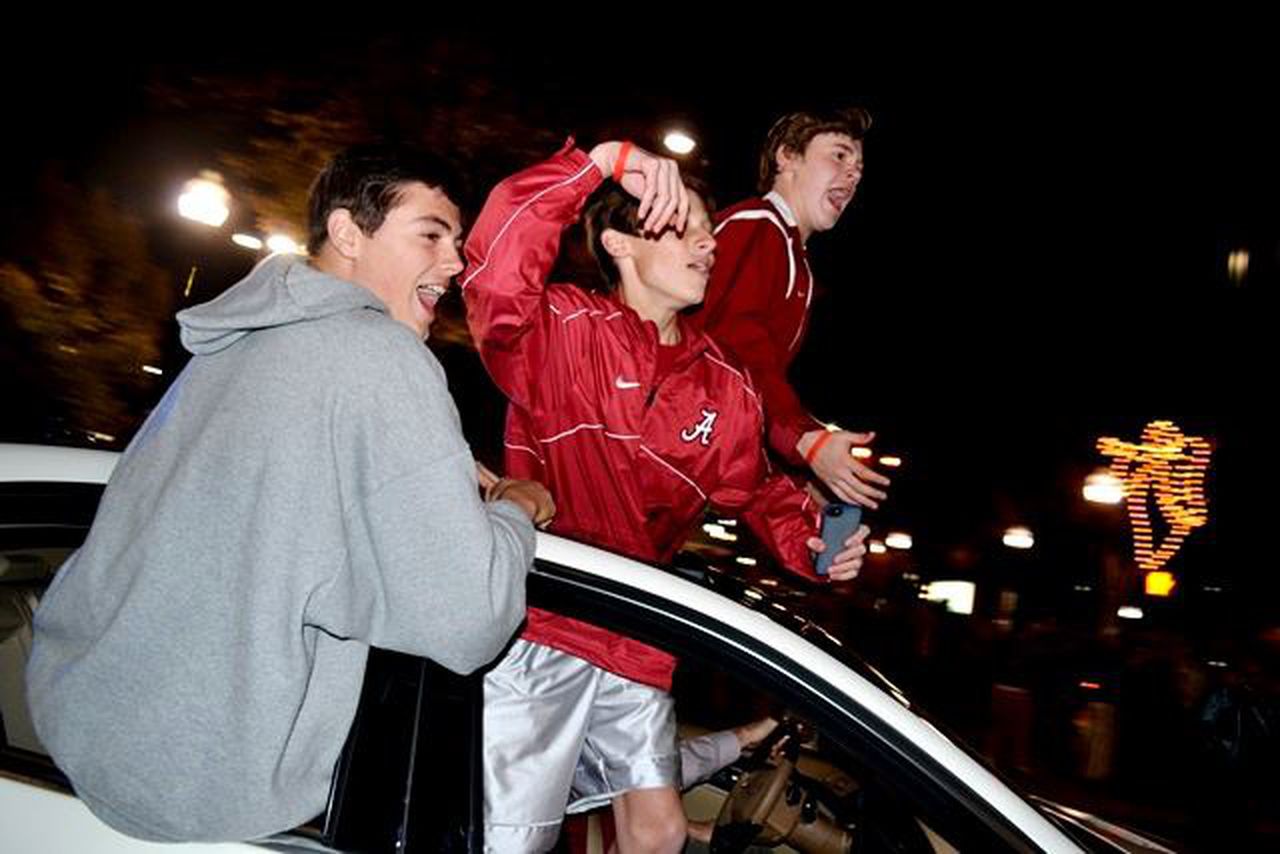 Almost 10 years ago to the day, BCS chaos swept the Strip in Tuscaloosa when a losing Alabama soccer team went through another cupcake win before a few upsets plunged them back into the championship talks.

The Crimson Tide, who lost to Johnny Manziel and Texas A&M just a week earlier, celebrated a 49-0 win over Western Carolina on Saturday, November 17, 2012 in a way they never thought possible.

They swarmed the Strip, a typical post-national-title tradition, just as No. 1 Kansas State and No. 2 Oregon went to Baylor and Stanford, respectively, and shook up the Bowl Championship Series race.

Remember the BCS – the complicated and contentious selection system that determined the top two teams that would compete in national championship play?

The BCS has since been replaced by the College Football Playoff in 2014, which is itself expanding to 12 teams (no earlier than 2024 and no later than 2026)?

READ: Alabama Strip Celebrations: Look back at every wild fan invasion of the Nick Saban-era Strips

So, with a 12-team playoff on the horizon and here to stay for the foreseeable future, it’s safe to assume we won’t see a BCS revival any time soon.

And while crazed Tide fans will no doubt take to the streets just blocks from Bryant-Denny Stadium (and thousands of miles from where Bama wins a title), it won’t be because their team is system replayed.

And, OK, “played” certainly isn’t the right word for it, because Alabama usually had the best team if they allowed a blemish on their record in any given season.

Even the most devoted fans would concede that Nick Saban’s teams (rightly) had the benefit of the doubt most of the time.

After Johnny Football trampled on Bryant-Denny, The Tide dropped to 4th, completely out of contention.

Things were looking bleak until 13th-ranked Stanford shocked powerful No. 2 Oregon and Baylor beat No. 1 Kansas State to put Alabama in prime position to possibly earn a BCS National Championship berth with an SEC champion a likely front runner to secure a defeat.

All they had to do now was beat Auburn in the Iron Bowl the next week (which they did 49-0 lol) to win the SEC West, and then beat Georgia in the Conference Title Game (which they did in an instant classic). Secure the opportunity to meet Notre Dame in Miami for a third national title in three seasons.

You know the rest of the story (they went back down the same street about a month later after winning it all), but it’s fun to look back on a unique moment in Alabama and college football history as rowdy fans lavish Lost in their wits, they were giving high-fives and hugs and honking their horns in traffic shortly after their team suddenly got back on the hunt.

Check out our photos from the scene in the gallery above.