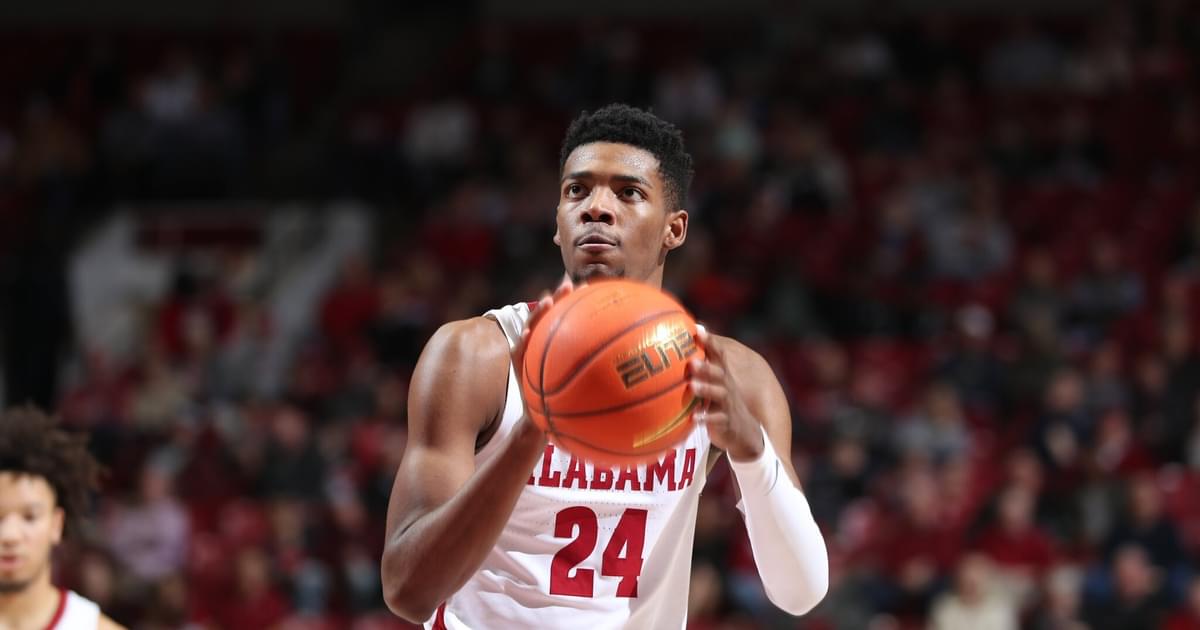 On Friday, Alabama returned to the Coleman Coliseum with a dominating offensive performance against Jacksonville State, winning by a score of 104-62. Alabama took a 12-point lead at halftime and never looked back.

Alabama got into Friday night’s matchup and led the nation in rebounding, averaging 58.3 per game. The Crimson Tide finished the night with 49 rebounds but didn’t have as many opportunities down the offensive glass tonight as they shot an impressive 51.5% from the floor.

After struggling from the 3-point line in the first three games of the season, the Crimson Tide broke out of their trough, shooting 45.7% from behind the arc and hitting 21 3-pointers, just two shys from the tie in the Alabama single-season record. Alabama had scored 12 3-pointers by halftime, which was more than any of the previous games. Brandon Miller led the charge, sinking seven of his nine 3-point attempts.

Transfer from Texas Tech Nimari Burnett’s shooting ability was highly praised by coach Nate Oats and tonight Burnett had a coming-out party with a season-high 18 points, but even more impressive was his efficiency behind the arc, hitting five of his six shots .

For the first time this season, the Crimson Tide’s shooting looked as it should be expected from a Nate Oats-coached team and what a great time for this young team to make their move heading into the Phil Knight Invitational Goes Portland, Oregon begins on Thanksgiving Day with a matchup against Michigan State. Other teams in the invitational are #1 North Carolina, #25 UConn, Iowa State, Oregon, Portland and Villanova.