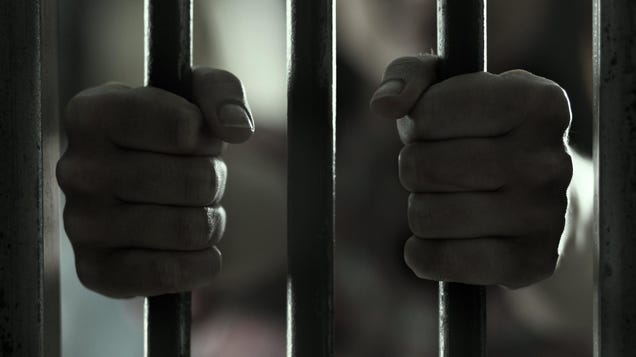 An Alabama woman jailed over alleged drug use while pregnant wasn’t even pregnant — and was jailed for three days before she was even allowed to take a pregnancy test, according to a Monday report in AL.com.

Stacey Freeman was investigated by county human resources for suspected drug use after one of her young children told a social worker that her mother was pregnant. Without any medical clearance, Etowah County Sheriff Investigation Brandi Fuller issued a warrant for Freeman’s arrest for chemical endangerment of a child, and Freeman was committed to the Etowah County Detention Center on February 1.

Freeman’s attorney, Martin Weinberg, filed a lawsuit against the sheriff’s office this week alleging the injustice, seeking unspecified damages. “It’s just embarrassing that you can hide the word from someone that someone is pregnant,” Weinberg said. “It’s easy to prove with a pregnancy test.”

Not only was Freeman absolutely not pregnant, the lawsuit states, she was on her period and was denied access to feminine hygiene products while in detention. According to an earlier report by AL.com, another woman, who was also jailed over alleged drug use while pregnant, was arrested just days after giving birth, and her boyfriend told the outlet she wasn’t even given “panties or pads.” and “was stuffing paper towels or toilet paper down her pants to stop the bleeding.”

When Freeman was released, her lawsuit states that instead of apologizing, Fuller warned her not to get pregnant or she could face additional charges.

Etowah County is notorious for excessive confinement of pregnant women.

“Ever since we began prosecuting and defending clients in Etowah related to pregnancy-related criminal cases, we have found a common bond. Investigator Brandi Fuller appears on nearly all of the more than 150 recent warrants and helps send people to jail for alleged “fetal rights,” said Dana Sussman, deputy executive director of Pregnancy Justice (formerly National Advocates for Pregnant Women). to Jezebel in a statement on Monday. “And now apparently even the ability to conceive is a crime in Etowah. Let’s be clear, even if she was pregnant, this shouldn’t have happened.”

In September, AL.com reported that five different pregnant or postpartum people jailed on suspected drug use had recently been released, including a woman who was arrested when police learned she had recently smoked weed, the same day where she found out she was pregnant. She was forced to either remain in prison or go into drug rehabilitation, which was not possible because rehabilitation centers could not accept her. Lawyers for the woman said state investigators pressured her to “admit” a drug addiction she didn’t have so she could access rehab, pay the $10,000 bail and get out of jail. When the woman refused, she was detained for months. Despite her high-risk pregnancy, she had to sleep on the floor of her cell because the bottom bunk was occupied by two people. She suffered from frequent bleeding and fainting spells.

Other Etowah County women were detained within days of giving birth and were sometimes separated from their newborns for months. Of the more than 1,700 pregnancy-related criminalization cases tracked by Pregnancy Justice between 1973 and 2020, Alabama led the nation with over 600 cases. While only 2% of Alabama’s population lives in Etowah County, it accounts for over 20% of Alabama’s pregnancy-related prosecutions. AL.com reported that in August alone, 12 pregnant or postpartum people suspected of drug use were being held at that county’s detention center.

The sheriff’s office has claimed that its chemical vulnerability policy is designed to protect children. But they do expose children, including newborns, to separation from a parent, while incarcerated pregnant people are twice as likely to miscarry as the general population. A medical expert told AL.com that “mothers’ separation from their infants has adverse effects on the development of infants and children with repercussions well into adulthood.”

In September, Etowah County District Attorney Jody Willoughby said in a statement that he “will continue to prosecute to the fullest extent of the law those who harm innocent life” — by innocent life, of course, he means unborn fetuses. The inverse of Roe v. calf and the growing movement against the abortion of fetal personalities means more and more pregnant people are being monitored and criminalized by ruthless law enforcement agencies who prioritize the hypothetical life of a fetus over the safety and health of a pregnant person.