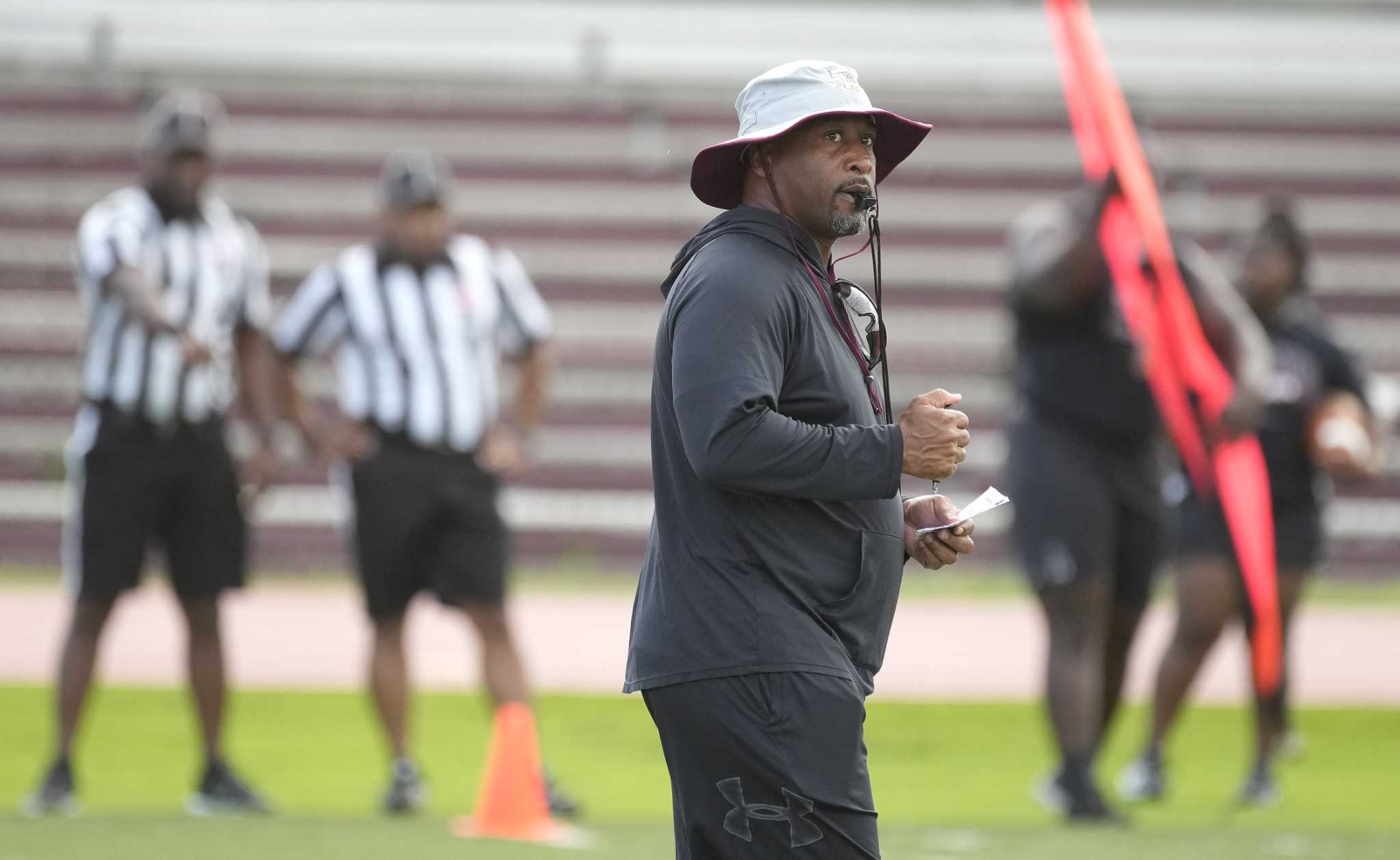 Actually, it should have been celebrated. A maroon and gray party at the A&M field in Alabama.

Instead, the Texas Southern University Tigers were mostly vacant. But they also went with a lot of something.

Coming from where they came from, being so close to what they played for and having it snatched away is representative of the cruelty of the sport.

But failing to get where they were – for the first time since 2000 on the cusp of a winning season chasing the conference championship game – is still a success story.

Alabama A&M compiled touchdown drives of 81, 80 and 67 yards in the fourth quarter and scored the last 21 points of the game to stun TSU on Saturday afternoon.

The 24-20 loss was a huge blow to a team that has shown so much struggle this season, a turnaround season for the program and head coach Clarence McKinney.

So much hope and heart shown before and yet such a brutal ending.

Bulldogs quarterback Xavier Lankford rushed for 39 yards for the winning goal in fourth and first, dashed the Tigers’ hopes of a successful season and a trip to the SWAC Championship Game.

The Tigers entered Saturday’s competition with an outside chance to win the West Division to earn a berth in the title game against Jackson State on Dec. 3 in Jackson, Ms.

To even come close to this trophy is a success for the Tigers.

TSU has won only one SWAC title since 1968. Worse, this one never officially happened as it was erased by NCAA sanctions. As fun as the 2010 run was back then, it’s a flop for the school’s athletics department.

The road to seriousness was long.

For the program and McKinney.

The Houston native of Yates High graduate took over at TSU in 2019 after the Tigers suffered 2-9 straight seasons under Michael Haywood.

In an emotional press conference announcing his hiring, McKinney pledged to do everything in his power to bring TSU a title.

Finally we can see this come to life. McKinney, a well-known recruiter, found success with local players that TSU had previously been unable to attract to the Third Circuit campus.

From all corners of the city he has players on the court who are proud to be tigers.

He started with so little.

TSU was winless in McKinney’s debut season. The next year, his efforts were derailed by the global pandemic.

The 2020 fall season has been canceled due to COVID-19. SWAC moved conference games to Spring 2021, but TSU only played two contests and lost both.

They picked up a win over Alcorn State by surrender.

McKinney coached for nearly three years before claiming his first victory on the field, a romp over North American University. The Tigers finished last year with three wins and a 2-6 mark in SWAC play, but were more competitive than their record suggests.

Depth was an issue as TSU struggled to finish games.

This year’s Tigers were tougher.

Their 5-5 record meant a win would give them their first winning season in 22 years. Mississippi Valley State’s win over Prairie View ended a game while TSU and Alabama A&M were in the fourth quarter

A few minutes before TSU’s Andrew Body found Randy Masters on a fast incline, the Yates rookie sped into the end zone for a 39-yard touchdown and a 20-3 Tigers lead.

At that point, if the Tigers thought they could go home with the win, they were wrong.

Seven minutes into the game, Body was sprinting for a safe touchdown. Just as he was about to dive into the end zone, Dre Terry knocked out of his hand and it was recovered by the Bulldogs in the end zone.

Barely a minute later, Alabama A&M cut TSU’s lead to three points with a 34-yard touchdown pass from Lankford to Cameron Young. On the next possession, Lankford went back to work and led the game-winning drive.

There would be no street team celebration.

No conference championship game against Deion Sanders and Jackson State, the most hyped HBCU program of this century.

The Tigers and McKinney left disappointed at the loss.

Their loss on the scoreboard comes with a win because they knew how close they were to so much more.

Wait until next year?

Secure. But let’s applaud this one for the steps taken. Even if they came up short.