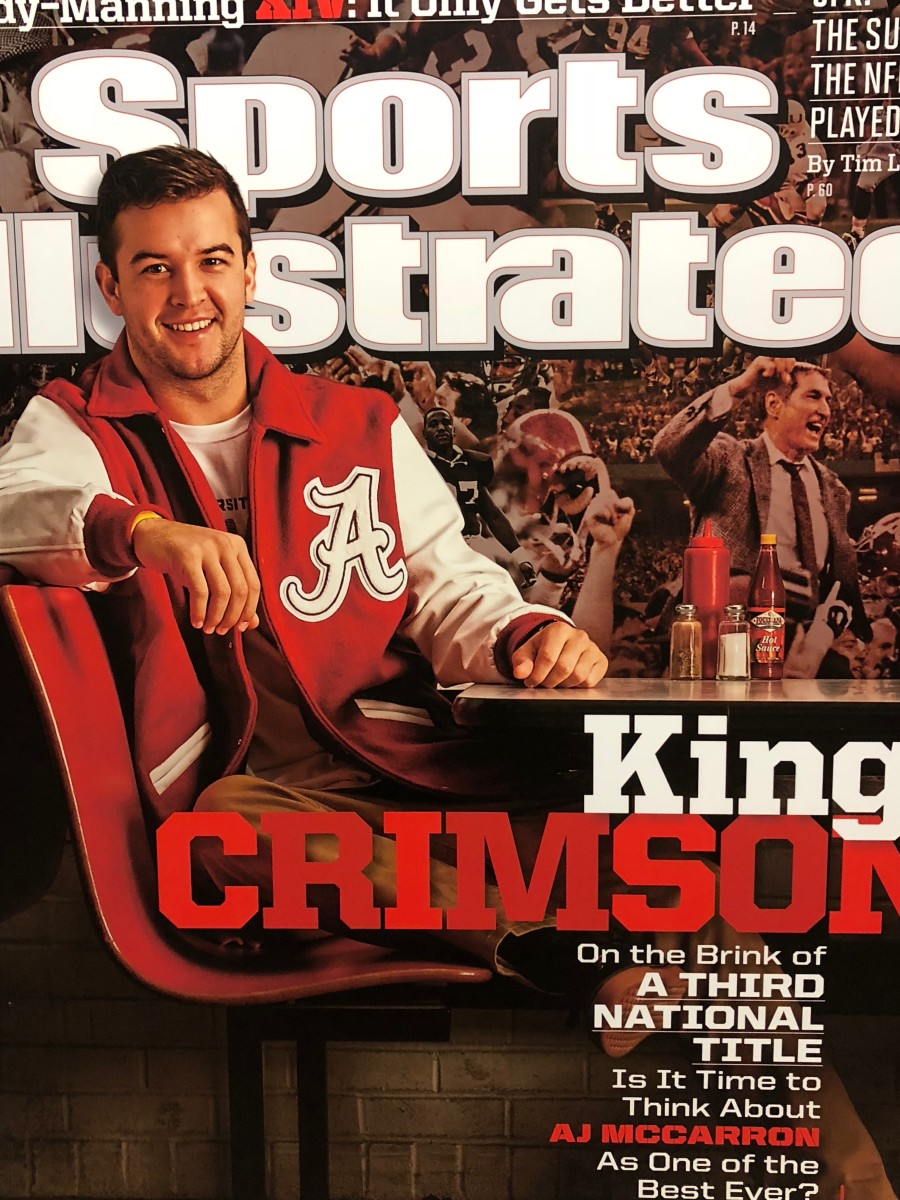 Take a look around and subscribe to our new ones for free:

There is also the BamaCentral forums.

On this date in the history of the Crimson Tide:

November 25, 2013: Alabama quarterback AJ McCarron appeared on the cover of sports illustrated. Editor-in-Chief L. Jon Wertheim wrote: “By conventional standards, McCarron isn’t going to raise eyebrows. He won’t often throw 300 yards, like, for example [Johnny] Manziel, Marcus Mariota of Oregon, and Teddy Bridgewater of Louisville. He’s not a double threat. On the other hand, if you want to make an argument for McCarron, you could do worse than start here: he has as many national championships as losses.”

November 25, 2017: Although Alabama had to play the last 10 minutes with just three players, Collin Sexton scored 40 points and narrowly held the game in an 89-84 loss to No. 14 Minnesota at the Barclays Center Classic in New York. When a near-fight broke out in the game, scores of Alabama players left the bench and were automatically ejected.

Crimson Tide Quote of the Day:

“Of course I’d love to beat Notre Dame, don’t get me wrong. But nothing beats Cow College across the state.” —Paul W. “Bear” Bryant

We leave you with that…

He did this before taking his first snap in the NFL:

No. 18 Alabama Basketball makes statement with 81-70 win over No. 12 Michigan State

On Thanksgiving Eve, Nick Saban lists what he’s grateful for