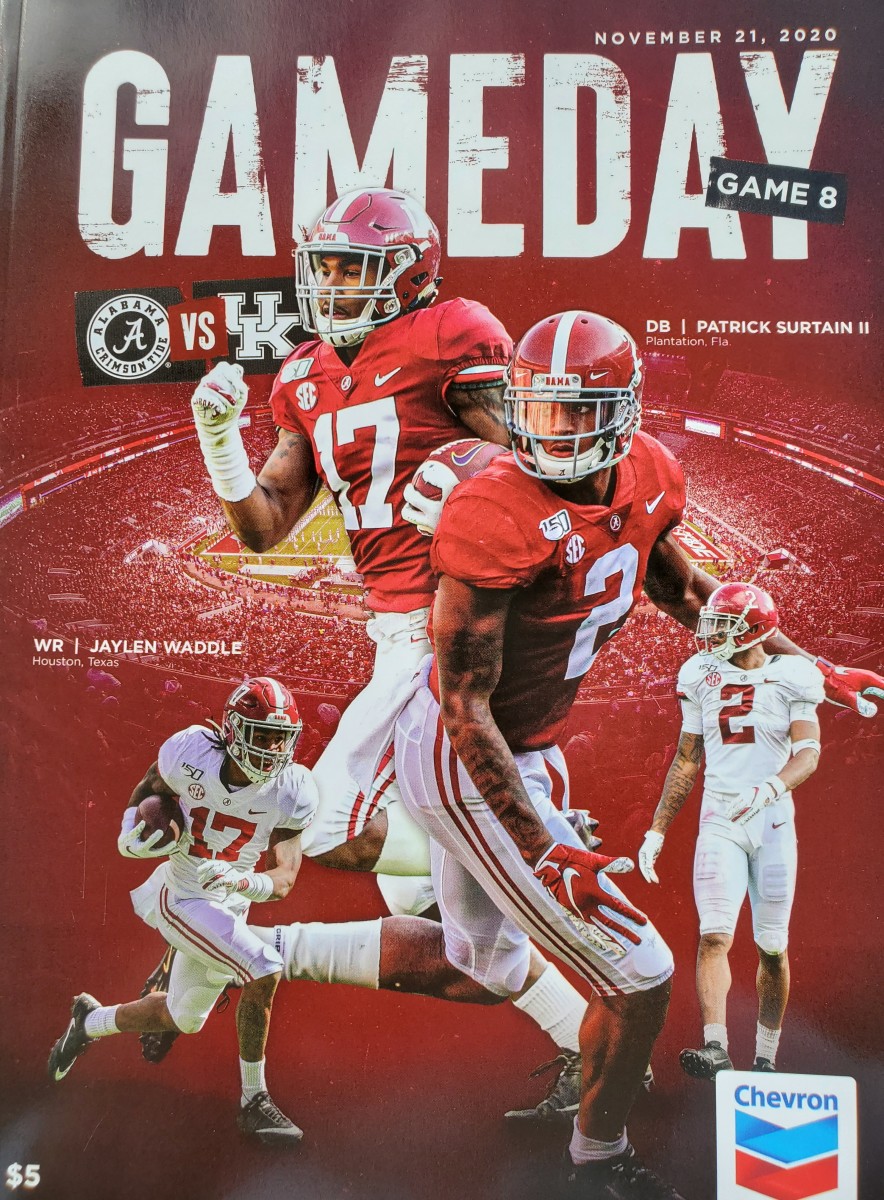 Take a look around and subscribe to our new ones for free:

There is also the BamaCentral forums.

On this day in Crimson Tide history

November 21, 1942: Alabama beat Vanderbilt 27-7 at Legion Field in front of 17,000 fans in Birmingham. Johnny August on an 11-yard run, Bobby Tom Jenkins on a one-yard dive, Dave Brown on a five-yard scamper, and Bill Baughman on a 50-yard pass reception from Red Burns were for the Crimson Tide touchdowns responsible.

November 21, 2015: Cyrus Jones returned two punts for touchdowns in his last game at Bryant-Denny Stadium, a 56-6 win over Charleston Southern. Jones scored on returns of 43 and 72 yards and became the first Alabama player to score twice on punt returns, according to school records from 1944. He is also the first Crimson Tide player to have touchdowns on punt returns in consecutive games. “I’m just glad I went out like this, in a kind of dramatic way,” Jones said. “It’s something I’ll never forget.”

Crimson Tide Quote of the Day

“I told the players that if we had lost that game today there would be nothing to mar what you have achieved. You’d be an NFL player in a Mercedes-Benz one day and roll down your window to talk to a pretty girl and she said, ‘You lost to Chattanooga when you played in Alabama.’ No one would ever forget that.” — Nick Saban after Alabama won that day in 2009, 45-0.

We leave you with that…