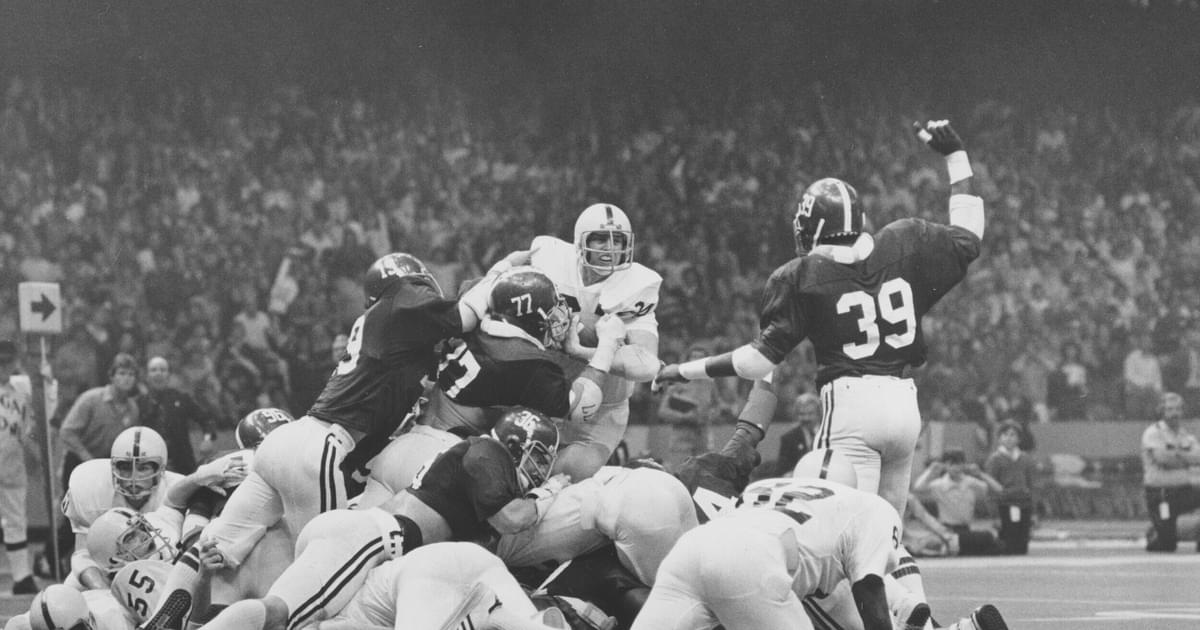 Before Rich Wingo became an Alabama representative or a star middle linebacker for the Green Bay Packers, he learned some valuable lessons while playing for coach Bear Bryant at the University of Alabama.

Wingo recently appeared on the 1819 News podcast, where he spoke about what it was like playing for the legendary coach and how things have changed for players in college football.

Wingo came to the University of Alabama in the late 1970s. There he met his 42-year-old wife and had four successful seasons with the Crimson Tide. But things almost went in a different direction when Wingo was dropped from the team in his junior year.

“Coach Bryant, I don’t think he liked me very much. He kicked me off the team,” Wingo said. “I met him in his office after practice that evening. He told me he thought I was a good player – I thought he was a good coach – but he just wasn’t sure if he wanted me on his team. Broke my heart, crushed me. He told me that I was happy and content with where I was and he said, “I want to have people around me who are sold out, who are giving their all, who are committed.” And he said, ‘Rich, you’re not.’”

The next day, Wingo said Bryant would let him return to the team, and from that point on Wingo was fully committed to being the best player he could be.

“I was the first person on the field, the last to go, the one to be there at every practice, giving everything I had… I came from a place of contentment to get involved. That’s because [Bryant] cared enough about me to push me to take me somewhere I didn’t want to go… The seven years that I played in Green Bay I would always look back on. And that was the difference in my football and probably in my life in terms of effort. So coach Bryant had a huge impact on my life.”

Wingo speculated that if the same thing had happened to him in today’s collegiate sports climate, he might have taken the easy route and switched instead of making an effort.

“I would have had my nose in the air and gone to the [transfer] Portal. I would have just given up and missed the greatest lesson I could have learned,” he said.

Ringo pointed out how difficult it can be for coaches to give players the “tough love” they need when they can easily transfer to another team.

“One thing I worry about today, with everything that’s going on this year, I couldn’t imagine being a coach today,” he said.

“When I step on this player because he desperately needs someone to love him hard and make him do things he doesn’t want to do… he goes to the portal. He will change tomorrow. He gets paid. He can go anytime he wants to go. I’m sorry but when I was 18, 19 years old I was very immature… We do stupid things and we don’t like being told what to do at that age. I couldn’t imagine the coaching today. I would think it’s extremely difficult.

“When I was there, we lived in a dorm. They paid for our food. They paid for our education. We felt blessed to receive free education,” he added. “We had to work for it. We worked extremely hard. It’s a price to pay, but what an honor. Today, I feel like young people feel entitled because they’re made to feel entitled… When you truly love someone, the greatest thing you can do is love them, and sometimes that means to get them to do things they don’t want to do. That’s the beauty of sport.”