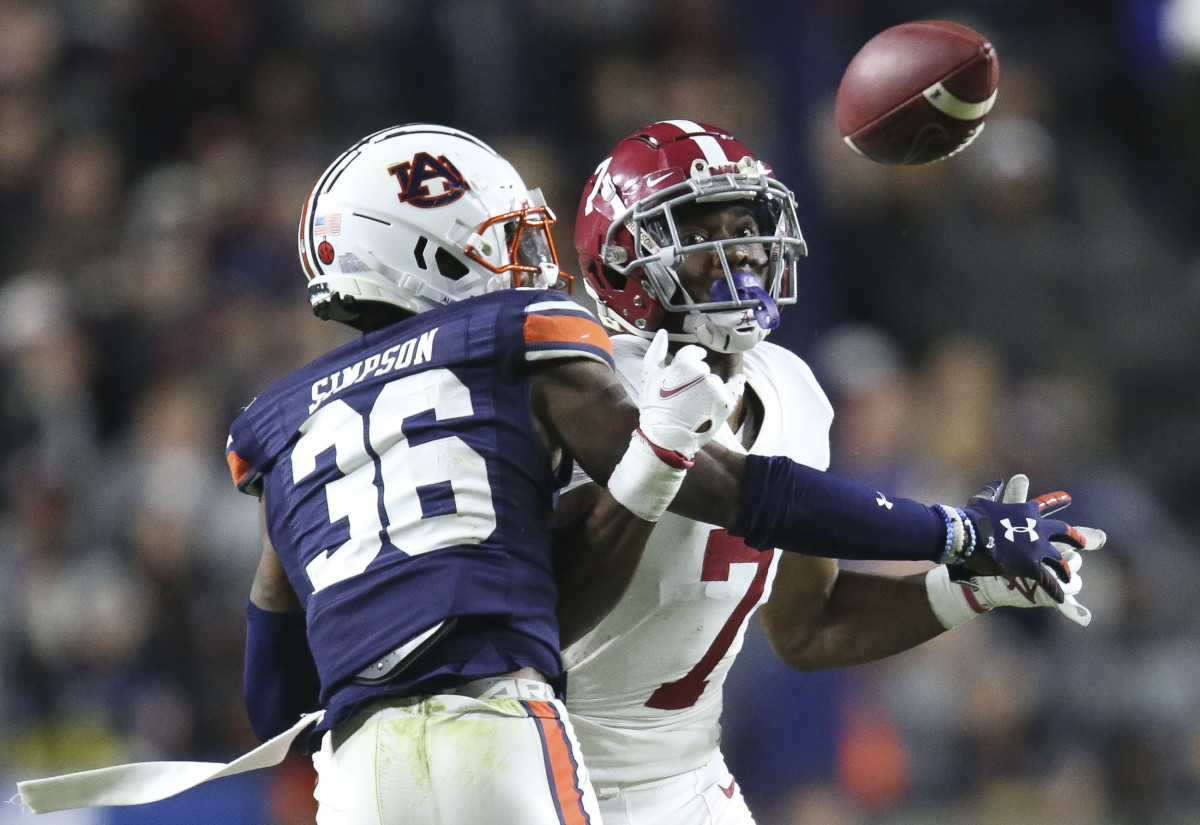 Christopher Walsh’s All Things CW notes column will appear in five parts this week, one each day as Alabama Crimson Tide prepares to host Auburn for the Iron Bowl.

This is going to sound a bit like a cop, but eventually you just know the answer.

What is the best greatest rivalry in college football?

There are some great ones, and this year we saw some notable things, although the Alabama Crimson Tide lost twice in the last game and then had to deal with cheering fans who rushed onto the field.

Alabama and Auburn are still the big ones it in that regard.

Do you think anyone on the Plains forgot how the game went last year? As much as they try to forget it, Crimson Tide fans won’t let them — especially since they’re still hearing about the Kick Six.

However, let me come back briefly.

In 2004, after seven years of coverage for the National Football League and three seasons in Major League Baseball, I took the step that changed my life dramatically and took a job covering athletics in Alabama.

I’d been to exactly one Crimson Tide game back then, and it happened to be Gene Stalling’s last game, the 1997 Outback Bowl vs. Michigan. I left Tampa Stadium that day thinking the Crimson Tide fans were a little crazy.

However, with the new gig, I wanted to fully immerse myself in all things Crimson Tide, including its rivalries. It’s one thing to hear about them being the backbone of college football and to read things like the late Beano Cook’s commentary calling the Iron Bowl “Gettysburg South,” but living it is quite another Matter.

So, in 2004, I set out to see what the national perception was about Alabama-Auburn. Over the course of this season, 60 journalists from across the country were interviewed about what college football’s biggest rivalries were and why.

Based on voting for the Heisman Trophy, each region of the country had an equal number of voters, although no one working in the state of Alabama was included. Three points were awarded for first place, two for second, and one for third.

Ten years ago, in 2012, I went back and ran the survey again, but with a slightly different approach. The number of voters was halved, with the 30 journalists including five national writers, at least three from each major conference. The rest were at large to ensure Notre Dame was present. Geographically, every part of the country was represented, again with the exception of the state of Alabama.

The real difference was how the college football landscape had changed, and not just that some schools had switched conferences. The last three national champions have all been from that state (a fourth is on the way), and the Southeastern Conference had won six straight titles.

The results were much clearer.

Alabama-Auburn was excluded from only four ballots, while a few writers attempted to vote for more than once (which was not allowed).

Among those quoted in this story was Michael Casagrande, then of the Fort Lauderdale Sun-Sentinel but now back at AL.com: “I can’t think of any other rivalry more intense and all-encompassing than the Iron Bowl, me would do it. I don’t want either. “Passion isn’t even the right word and I’m not sure the English language has one strong enough.”

It occurred to me to do a poll again this season, 10 years later, to compare it to the others, but few of the journalists I polled each time are still around. Most media have made so many cuts that their beat writers are so young they don’t have the experience to make accurate comparisons.

That’s okay. We all know. And it’s not just because the SEC has won 12 of the last 16 national titles, many by Crimson Tide teams that have successfully navigated Auburn.

Army-Navy is awesome and should be on everyone’s bucket list. Some Alabama fans will forever regard Tennessee as the Crimson Tide’s greatest rival. As intense as the state of Michigan-Ohio gets, the schools will forever be in different states, so fans won’t have it in their homes and in their faces 365 days a year.

The Iron Bowl is just different in that regard, regardless of the year, and there really is no need to list all but one of the reasons.

To quote another writer from one of those polls, “There’s no other rivalry that gets so personal,” said Nolan Weidner of the Syracuse Post-Standard. “It’s like a family feud that never ends, and people don’t grow out of it.”

Everything Nick Saban Said on Monday of Iron Bowl Week