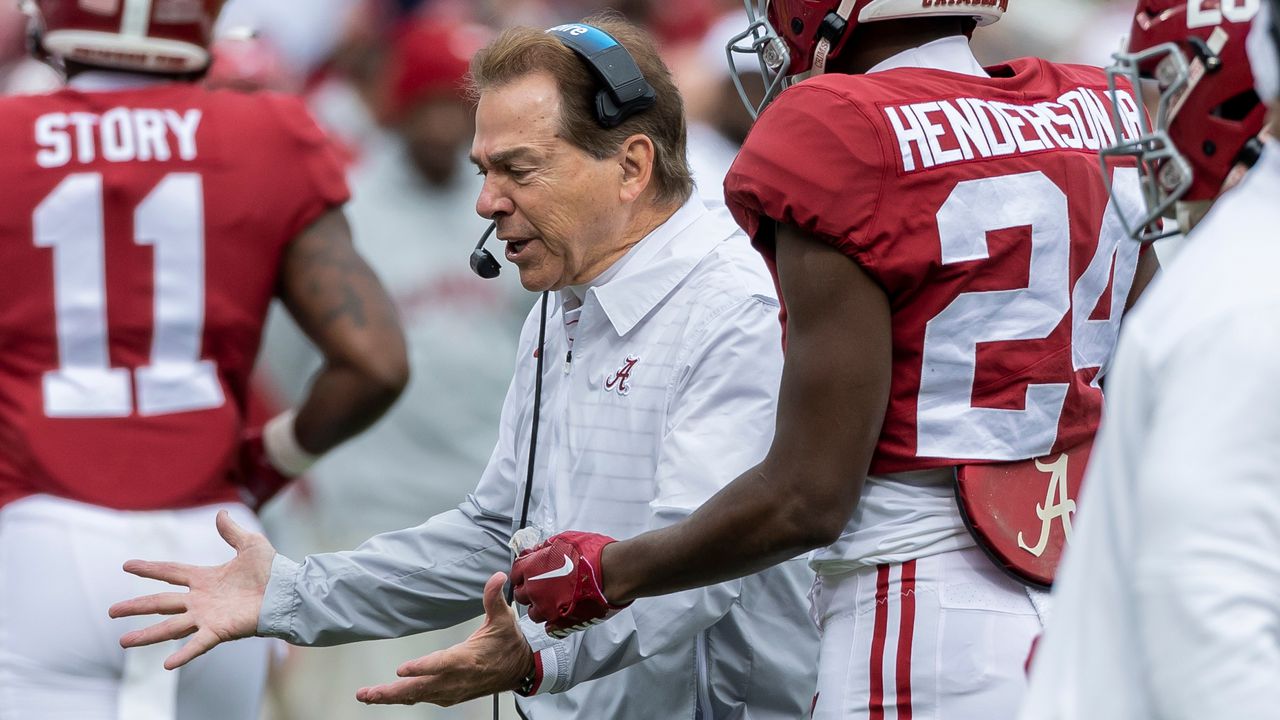 If watching Jase McClellan run football is your thing, then Alabama’s Saturday morning game against Austin Peay is for you.

If not, Tide’s performance in front of a half-empty Bryant-Denny Stadium left a lot to be desired.

McClellan rushed 17 times for 156 yards and two touchdowns in Alabama’s 34-0 win, building on his rise last week after an ankle injury when he ran back Jahmyr Gibbs.

But Alabama’s starters on both sides of the ball stayed on the field into the fourth quarter of a game marked more by the Tide’s stubborn mistakes than its typical dominance over an FCS opponent.

Alabama rotated the ball three times, committed penalties, dropped passes and had head scratches with special teams that contributed to a closer-than-expected first half. The Tide led 17-0 at halftime and extended the lead to 27-0 by the end of the third quarter, but the sleepy late November game at Bryant-Denny Stadium didn’t have the same breezy, one-sided feel as a 55-0 Victory against Utah State, who started the season in September.

Saturday’s shutout victory followed some of the themes of a season that Alabama escaped, where many of its known problems surfaced but faced an opponent unable to capitalize on them. Austin Peay made two early trips to the red zone but got away with no points on both, including missing a 25-yard field goal.

Alabama (9-2) hosts Auburn in the Iron Bowl next week before learning its selection of bowl games eight days later.

Ahead of his final game next week at Bryant Denny Stadium in the Iron Bowl, Young played significantly longer on Saturday than many would have thought.

The starting offense stayed in play for nine possessions, including a final one that stretched into the fourth quarter. That left backups Jalen Milroe and Ty Simpson little opportunity to see the field.

On the one hand, it seemed like a case where Saban allowed the beginning offensive to work out its problems from an uneven season and restore its level of play. On the downside, Saturday presented an opportunity for Alabama to develop and evaluate its two backup quarterbacks ahead of Young’s imminent departure.

The overtime may have helped the offense build on their second-half momentum after last week’s win over Ole Miss to better prepare for Auburn and its bowl game. But Young and other members of the offensive line are running out of time at Alabama, and the offseason will soon raise questions about where Alabama is going next as a quarterback. Saturday didn’t bring much clarity.

Milroe came on at 10:55 in the fourth quarter as the Tide had 10th possession. The quarterback’s first possession as a sophomore ended with a red-zone interception. Milroe returned for a second possession but was replaced after four games by Five-Star freshman Simpson.

Milroe completed 2 of 4 passes for 23 yards and ran twice for 19 yards while Simpson completed a 6-yard pass to Tyler Harrell and a 14-yard pass to Emmanuel Henderson before the final clock ran out.

Young finished 18 of 24 for 221 yards and two touchdown passes for Jermaine Burton. The junior was sacked three times, including a hard hit from a free rusher late in the first half. Left tackle Tyler Steen was injured in the game and did not return.

Young had just 99 passing yards in the first half, but a 50-yard completion to Burton behind what appeared to be broken coverage from Austin Peay started in the third quarter. Burton finished for 128 yards on seven catches. Eight other Alabama receivers made catches, but none had more than 38 yards.

Nick Saban said players and coaches would have to be ready for an 11 a.m. CT start from the start on Saturday, but confusing problems surfaced from the opening start.

Freshman Emmanuel Henderson landed the kickoff from the back of the end zone and tried to return it instead of taking a touchback, leading to a fiery response from Nick Saban on the sidelines. Then, on Alabama’s opening drive, the Tide committed an illegal formation penalty that left offensive coordinator Bill O’Brien dropping his head in his hands in the coaching room.

Alabama’s first drive ended when McClellan crossed the goal line from the 1-yard line in fourth and Tor, a sign of the not-so-easy day the Tide was to come, even as it scored points.

Austin Peay rebounded from an Alabama turnover in the first quarter when a punt touched Tide freshman wide receiver Kendrick Law before Kool-Aid McKinstry could field it. Another freshman receiver, Isaiah Bond, later in the quarter committed Alabama’s second turnover when he fumbled for a catch.

Alabama entered the day ranked 96th on the FBS with a minus 4 turnover margin, and that dropped to minus 6 before The Tide regained three turnovers from Austin Peay later in the game. These included interceptions from McKinstry and Brian Branch, and a fumble recovered by defenseman Damon Payne.

But Milroe’s interception in the fourth quarter gave Alabama an even range of revenue (3 takeaways, 3 giveaways) for the game.

Overall, Alabama has committed just four accepted penalties for 30 yards. But right tackle JC Latham, who was an ineligible receiver in downfield in the third quarter, erased a Bryce Young touchdown pass to Kobe Prentice, the kind of violation that has held back the Tide in more competitive games this season.