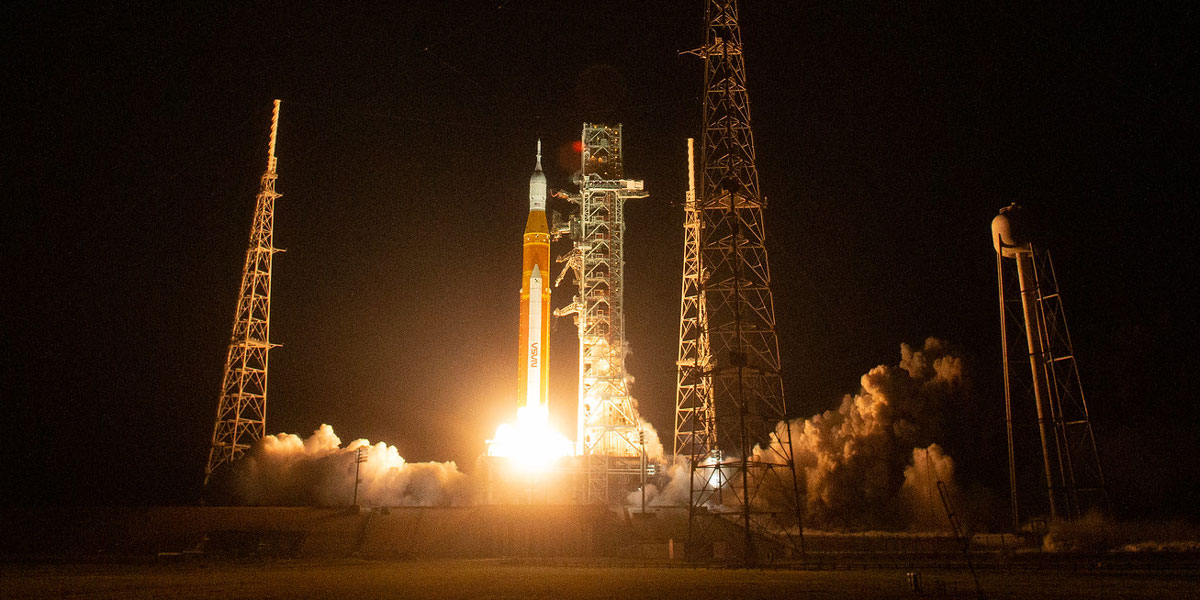 NASA’s Space Launch System—the space agency’s most powerful rocket ever—launched it opening mission Earlier this week, thanks to important contributions from scientists, engineers, technicians and other workers in Alabama.

After the successful launch, NASA’s Orion spacecraft is on its way to the moon as part of the Artemis program. SLS took off in an unmanned Orion at 12:47 a.m. Wednesday from Launch Pad 39B at NASA’s Kennedy Space Center in Florida for its flight test debut.

NASA said the launch represents the first leg of the Artemis 1 mission, which will take Orion about 40,000 miles beyond the moon and return to Earth over the course of 25.5 days.

Officials from Alabama congratulated Marshall Space Flight Center in Huntsville, who led the design and development of SLS, and the Boeing workforce in Alabama, who also played key roles in the program. According to NASA, 106 Alabama companies have contributed to the SLS and Orion projects.

“It is wonderful that America is again taking the lead in space exploration with the Artemis I program. It’s a source of pride for all Americans and can fuel a new generation of young dreamers to pursue science, math and engineering studies,” said Gov. Kay Ivey.

“Artemis I can extend the reach of the future space workshop by taking the first woman and first person of color to the moon and proving that space exploration is for everyone.”

Greg Canfield, Secretary of the Alabama Department of Commerce, was at the Kennedy Space Center for the groundbreaking launch.

“The launch of Artemis I is another milestone in the impressive history of NASA’s Marshall Space Flight Center,” he said. “From the groundbreaking development of the Saturn V rocket over half a century ago to the design and development of the new SLS that will bring Artemis back to the moon, thousands of space workers in Alabama can be very proud of having contributed to this incredible achievement to have.”

Not only did Marshall contribute to Artemis I, his teams are already building rockets and working on other technology and hardware needed for future missions that will return American astronauts to the surface of the moon to establish a long-term lunar presence.

“Artemis I will carry much of the expertise, effort and pride of our Marshall team members,” said Marshall Director Jody Singer said. “From making and testing the bones and brains of the Space Launch System rocket, to assisting with that flight and beyond, we are so proud to contribute to this historic achievement in our nation’s space program.”

Boeing, which has had a strong presence in Huntsville for over 60 years, acted as prime contractor for the design, development, test and production of the launch vehicle core and upper stages, as well as development of the flight avionics suite.

“War Eagle! is written somewhere on this vehicle (Artemis),” said Pelfrey. “I won’t say where or who put it there, but I can assure you, ‘War Eagle’ is already there.”

Auburn University has contributed significant technical and administrative talent to the Marshall Space Flight Center and the nation’s space program, including several astronauts.

(Courtesy of Made in Alabama)