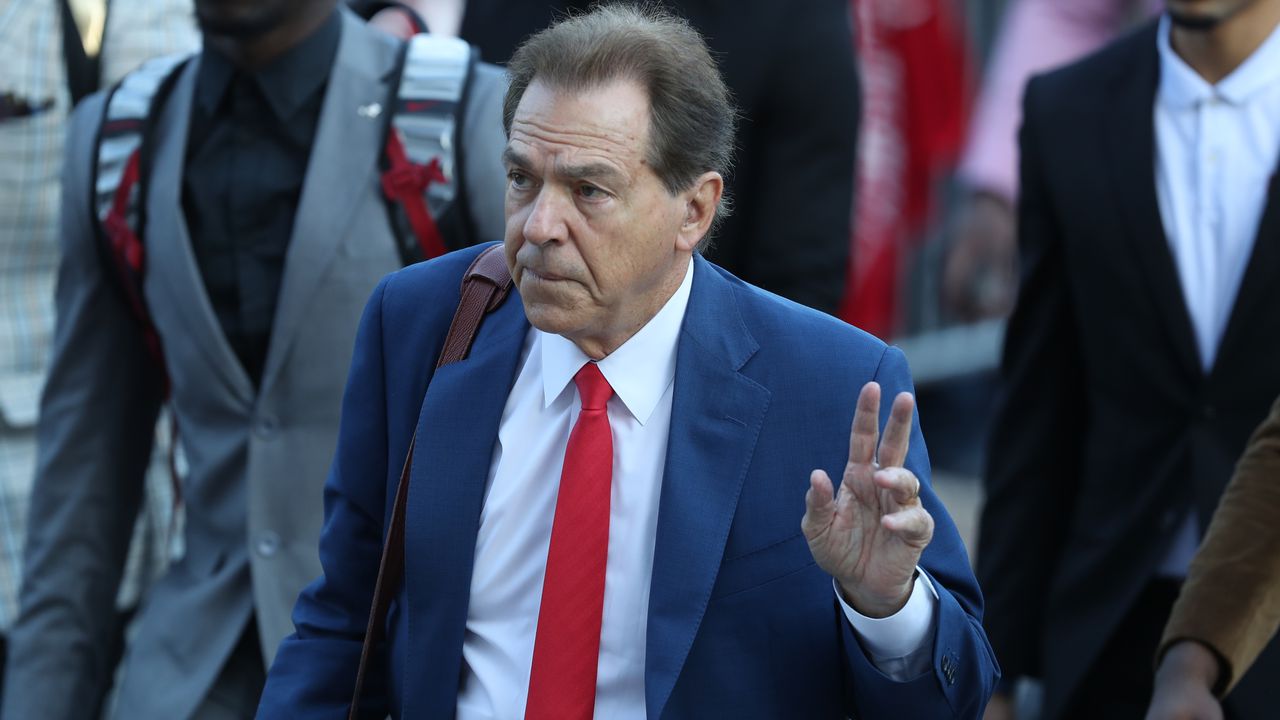 Here were the highlights from Nick Saban’s post-game press conference:

— Saban: “I was very happy with the way the team came out and played today. I thought we controlled the line of scrimmage and only had 500 yards total offense.”

– Saban noted that the defense stopped Austin Peay twice in the red zone after his two turnovers in the first quarter.

– Saban said Jase McClellan, Jermaine Burton and Bryce Young all played well. The offense wanted to build on the momentum they played against Ole Miss in the second half and “that’s something I think we did a good job today. It wasn’t perfect.”

— McClellan has played well this past season, Saban remarked when asked what he learned about running back as a third year. “I haven’t learned anything about him. I always thought he was a really good player. You’re just beginning to find out.”

— “Jase is tough, he is physical. he can miss you He’s having an outbreak. He’s a good receiver. He’s a good blocker,” said Saban.

— When asked if he could play starters in the fourth quarter, Saban replied, “I don’t know what would lie in the decision to take them out. We’re trying to develop our team.” Saban said he wanted Milroe to play with “good players” and played a drive with the starters.

— “If that’s the only thing we have to complain about today, then I think God has blessed me,” Saban said while playing backups late in the game.

– Saban said one of the biggest plays of the game was a fourth and fifth conversion in the second quarter on a 23-yard catch by Jermaine Burton.

— When asked about the importance of nurturing younger players, Saban said they wanted to play as many players as possible and they played multiple wide receivers.

— “Obviously Latu was out,” said Saban, who didn’t initially elaborate on the reason for Cameron Latu’s absence but said it gave other tight ends a chance to play. Saban later said Latu had a twisted ankle.

— “We will continue to focus on getting turnovers, but we will also emphasize ball security,” said Saban.

– When asked about Robbie Ouzts, Saban said he played more H-Back but the sophomore was “very mature” but “certainly a very reliable guy”.

— Saban said Tyler Steen has a twisted ankle and is day to day. Jahmyr Gibbs (ankle), Latu (ankle) and Ricks (head) were due to start training Monday, he said. Saban stated he will not be providing a full injury report but will be answering questions about specific players.

– Saban ends with: “You know how much I appreciate you all. Thank you very much.”