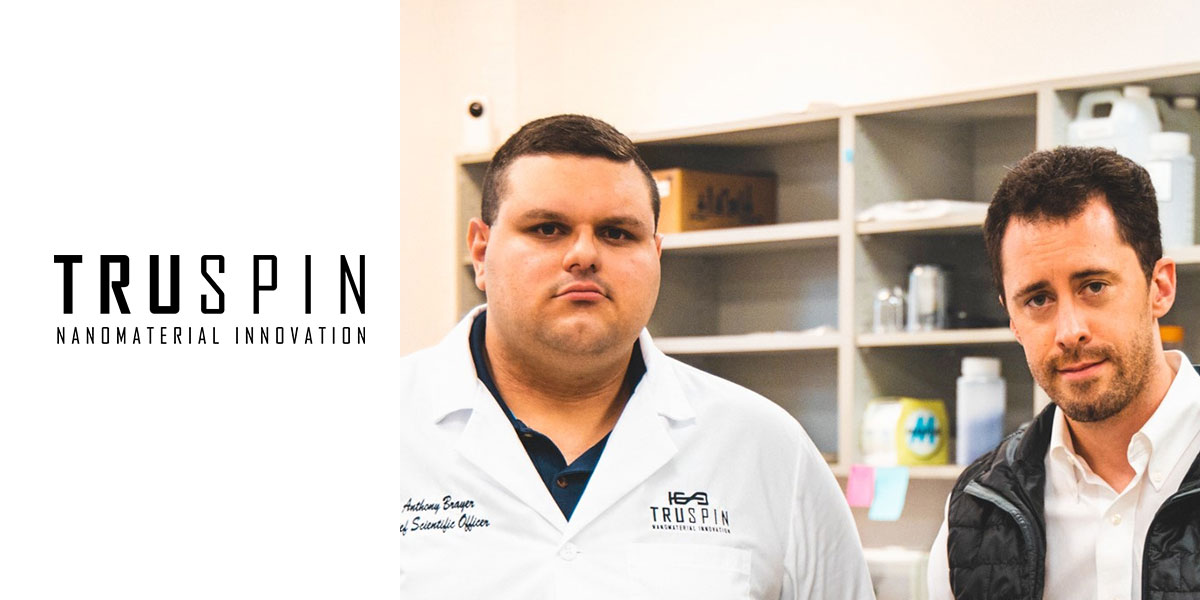 TruSpin, a Birmingham-based manufacturer of rare nanofibers, is the world’s first commercial operator of an alternating current (AC) electrospinning system.

The process that TruSpin employs allows the company to efficiently mass-produce unique nanofibers that are used in everyday life for a variety of everyday necessities.

According to Robert Agnew, co-founder and CEO of TruSpin, nanofibers are “so small that if a red blood cell were the size of a house, one nanofiber would be the size of a pencil.”

In the 1950s, scientists first learned to make nanofibers in small batches. Known as a “miracle material,” Agnew said, the scientists said they then hypothesized, “If only we could make them in reasonable quantities.”

TruSpin has turned the “if only” into “finally” in a true spirit of innovation.

TruSpin’s technology was developed by Dr. Andrei Stanishevsky and Dr. Invented by Anthony Brayer during Brayer’s PhD studies. The two met at UAB’s Student Startup Accelerator. After completing the program, Stanishevsky and Brayer launched TruSpin and received a license for the technology from the UAB Technology Transfer Office.

The company then became the beneficiary of outside investment, ultimately leading to TruSpin being named one of the recipients of Innovate Alabama’s Supplemental Grants.

Because nanofibers are so small, they have special properties that make them useful for solving complex problems. For comparison, AC electrospinning outperforms existing methods for producing nanofibers in every category. TruSpin has approximately 20,000 times the performance of nanofiber production lines of a similar size.

Agnew described the importance of nanofibers and their role in everyday life, particularly in developing countries.

“Scientists have been studying nanofibers for decades,” Agnew said. “They’ve found all kinds of ways to use them to improve just about every industry. Let’s pick just one – water filtration. Two and a half billion people on earth do not even have access to clean drinking water. Imagine the difficulty of delivering essentials to small villages hundreds of miles down dirt roads – the availability of single-use items like water filters is scant at best.”

“The only thing all villages in the developing world have is fire – things like pottery kilns. With a ceramic nanofiber water filter, the supply chain is not an issue,” he said. “Once the filter is clogged, all debris and germs can be burned off and the filter can be put back into service. One of the things that TruSpin’s scientific co-founder has studied is how many times a filter like this can be reused, and it’s hundreds.”

When asked why the company’s founders decided to open a store in Alabama, Agnew said the state’s business climate made his choice easy.

“Stars fell on Alabama, and they agree here too — nowhere else has so much technical talent, so much startup resources, and so attractive a cost of living,” Agnew said. “You can do anything in the state of Alabama, and the colleges here can teach you how to do it.

“TruSpin owes it all to a handful of incredibly helpful people. When we started TruSpin, it was obvious that we needed to hit a number of long shots in order to be operational, let alone last three years. Luckily fate smiled on us and brought us to this day.”

Agnew then offered his advice to aspiring students wishing to enter the field of innovation.

“You’re probably wondering what you want to be when you grow up. I’m sure that’s a question your parents and teachers have been asking since you were a child,” Agnew said. “No matter how hard you think, self-reflection will never answer that question. Our passions follow the cultivation of our skills. Just start with it – engage in challenging activities that pique your curiosity and don’t worry about whether it’s the perfect choice.

“You will inevitably find things that you enjoy doing. This is where self-reflection should be used – how can you turn that passion into something of value to others, and how will you exchange that value for capital and make a living from it?”