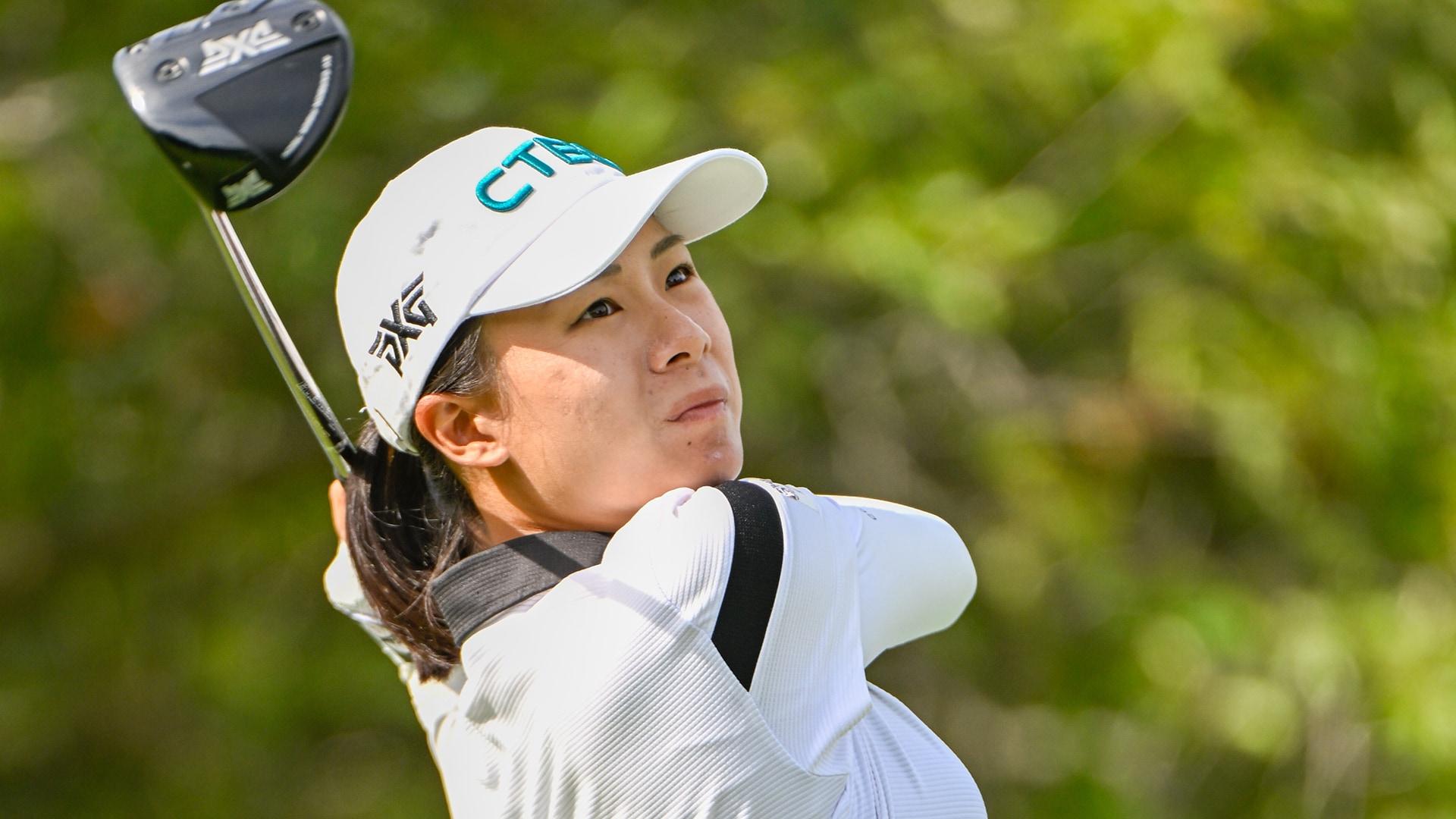 Fifty players kept their LPGA card hopes alive by exiting Q-School second grade in Venice, Fla. on Sunday and punching their tickets for the upcoming Q-Series.

Among them were co-medalists Becca Huffer and Seulki Lee, who each finished 4-under after a tough week for scoring, as well as figures like former Stanford stars Aline Krauter (T-4) and Mariah Stackhouse (T-11) , two-time US Women’s Amateur Champion Kristen Gillman (T-25), Florida State’s recent graduate and All-American Beatrice Wallin (T-25) and Isabella Fierro (T-33), who abruptly left Oklahoma State last spring and switched to Ole Miss Never bat for the rebels before you’ve turned pro.

Then there were the photo finishes. Taiwan’s Yu-Sang Hou and Japan’s Yuri Onishi, who both flew their final holes, the par-5 ninth at Plantation Golf and Country Club’s Bobcat Course, made it over at number 6. Hou, an All-American who left Arizona in her fifth year, was an LPGA rookie last season after finishing 30th at last year’s Q-Series, but she only made three of 12 cuts with one best result of T-55.

Five other players advanced with clear shots, including Hou’s former Arizona teammate Therese Warner and Alabama’s Kenzie Wright, who missed eight of 14 cuts on the Epson Tour last season but even shot a par 72 on 31 in stormy conditions on Sunday scores on the leaderboard.

Of course, for every player who quips through Q-School, there’s usually a player who finds themselves on the other end. San Jose State freshman Natasha Andrea Oon and France’s Celine Herbin each missed their last hole with a double bogey. Amelia Lewis was under 2 for 16 holes before falling 7-over after two consecutive bogeys.

And then there was Kaitlin Milligan, the Oklahoma grad who was three shots within the three-hole number. She then played 7-9 in 4 overs at the Bobcat Course and capped her tournament with a costly double.

Bailey Shoemaker, who signed with USC for the Class of 2023 last week, missed a few shots to also land with 7 overs. She was among several current or future collegiate players to miss out, although those players will be able to compete in next year’s Epson Tour as amateurs.

The six collegiate players promoted to the two-week Q Series must turn pro before competing. If they decline and decide to return to school, they still receive their Epson Tour status.

Your decisions must be made quickly. The first half of the Q Series begins a week beginning Monday at the Magnolia Grove Golf Course in Mobile, Alabama. The second 72 holes, allocated to the top 70 and ties, will compete for LPGA cards December 5-11 at Highland Oaks Golf Course in Dothan, Alabama.