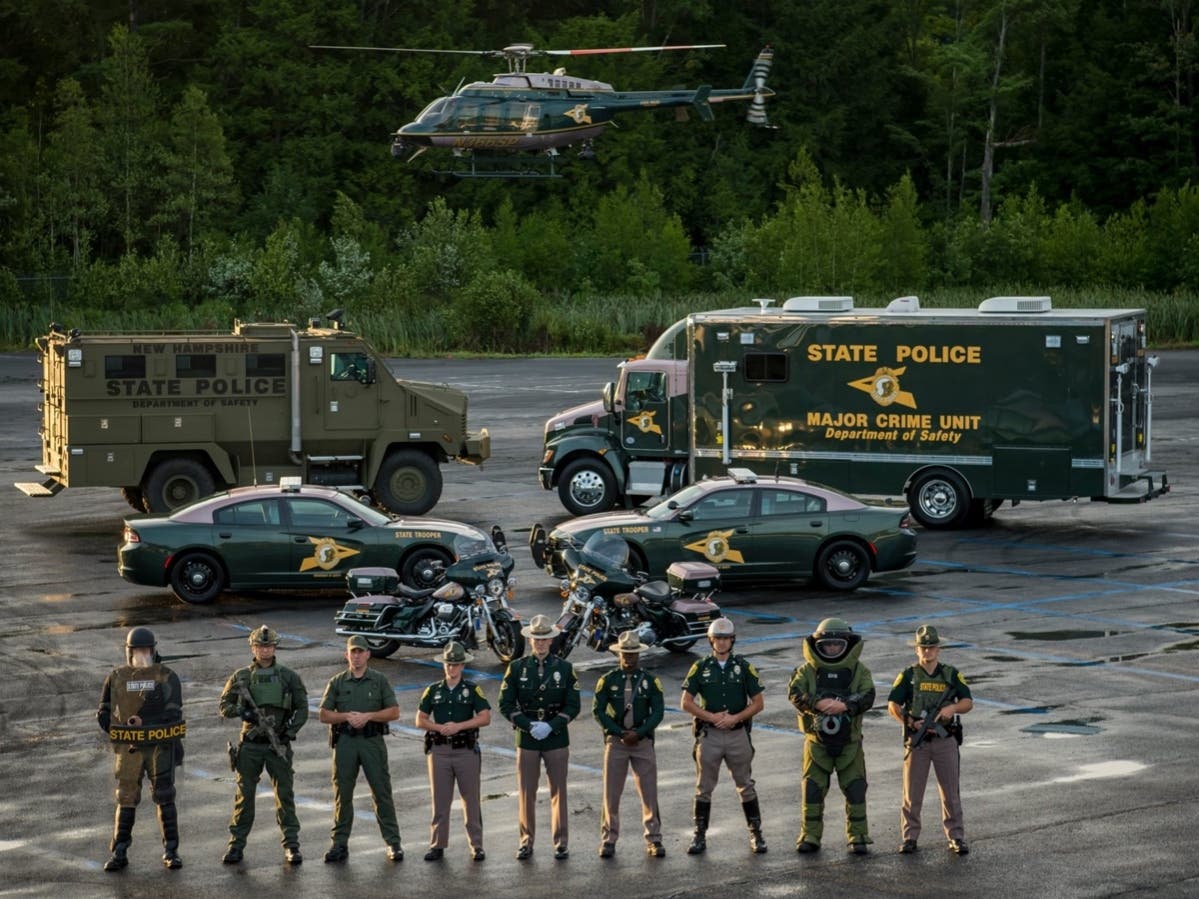 Around 5 p.m. Wednesday, a police officer encountered an accident involving a 2018 Chevrolet Silverado on the westbound lane of Route 25C in Piermont. The driver, Homer Taylor, 59, of Pike, was “seriously injured in the accident and subsequently trapped in the vehicle,” said Amber Lagace, the department’s public relations officer. A woman in the vehicle, Jane Santawa, 59, was also trapped and died as a result of the accident.

“All aspects of the accident are still under investigation,” she said, “but speed and road conditions appear to be contributing factors.”

The soldiers were assisted by members of the Upper Valley Ambulance, Bradford and Piermont Fire Services and the Orford, Haverhill and Piermont Police Departments.

A Chief of Public Safety for the State Police has received a communications award for his leadership and dedication to advancing broadband communications for staff.

“I am honored to receive the Harlin McEwen Award,” said Stevens. “Throughout my career I have had the pleasure of working alongside the men and women who protect our communities in New Hampshire. Serving the New Hampshire Police Department, Fire Department, Emergency Medical Service and Public Safety Deployment has been the highlight of my career. I firmly believe that they deserve only the very best.”

Michael Jeffrey Thiffault, 18, of Wells, Maine, was arrested at 8:07 p.m. on October 30 in Greenland for reckless surgery.

Christopher J. Taylor, 28, of Barrington, was arrested at 3:53 p.m. on October 30 for driving after revocation or suspension, disqualification from driving and misappropriation of license plates in Rochester.

A 25-year-old Milford man was taken into protective custody in Raymond at 3:33am on October 30.

Samantha E. Famolare, 30, of Danvers, MA, was arrested at 3:04 am on October 30 for reckless operation and driving after being revoked or suspended. She was arrested after an incident in Seabrook. Read more about this case here: Massachusetts Woman Arrested After Rollover On I-95 In New Hampshire

Robert George Strachan, 25, of Farmington, was arrested at 11:11 p.m. on October 29 for driving under the influence and having a DUI adult greater than .08; slightly more than 0.02 charges at Dover.

Justin Bruce Digaetano, 32, of Portland, ME, was arrested at 7:13 am on October 27 for reckless conduct – deadly weapon, drunk driving, driving after revocation or suspension, conduct after an accident, driving without evidence, and contempt an indictment by an officer following an incident in Raymond.

Michael J. Demeritt, 42, of Farmington, was arrested at 12:41 p.m. on October 25 in Rochester on a warrant and bank warrant.

Skyla M. Gallagher, 24, of Manchester, and Sean David Akin, 21, of Manchester, were arrested at 8:30 am on October 25 for possession of more than three-quarters of an ounce of marijuana, or 5 grams of hash.

Krystal L. Cummings, 34, of Manchester, was arrested at 8:01pm on November 1 for domestic violence – minor assault – in Merrimack.

Ethan Benjamin Roy, 20, of Nashua, was arrested at 3:10 pm on November 1 for selling or possessing a false ID, possession of a required license, an unchecked vehicle and an unregistered vehicle charge. He was arrested after an incident in Manchester.

Melissa Vorn, 35, of Merrimack, was arrested at 5:10 am on October 30 for driving under the influence and serving a second felony charge in Merrimack.

Amy H. Elizabeth Burleson, 29, of Methuen, MA, was arrested at 2:06 am on October 30 for driving under the influence after an incident in Nashua.

Aaron E. Plourde, 35, of Manchester, was arrested at 6:19 p.m. on October 28 on charges of driving under the influence, reckless conduct – deadly weapon, criminal threat – deadly weapon, possession of a controlled drug, disorderly conduct, conduct following an accident, disobedience to an official, resisting arrest or detention, driving after revocation or suspension and suspension of registration fees. He was arrested after an incident in Manchester.

Lauren M. O’Malley, 31, of Goffstown, was arrested at 2:38pm on October 27 on charges of stalking and domestic violence in Bedford.

Herman Dixon, 48, of Brockton, MA, was arrested at 10:40 pm Oct. 30 for drunk driving, DUI adult greater than .08; Minor more than 0.02, driving after revocation or suspension, and an open container charge following an incident in Canterbury.

Tina Marie Jeski, 42, of Boscawen was arrested at 5:21am on October 30 for domestic violence – minor assault – in Boscawen.

Margaret Kathleen Kostiew, 39, of Hampstead, was arrested at 10:43 p.m. on October 28 for driving 16 to 20 mph over the 65 limit and having suspended vehicle registration fees in Bow.

Carlos William Gaud Garcia, 45, of Manchester was arrested at 1:36am on October 28 for possession of a controlled drug and transporting drugs in a motor vehicle in Concord.

Nicholas David St. Jean, 29, of Nashua was arrested at 1:02 p.m. on November 5 for a reckless operation in Ashland.

Margaret Stokes McMillan, 63, of Newton, MA, was arrested at 5:33 pm on October 29 for driving under the influence and DUI adults greater than .08; slightly more than 0.02 charges at Alstead.