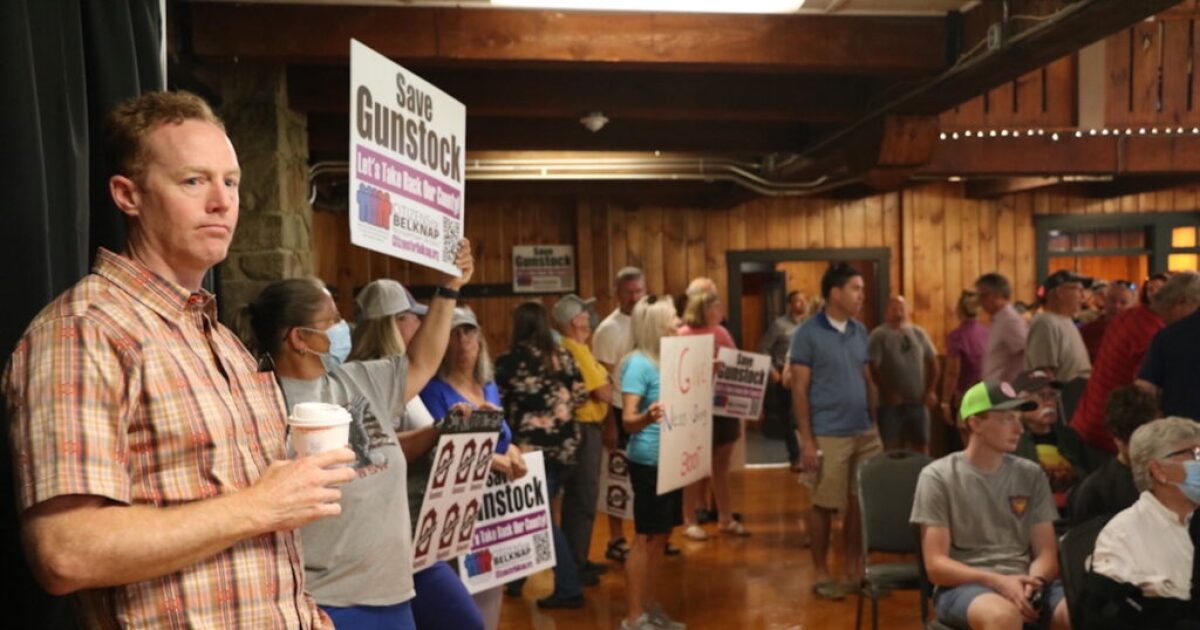 This story was originally produced by the New Hampshire Bulletin, an independent local newsroom that allows NHPR and other media outlets to republish their coverage.

When the county’s Gunstock ski resort was temporarily closed last summer, Belknap County residents vowed to take their anger to the polls.

They wanted to depose representatives who they believed were meddling in ski resort deals, the same members who had eroded the nursing home and county sheriff’s budgets.

Only half of last year’s delegation is returning, with voters rejecting six incumbents. And some remaining and former members, as well as some political activists, believe this delegation will be more moderate and less combative than the last.

The troubles in Belknap County revealed broader tension within the Republican Party, with members of the libertarian-leaning Free State Project and others sharing some of their beliefs about an extremely limited government functioning as Republicans.

This led to more moderate Republicans — including some in Belknap County and the governor himself — to denounce their party membership following Gunstock’s closure, prompting public outrage. Voters no longer assumed Republican candidates shared traditional Republican values ​​— and the problems at Gunstock prompted voters to act.

“I think Belknap County has alerted a lot of people to the extremism within the party,” said Rep. Mike Bordes, a Laconia Republican who won re-election after becoming a vocal opponent of the previous delegation’s leadership, budget cuts and the hostility towards Gunstock management. “I think people are researching their candidates a little better and making more informed decisions than they’re voting this time.”

He believes the new representatives will work toward a fair and balanced budget without cutting necessities like the sheriff’s department and the nursing home. The district’s 18 representatives make up the delegation, which is also responsible for appointing a five-person commission to oversee the Gunstock ski area. There are currently two vacant seats to be filled by the new delegation.

The Gunstock debacle also led to political organizing – and the formation of a new political action committee called Citizens for Belknap County.

Posnack blamed the earlier delegation for what he saw as an attack on Gunstock’s management, which ultimately led to their temporary resignation, effectively closing the mountain. Posnack said the delegation, led by Michael Sylvia, made political appointments to Gunstock’s board of directors and then led those appointments to declare war on Gunstock’s management. Sylvia, a member of the Free State Project, lost his elementary school. And Posnack believes the problem is now solved.

“The delegation as it sits now will appoint good commissioners,” he said. “I’m not worried about that.”

But for Posnack, the Gunstock closure was just a symptom of the core problem: fringe candidates serving on the delegation. Voters were already outraged — the PAC just had to connect the dots.

The PAC championed candidates from both parties it believed would govern sensibly and worked to remove representatives it saw as extreme. And in the PAC’s own assessment, it had some success in doing so — Posnack credits the success to voter engagement.

“This whole election has been about the voters and how energetic and aware they’ve become,” he said. “If you look back a year ago, 90% of us didn’t know what a libertarian was, didn’t understand what the Belknap delegation did, didn’t understand how misguided some of those delegates were.”

Four of the representatives that Posnack’s PAC wanted to oust lost in the primary: Sylvia, Norm Silber, Gregg Hough and Glen Aldrich. Two others lost in the general election: Richard Littlefield and Dawn Johnson. Johnson co-sponsored a bill that would have given the delegation control of Gunstock’s budget, House Bill 1078.

But some of the candidates the PAC has opposed remain in power. Peter Varney, Barbara Comptois and Paul Terry were all re-elected by large margins in Belknap 17 District. Terry was another co-sponsor of HB 1078. And Bordes said it was somewhat surprising that both Terry and Comptois were reelected after their roles approved budget cuts to the nursing home and sheriff’s department.

Republican Tom Ploszaj also won re-election to represent Center Harbor and New Hampton, despite opposition from the PAC. The PAC points to Ploszaj’s involvement in the Free Town Project in Grafton, where libertarians set out to take over a small New Hampshire town and curb public spending. The Free Town Project preceded the Free State Project, which had a similar goal at the state level, with members pledging to move to New Hampshire and run for office.

But those in the PAC say what’s important is that the balance of power has shifted away from those with the most extreme agendas, including those who supported Syliva, the former delegation leader.

“Those who supported ousted candidates Michael Sylvia and Norm Silber are the minority of the Belknap County delegation, which is a huge win for voters who support more moderate lawmakers,” Brian Beihl, a PAC organizer, said in an E -Mail. Overall, 11 PAC-backed candidates won their races, while seven seats went to candidates the PAC opposed.

Voters who sent 18 Republicans to the State House in 2020 elected three Democratic representatives in 2022: David Huot and Charlie St. Clair to represent Laconia (both had served in 2018) and newcomer Matt Coker to represent Meredith.

Incumbent Republican Representatives Travis O’Hara, Juliet Harvey-Bolia, Harry Bean and Douglas Trottier are also returning. Republican Russ Dumais won the election; He served as a state representative in 2014 and served on the Gunstock Area Commission before it opposed management of the mountain.

The newcomers include Republican David Nagel, a doctor who announced his support for Gunstock on his campaign website, and Republican Nikki McCarter, a self-proclaimed constitutional conservative.

Rep. Tim Lang, a Republican from Sanbornton, is among representatives who will not be returning to the delegation. Instead, Lang launched a successful bid for the state senate, having served as a state representative since 2016. He took a leadership role in the delegation after Sylvia resigned – and initiated the first pay rises for certain county employees in three years. He has earned a reputation as a moderate Republican willing to cross party lines.

“I am encouraged by the direction the delegation will take,” Lang said. “I think we won’t see any drama.”

“Nationally, I think people are fed up with extremes on both sides,” he said. He did not name specific examples of “extreme left” candidates who were dismissed. “I think what voters want is a steady and steady hand holding the helm and moving the state forward.”