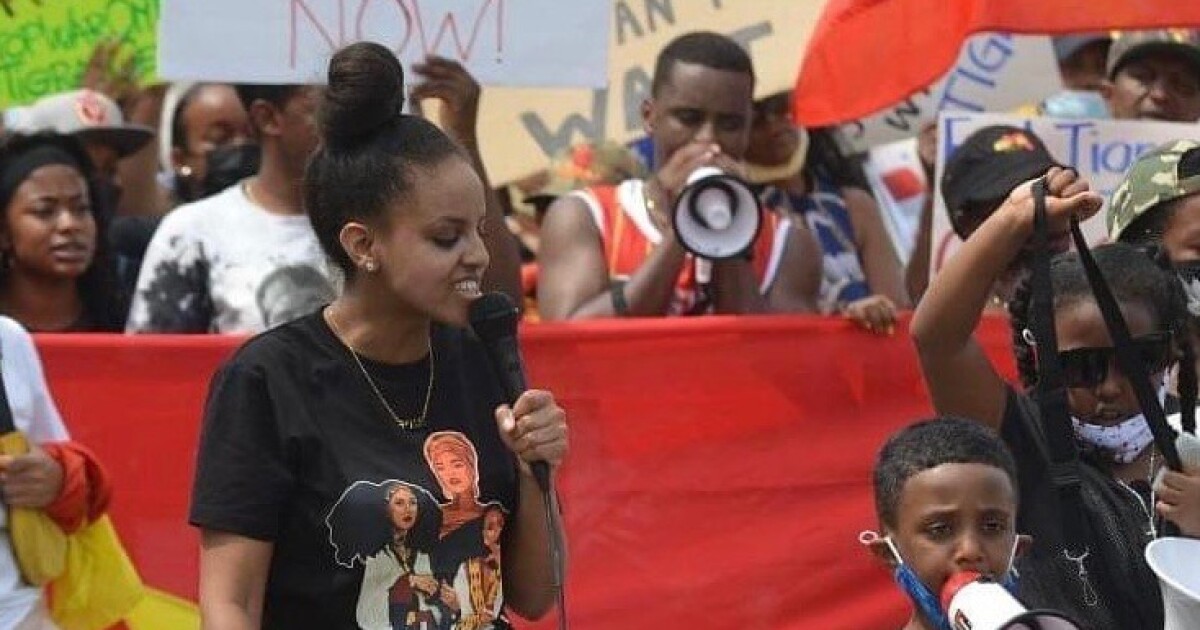 This month marks two years since civil war broke out in Ethiopia, with troops from the Ethiopian government and surrounding countries being used to attack the northern Tigray region. Since then, a United Nations-led investigation has found evidence of ethnic cleansing, massacres and sexual violence. Famines are widespread.

All Things Considered host Julia Furukawa spoke to Samrawit Silva, a Tigray-born, Concord-based activist who has spoken out about conditions in her home country. Below is a transcript of their conversation.

Julia Furukawa: Samrawit, you are from Tigray and you still have family there. Can you give us an idea of ​​what the conditions are like in the region at the moment?

Samrawit Silva: I can try it. Obviously, or for those who don’t know, Tigray was in a complete blackout, so there’s a lot of unknowns, but things that are for sure: I have my mother, I have my siblings there, which I’m not capable of talk to. So Tigray is currently facing one of the longest internet shutdowns in the world. Hunger is used as a weapon of war. Sexual violence was used as a weapon of war. Medicines cannot reach the people and so 600,000 Tigrayan civilians have already been killed, including my family members. It’s been called the world’s deadliest war, basically “hell on earth” as the director of the [World Health Organization] called it.

Julia Furukawa: As someone who – and I’m talking about myself – exists in a world [where] News is always evolving and is a constant part of my life. I feel like I hear stories about the war in Ukraine every day. I feel like I haven’t heard the same level of coverage of the war in Tigray. Do you think this blackout, this internet shutdown where people can’t communicate with the outside world has anything to do with it? Are there other factors?

Samrawit Silva: That definitely plays a big role because the Ethiopian government knows that when [Prime Minister Abiy Ahmed] can leave tigray in the dark then all the horrible things that would happen if it came out i think the world would look like they would have nightmares. And that’s part of not letting independent journalists in. But there’s also this factor that the people it’s happening to are black people. And to put it bluntly, that plays a really big role. And I know people can say maybe it’s the proximity because it’s happening in Africa, but there are people who live far away from Ukraine who still know about it, who still care, who Have compassion for people who look like you. And we’ve heard reporters use very problematic words but to be honest and say these are blue-eyed blond kids. These are people you could imagine living with next to them. These are civilized people. So anything that happens in Tigray, if it happened in a European country and it happened to white people, I believe with all my heart that the world would have a stronger reaction. And we saw that because what’s happening in Ukraine is so devastating. I speak about it. I stand by the people. But what is happening in Tigray, 600,000 people, civilians killed, and the majority of the world either don’t know or don’t care or don’t feel responsible. And it depends on the color of the skin. For me and many others, we feel like the world is constantly showing us that Black lives don’t matter.

Julia Furukawa: They have helped organize some demonstrations to raise awareness of what is happening in Tigray. can you tell me about it

Samrawit Silva: Like everywhere in the US [members of the] The Tigrayan diaspora has come together and organized demonstrations for the past two years. In New Hampshire we had one… Boston, Vermont, California. Every single state in the US has had demonstrations, multiple demonstrations, and they look different. In the beginning we marched a lot and that started to spread awareness. But we needed more people who might not be on the street to hear us. So people would give interviews, either inside the US media or outside of the US media. More recently we have increased our demonstrations because we have been marching peacefully through the streets for two years and people still don’t hear us, they don’t feel us. And so we’re really trying to do more civil disobedience. We’ve now closed several freeways in the US and that has a lot more reach. And obviously it’s not convenient for people, but as we say, traffic can wait, Tigray can’t wait. People are being starved to death. They die for lack of medicine. And we want to say to people, hey, that’s your responsibility too. This genocide that is happening should interest you.

Julia Furukawa: You mentioned organizing some demonstrations in New Hampshire. What can we do?

Samrawit Silva: At this moment, it still raises awareness. But more than that, once you spread the word that genocide is taking place, we need to reach out to our local officials. So we have two Ethiopian peace bills in Congress that the citizens need to deal with to get these politicians to act so that we can have full humanitarian access and fundraising opportunities. So there are organizations working to get medical and humanitarian aid to the people. Also see what your skills are. If you’re a school teacher, you could stand up for the bombed schools, just relate it to yourself and really put all your heart into trying to help people. If you’re a therapist, you know that there’s a lot at stake in mental health in the diaspora, in your own community. Like myself, I have struggled with depression from not being able to speak left and right with my mother or my lost family members. And it’s not just me. There are so many, even just in the diaspora, involved. And on top of that, once Tigray is open, you can offer your services to the people. I just want to remind people that these aren’t just numbers. As we said, over half a million Tigrayans were killed, but these are our family members. And that’s why I want people to be able to connect the numbers that they read to the faces and the stories and the heartbreak that comes with all these people who are being killed for absolutely no reason other than their ethnicity.