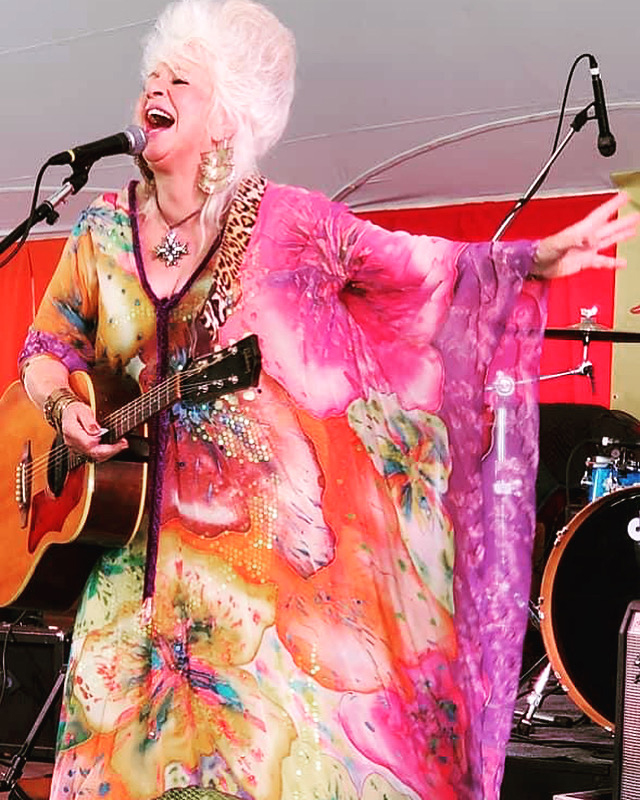 This October alone, Christine Ohlman, who will take the stage at The Kate on Saturday, November 26 with Rebel Montez, returned to Saturday Night Live as lead singer for her band, a gig she has had since 1991, as an SNL Creator Lorne Michael witnessed her performances and hired her on the spot.

A few days later, she lent her syrupy contralto voice to blues legend James Montgomery at Tupelo Music Hall in New Hampshire. And the next week, she hosted the 2022 induction into the New England Music Hall of Fame in Westerly, Rhode Island.

That was in addition to hosting the Casey Cares Rock & Roll Bash in Baltimore, a charity event for children with catastrophic illnesses, and headlining Women’s Voices 5, a performance show raising money for a girls’ rock ‘n’ roll camp should Goschen, Mass.

“Christine never stops and she never stops caring,” said sin sister Kathy Kessler, who will join Ohlman as guest singers along with Patti Rahl and Janice Ingarra. She is joined by Rebel Montez, including Michael Colbath on bass, acclaimed Boston guitarist Cliff Goodwin, and Lorne Entress, recently from touring with Mary Chapin Carpenter.

As for her relentless pace, Ohlman, a National Blues Hall of Famer, had an easy diagnosis.

“Coming out of the pandemic doldrums,” said the Beehive Queen, as she is known, for her revamped platinum trophy honoring Ronnette Ronnie Spector, who died in January; Ohlman hosted Spector’s Life Celebration in New York earlier this year, sharing the stage with the likes of Keith Richard, Dionne Warwick and Paul Shaffer.

“For performing artists who thrive on the live interactions between them and the audience, it was unbearable,” she said. “Every artist I’ve spoken to has been totally destabilized, totally lost.”

But the pandemic doesn’t fully explain it. Because actually, she’s always been like this, she said, since she was 16 and recorded a version of The Blues Project’s “Wake Me, Shake Me” with New Haven band The Wrongh (sic) Black Bag for Bob Shad by Mainstream Records.

Pressing her seemingly indefatigable energy further, her reply was direct.

“Live a happy life, hold no grudges, sleep well and drink plenty of water,” she said.

And also, it seems, returning to the coast – The Kate in particular.

Home are the Sin Sisters, whom Ohlman has dubbed “my singing soul sisters.”

The Hiveheads are at home too.

“The best fans are in Connecticut, and from that select and very hip group, I would pick the Shoreline guys,” said Ohlman, who will perform a gospel version of John Fogerty’s “Green River,” Sister Rosetta Tharpe’s “This Train.” ‘ and the title track of our 2023 album The Grown Up Thing.

“There’s something deep and real about the chemistry between us that makes every show I do here spirit,” she said. “That’s what I live for.”

Christine Ohlman & Rebel Montez with special guests, The Sin Sisters present “A Celebration of Thanksgiving: Love is in the Air” at The Kate, 300 Main St. Old Saybrook, Saturday at 8 p.m. For tickets and information, visit thekate.org or call 877-503-1286.