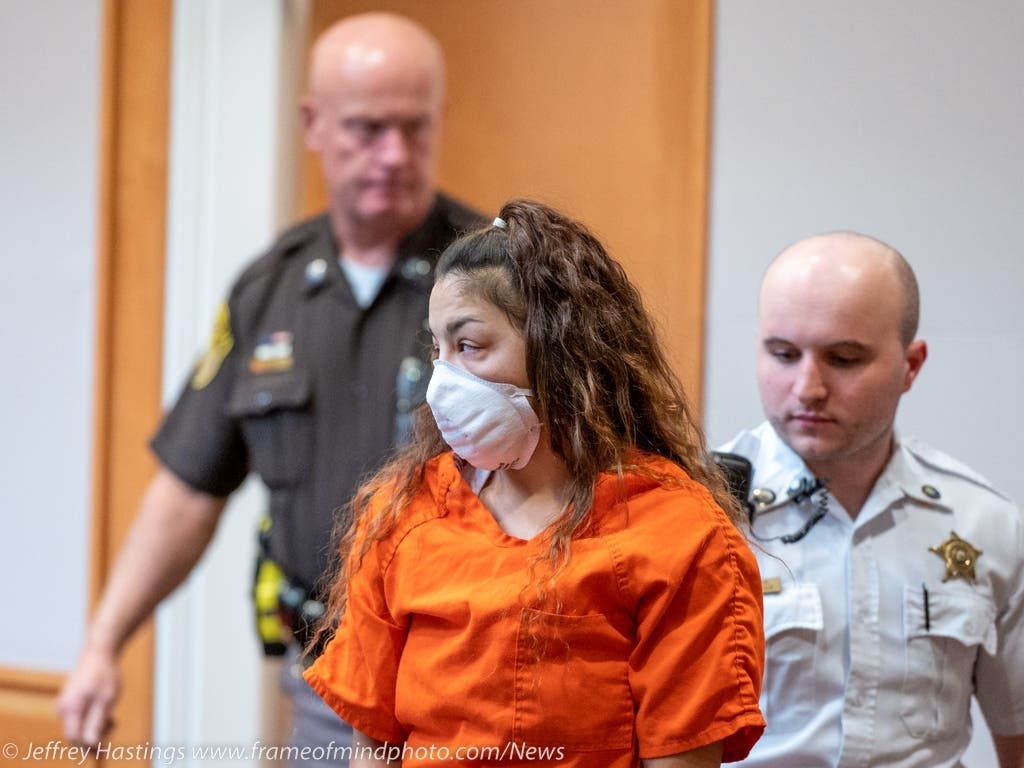 Kayla Montgomery pleaded guilty to two counts of perjury in connection with false testimony she gave to a Hillsborough County grand jury. Kayla Montgomery was brought into the courtroom handcuffed and shackled in an orange prison uniform and wearing a mask. She appeared before the Honorable Judge Amy Messer, entered the plea, and was sentenced to the New Hampshire State Penitentiary for women.

In the courtroom, Manchester Police Chief Aldenberg and detectives working on the case listened to the complaint and conviction. Kayla’s family or friends were conspicuously absent from the courtroom. A social media person following the case was the only other person in the courtroom, along with a large body of media.

The charges related to Montgomery’s testimony to a grand jury in May about the last time she allegedly saw Harmony. Assistant Attorney General Jesse O’Neill said evidence would show that Montgomery said she last saw Harmony before starting a shift at a Goffstown Dunkin Donuts if the case went to trial. However, the investigation revealed that Montgomery was not employed by Dunkin Donuts at the time.

Messer accepted the negotiated plea deal and sentenced Montgomery to the recommended 3.5 to 7 years in the New Hampshire State Penitentiary for Women and agreed to have 1.5 years of the minimum sentence suspended for 10 years. Kayla Montgomery receives 197 days of credit for time already served. The sentence for the second charge of perjury is also 3.5 to 7 years, all of which are suspended for 10 years.

Given the time served credit and suspended sentences, Montgomery could only serve 1.5 years.

Kayla Montgomery has never been charged in connection with the disappearance or death of Harmony Montgomery. Adam Montgomery, Harmony’s father, has been charged with second-degree murder.

Montgomery was escorted out of the courtroom and, according to Garity, taken to the New Hampshire Prison for Women in Concord, where she will serve out her sentence.