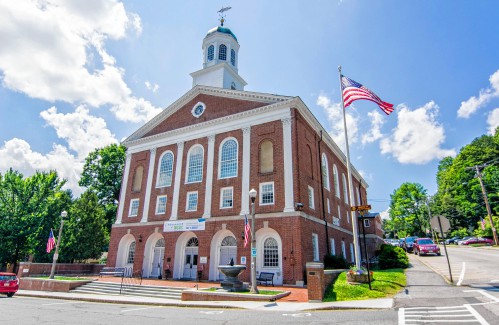 Another attempt to remediate Peterborough’s South Municipal Water Supply Well, which was contaminated in the early 1980s, will begin in June 2023, pending EPA permits.

The well is a Superfund site installed in 1952 and supplied water to Peterborough for almost 30 years until industrial solvents were found by New Hampshire Ball Bearings in 1982.

Chris Rawnsley, director of safety, environment and sustainability for New Hampshire Ball Bearings (NHBB), recently told the Select Board that he has been coming to make these presentations since the late 1980s.

“I’d much rather come down and tell you we’re not here,” he said, adding that the well’s rehabilitation project made it appropriate to do so now. “Part of the Superfund process is updating the city every four or five years.”

Rawnsley said NHBB has done a significant amount of work over the years to clean up the contamination, but unfortunately the problem still persists. In 2005, he said, the problem was fixed, but long-term testing of the pump showed that wasn’t the case.

“Since 2010, we’ve been implementing new measures,” he said, citing a permeable reactive barrier (PRB) installed in 2016 that ultimately failed to meet its performance targets. “We are currently designing a new one and will install it next spring.”

The Superfund designation allows the Environmental Protection Agency (EPA) to remediate contaminated sites and requires parties responsible for the contamination to either carry out remediation or reimburse the government for EPA-led remediation work.

The approximately 250-acre Superfund property includes the South Municipal Water Supply Well and nearby commercial and residential properties along Sharon Road, a portion of the Contoocook River and US Route 202, adjacent wetlands and New Hampshire Ball Bearings.

“The PRB is basically a wall,” Scott said, explaining that it acts as a reactive filter that uses zero-valent iron (ZVI), which acts as a reducing agent after triggering a chemical reaction. “When water flows through the PRB and the ZVI, the water interacts – it destroys pollutants – and clean groundwater exits the other side.”

The PRB to be installed, she continued, will be 450 feet long and 60 feet deep and will be installed using a large diameter drill rig that will insert hollow cylinders down into bedrock. The soil in the cylinders will be replaced with iron in addition to sand, Scott said.

A previous attempt, which also used iron, involved a different installation technique, Scott said. In this technique, the soil was injected with a drill.

“It works in some geologies, but it’s harder to control where iron is used,” and in 2017 and 2018 Scott said it’s not clear if it works. Scott said it will be two years before we know if the latest PRB works.

The Select Board has been informed there will be increased traffic for site deliveries, but Scott said they don’t think it will matter except on days when the company is mobilizing and demobilizing equipment.

Progress should be made fairly quickly with the latest PRB, Scott said, “but there will be an equilibrium period to change what has been going on for 40 years.”

Scott explained that contaminated soil is mixed with the PRB and the remainder is sent to approved facilities that can accept the waste.

Rawnsley was asked by the Select Board what would happen next if the proposed PRB fails.

“I don’t know if we’ve considered that,” Rawnsley said. “City residents are important stakeholders and we want them to understand what we’re doing.”

Selectman Bill Taylor spoke about the ongoing remediation process and the costs.

“I’m sorry to hear this has to continue,” he told Rawnsley. “That sounds expensive.”

Rawnsley said, “It is, but we’re committed to going through with it.”

Peterborough’s New Hampshire Ball Bearings sued two companies it subcontracted after an environmental barrier they erected in 2014 failed to reduce groundwater contamination at the South Well Superfund Site. NHBB paid about $13.6 million to build the barrier, an NHBB representative told Ledger-Transcript in 2015.

NHBB’s proposed timeline for the final attempt at remediation of the well begins with contractor selection in February 2023, followed by a final design report to be submitted to the EPA in March, anticipated EPA approval in April, and site mobilization in June.