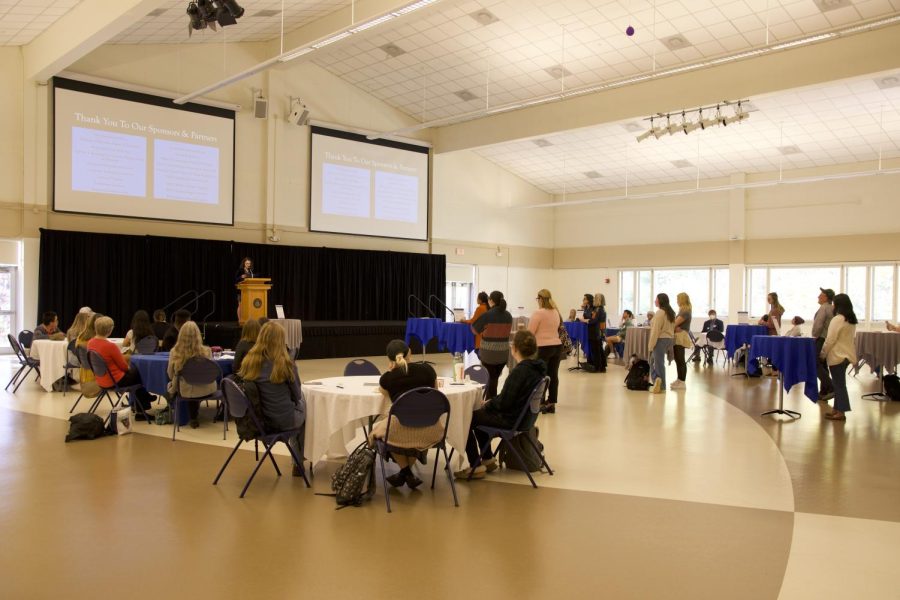 DURHAM—November 8th is National First Generation College Daya day to honor the signing of the Higher Education Act 1965. The day of celebration provided opportunities to spark conversations about the experiences and outcomes of first-generation college students nationally.

A first-generation college student is roughly defined as someone whose parents did not complete a four-year college or university degree Center for First Generation Student Success.

On Wednesday November 2nd, the Institute for Academic Success debuted the week-long celebration with a kick-off event inviting first-generation students, faculty, staff, alumni and members of the community to come together and share their experiences through networking and refreshments in the Granite State Room of the Memorial Union Building (MUB).

“Being the first in my immediate family to graduate from college is a point of pride, not only personally, but for my mother, who has always pushed for both my sister and I to go to college and get a degree,” Petty said.

The speakers’ presentations ended with Dr. Dawna Perez, Executive Director of the UNH Institute for Student Success, who shared her own personal story as a first generation student and what it has meant for her personally and for her career.

In an interview with TNH, Perez said that being a first-generation student has always played a part in everything I’ve done. She continued, “It has guided my life purpose.”

Prior to her 16 years in higher education, Perez worked for non-profit organizations. She explained that her work has always revolved around “education, families, the workforce, helping people to maximize their potential, whatever strengths they had, to just keep going.”

After opening remarks and presentations from speakers, attendees got to know each other at ‘First Generation Networking Bingo’, which allowed them to share their experiences as first generation students in a fun and creative way.

Sam Leone, a fourth-year psychology major, emphasized the responsibility that comes with being a first-generation college student.

“It makes me proud of myself, but it’s also a lot of pressure … My parents didn’t go to college and neither did my brother, my aunts, my uncles, so I’m one of the first in my whole family.”

One of the jackpot questions that got participants thinking was, “What would you like to say to other first-generation college students?”

“The words that are written in your head are not written on your forehead. People don’t know that you are a first generation student. They don’t say, ‘Wow, that person doesn’t know what they’re doing, they’re not like us,’ nobody thinks that,” said Justin Wentworth, a freshman environmental and sustainability major.

Wentworth continued: “Keep doing what you’re doing and give them hell. You have every skill of everyone else!”

Victoria Walters, a fourth-year finance major, said: “I would tell them (first-generation students) not to be afraid to ask their fellow students about their experience, their faculty or anyone they can turn to. “

The celebrations continued for a week until November 8, when President James W. Dean sent out an email highlighting all of the celebrations on campus and the various organizations involved.

“Events hosted by Paul College, Office of Community, Equity and Diversity, MUB, E-Center, Health & Wellness, Beauregard Center and Hamel Rec Center filled the week with many opportunities for engagement, and I hope you were able to attend,” Dean said.

Attached to the email was a Video where Dean shared his experiences as a first generation college student and offered resources available at UNH.

Perez emphasized that there is no identity for a first-generation college student.