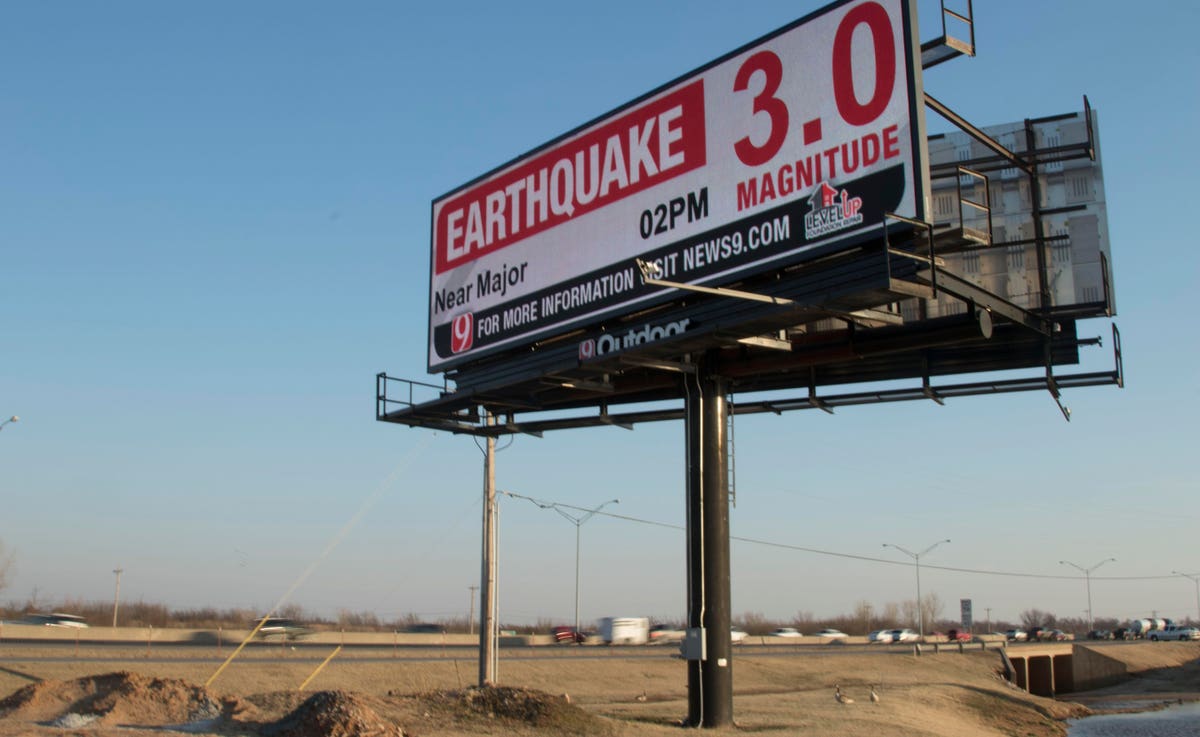 On November 21, 2022, a moderate earthquake with a magnitude of 5.6 occurred on the island of West Java, which belongs to Indonesia. Due to the high population density, almost 300 people lost their lives and more could be buried under collapsed buildings.

A moderate magnitude 5.4 earthquake occurred on November 16, 2022 in the West Texas desert. Nobody died and there was little damage because the population density is low.

As a rule of thumb, magnitudes greater than 3 are felt at the Earth’s surface. Greater than 4 can damage buildings. Greater than 5 can result in loss of life in high density areas.

The magnitude 5.4 could be felt for miles from El Paso to Big Bend National Park (see Figure 1). Here are some quotes:

Lanette Brown Giese: Here in Carlsbad it was just like a helicopter landing next to our house. It lasted almost 20 seconds.

Mari Annelise Thomas: I can’t believe I felt it at Midland. My bed wobbled and my blinds swayed.

Susan D Rayburn: Felt it in Alpine! It shook my bed while I was in it watching my house shake! Wild.

Lonna Edwards Gideon: My 4Runner wobbled back and forth in San Antonio

Earthquake in the Delaware Basin.

These are primarily caused by oil and gas operations that are extensive in the Delaware Basin. It is the largest and most active oil basin in the United States.

Saltwater comes from a well with oil and gas and needs to be disposed of. It is best to inject the wastewater deep underground through vertical disposal wells. As the water accumulates in a subterranean layer, its pressure increases and it spreads outwards from an injection well. When it hits a fault that is at an inflection point (near a stress imbalance), the fault can slide and cause an earthquake.

Regulators monitor earthquakes using arrays of seismic detectors. When earthquake numbers or magnitudes reach a certain level, they dictate that water injection into the usual rock strata be reduced or injected into other strata to reduce underground water pressure.

But more bad news is that the pressure of the injected salt water spread further away from the injection wells and caused the largest ever Permian earthquake: 5.4 M on November 16, 2022. There are delays of 6 to 12 months in the earthquake response for changes in water injection rates or volumes.

This pattern was a repeat of the Oklahoma earthquakes when peak tremors of nearly 900 > 3M occurred in 2015. After the peak, the largest earthquake of all time occurred on September 3, 2016: 5.8 M.

Deep in the desert isolation of west Texas, one might suspect that earthquakes, even if they exceed magnitude 5, don’t matter too much. That’s not true!

Because of the potential harm to the environment and people, oil and gas companies have been encouraged to dispose of saltwater in other ways. This includes on-site cleaning and recycling of dirty water for use in the next fracking operation. Or send the dirty water to commercial cleaning, e.g. B. in a desalination plant.

Aside from earthquakes, there are some very good reasons for this. This would save a lot of aquifer or city water that has been and is used in fracking. how much water A football stadium with water up to 40 feet above the turf is required to fully fracture a shale well using new technology such as that used in the Delaware Basin. Recycling is happening in the Delaware Basin but needs to be accelerated.

In 2017, the Permian produced a total of 63 billion gallons, or 1.5 billion barrels per year. Much of it was injected into disposal wells. This enormous amount of water was as much as Oklahoma produced in 2015, when that state recorded 890 M > 3 earthquakes.

Although these cleaning/recycling methods are more expensive, the oil and gas industry is under pressure to address a problem that is tarnishing for the industry’s image.

There are also concerns about a repository for nuclear waste that is being planned. The US Nuclear Regulatory Commission (NRC) has evaluated a proposal by Holtec International to build a radioactive waste disposal site just 60 miles from Carlsbad.

The NRC has said a license can be issued, but the final decision will be made in early 2023.

It appears that Holtec’s safety analysis and earthquake predictions were conducted before the shale oil revolution began in the Delaware Basin. In fact, a Holtec graph of earthquake probability was dated to 2009.

So is there a risk of a major earthquake that could damage the canisters of hot radioactive material and leak out of Holtec’s warehouse?

It is unclear whether magnitude 5 or greater crustal earthquakes (such as those that occurred in the Delaware Basin) were accounted for in the safety analysis of the Holtec site.

One finding is that oil and gas operations that trigger earthquakes below may not be an ideal neighbor for nuclear waste dumps above — at least in New Mexico’s Permian Desert.

The letter listed potential physical threats to residents living in the area, as well as controversial human and environmental impacts, such as uranium mining and atomic bomb testing related to past nuclear history.

Physical threats included accidents at the site or accidents while transporting nuclear waste to the site that could spread radioactive material. It doesn’t take much – a leaking keg at the WIPP site in southeastern New Mexico shut down this facility for 3 years and cost over $1 billion to clean up.

Earthquakes were not mentioned in the letter, although two earthquakes with magnitudes greater than 5, which can cause damage to buildings, have occurred. Coincidentally, one of these, M=5.4, occurred on the same day, 3 p.m. on November 16, of the Governor’s letter to the President.

In the letter from the governor, who may believe their state did its part, the governor noted that there are already two other major nuclear facilities in southeastern New Mexico: the DOE’s Waste Isolation Pilot Plant (WIPP) repository and the URENCO National Enrichment Facility near Eunice.