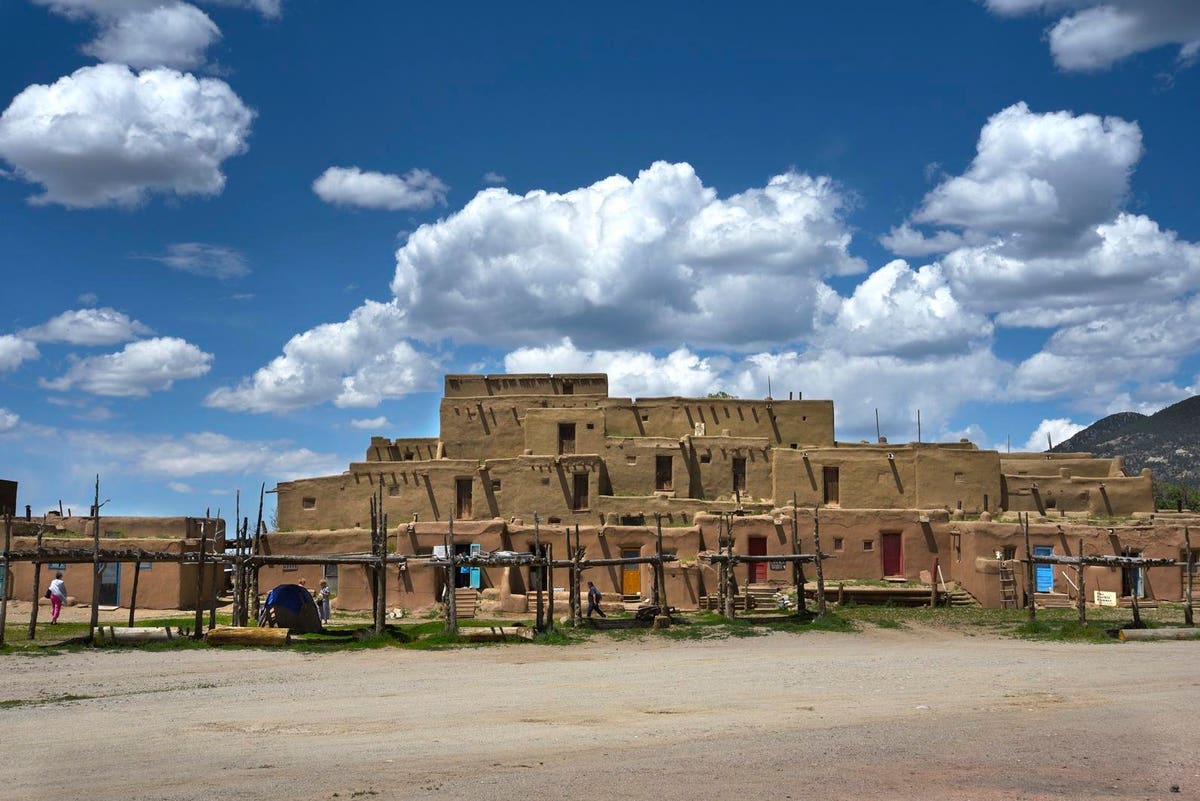 “New Mexico is like the only foreign country in America,” says Angelisa Murray, founder of local tour operator Heritage Inspirations. She means it in the best sense. After an international career working for companies like Four Seasons, Backroads and Butterfield & Robinson, she returned to the charming upstate town of Taos, where she spent her childhood summers.

Now, Heritage Inspirations is one of the few truly high-quality, meaningful, authentic, and sustainability-focused travel companies operating in the United States, and she says she couldn’t imagine doing what she does in any other state.

As a native of New Mexico, I understand what she is talking about. I grew up on a green chili diet (we always spell it with an E) and an education about the three cultures that have coexisted in New Mexico for so long: the Pueblo people who were native to the country, the Spanish comers did Territory eventually became part of their colony of Mexico and the northern Europeans who came later.

History classes in the 1990s left out the ugly bits. And while serious reckoning with these parts is afoot throughout the city’s cultural institutions, Taos does seem to be coming close to that ideal of coexistence. As a historic trading center between different peoples, it has long been accustomed to outside strangers. In recent years, the people of the Taos Pueblo have had more success in holding on and reclaiming their lands and traditions than many other indigenous groups.

These countries and traditions are very worth seeing. For this reason, Murray brings her Heritage Inspirations guests to the Taos Pueblo—not only one of the longest continuously inhabited sites in North America, but also a stunning geometry of adobe houses with wooden outer ladders and a luminosity that gets extra life in the morning of an autumn snow – and then steps into the background.

The small-group tours are led by people like Ilona Spruce, a local Pueblo woman who sees tourism as a positive force for education. (And not just for the outsiders visiting—many of the local tour guides use their tips to pay for their tuition.)

Outside the pueblo, contemporary Taos is New Mexico at its most operatic: the piercing blue sky, the weathered mud walls, the almost sparkling amber hue of the cottonwood leaves in the fall. It’s a city with a charming square, welcoming side streets and courtyards. If all you want is a breakfast burrito and a chili chocolate hot chocolate (E again, please) this is the place to go.

It also has a thriving but human arts and gallery scene, and locals who say things like, “What Taos has is what Santa Fe has lost.” We still like the funk” and “The charm of Taos is that it doesn’t reveal itself in a couple of hours. You need a few days.”

A good place to start these days is El Monte Sagrado, which has about 75 rooms, suites, and casitas in a variety of styles — some with whirlpool tubs and private courtyards, and some inspired by notable Native Americans. They are all spacious and pretty, with fireplaces and local artwork. At Restaurant De La Terra, chef Cristina Martinez has curated a menu that ranges beautifully over dishes like pan-fried local rainbow trout with green curry broth and carrot kimchi salad, and wild mushroom quinoa rellenos (stuffed red chilies) with mole verde and Oaxaca cheese.

A must-see is the Couse-Sharp Historic Site, which was the headquarters of the Taos Society of Artists, a group of East Coast painters who came to the city about a century ago, at a time when the local community was “oddly open.” to Europeans in wool suits and bow ties,” in the colorful words of Managing Director and curator Davison Packard Koenig, who usually leads the tours.

The centerpiece is the house where Eanger Irving Couse made his home and studio in Taos. He became important (and paid well at the time) for working with Pueblo models by depicting Native Americans as people rather than savages, which was revolutionary at the time.

“Our history isn’t pretty,” Koenig admits. “But our story is authenticity.” And he takes pains to emphasize that “what the Taos Society has accomplished were some of the first steps toward a society where more people are seen and valued.”

And Couse-Sharp’s story certainly gets more interesting when it comes to the laboratory and machine shop added by Eanger’s son Kibbey. The place is like a time capsule. His main project was the development of a prototype for a mobile machine shop for repairing agricultural equipment in the USA in the 1920s and 30s.

Military commanders saw potential in the machines and soon they were being used on WWII battlefields. Now one of the few who survived is standing outside on the terrace next to the library. The former technology nerd in me was satisfied.

A few blocks away, the Harwood Museum of Art (one of the oldest museums in New Mexico) has also focused on connections and legacies for more than 100 years. The museum’s current exhibition focuses on black cowboys – who for decades apparently made up more than a quarter of the cavalry force – with a collection of archive photos and some contemporary responses to tradition and history and all the forgetting.

Again, it’s complicated, but it’s also an appreciation, and a beautiful one at that.