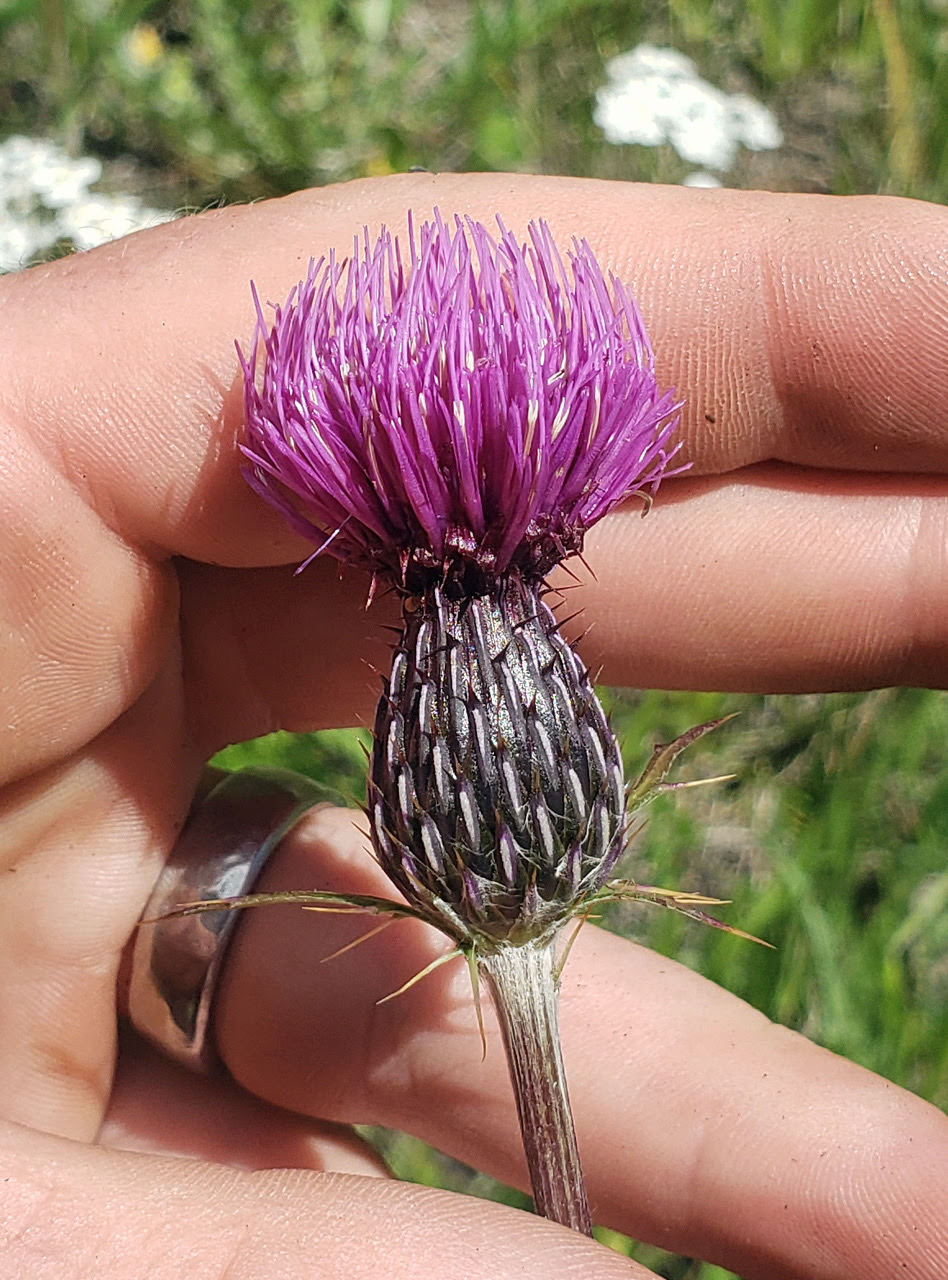 By JUNO OGLE
employees of the daily press
A survey of invasive plants in the Gila wilderness last year resulted in the discovery of a plant not seen in two decades, and the biologist who found the rare thistle will be featured tonight in a virtual program hosted by the Gila Native Plant will be presented, talking about his research society.
Biologist John Gorey will be giving his presentation via Zoom tonight at 7pm. The program is free. To request the link for the program, send an email [email protected]
Gorey, a native of Tennessee, has been a wildlife biologist for about 14 years and has lived in the Arenas Valley with his wife Emily for several years.
He told the Daily Press on Wednesday they had been moving around the country for a decade, and after working in the Sacramento Mountains he decided to move to New Mexico.
“We started at Silver and we liked it so much we just stayed. We haven’t really looked anywhere else in the state,” he said.
In 2021, he conducted a survey on invasive plants for Heart of the Gila, a non-profit conservation organization.
“One of the plants that we need to remove and that we’re really trying to remove is the bull thistle, so I learned my thistles on my first trip,” he said. “I came across this thistle that was all purple and really dark and very unique.”
He was able to identify the thistle in the field as Cirsium grahamii or Graham thistle.
“I read the description and it said it hadn’t been collected in about 20 years. I thought it would be cool if I could get funding to see how rare this plant actually is, and that’s exactly what happened,” he said.
He received a grant from the Jack and Martha Carter Conservation Fund of the New Mexico Native Plant Society earlier this year for his research.
“He’s been working all summer, finding new places and spots, trying to get a picture of the expansion of the thistle’s habitat,” said Don Graves, president of the Gila Native Plant Society.
Graves said Gorey’s discovery is significant, especially for the Gila region.
“It’s certainly not endangered with populations around us and in other states, but it could be of particular concern in our area.” It’s just exciting to find populations,” he said.
Gorey attributed the facility’s lack of collection over the past 20 years to the Gila’s remoteness and recent fires.
“The Gila is pretty remote in general,” he said. “It’s not too far out into the wild, but it’s a big investment to go in there and look for anything. I think since the fire people just stayed away. I think a lot of research in the wilderness has suffered from the fires. It’s just harder to get around.”
Juno Ogle can be reached at [email protected]