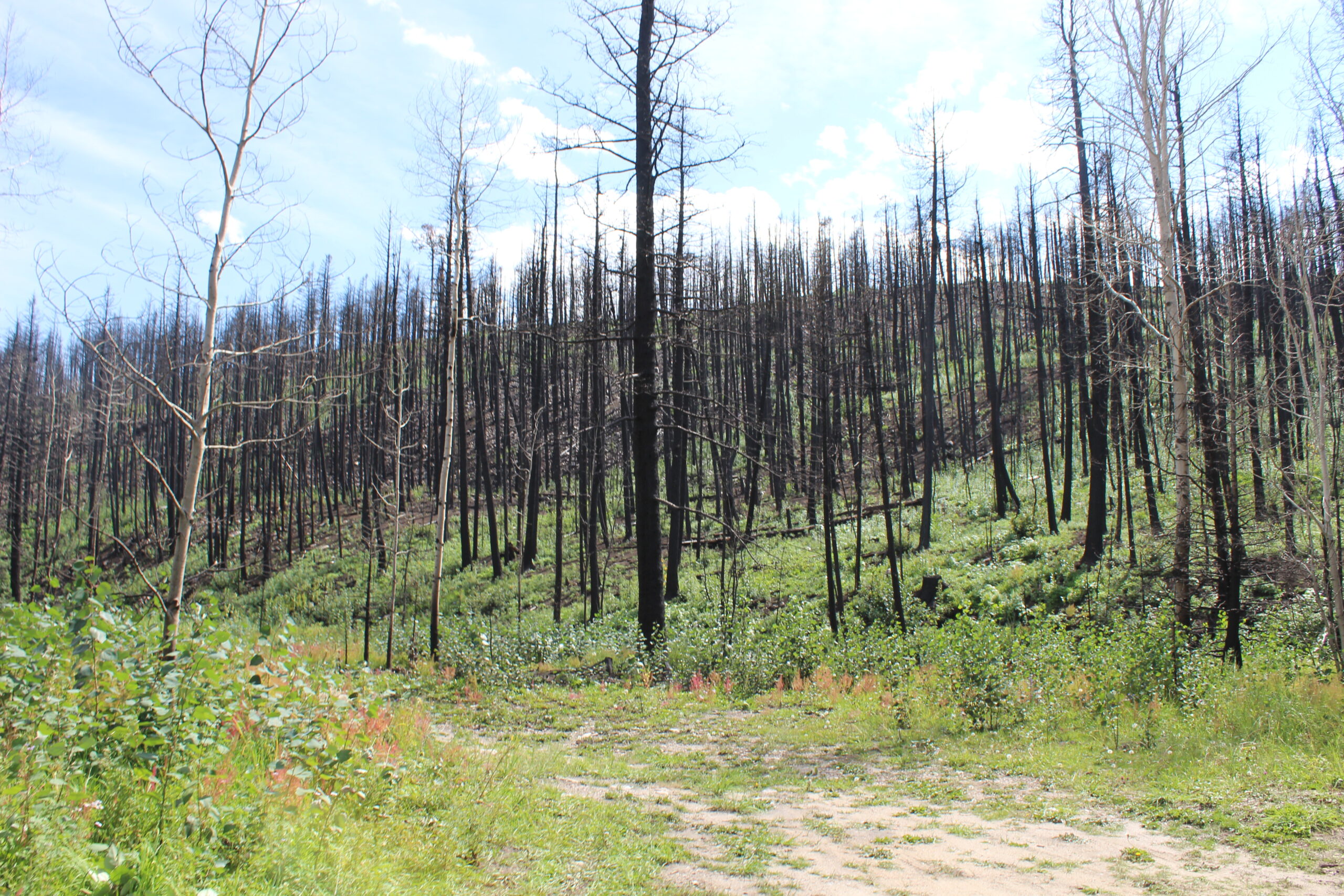 Those who lost acres of trees to the Hermits Peak-Calf Canyon fire are urging the federal agency, which oversees $2.5 billion in aid funds, to change what they say is an unreasonable cap on the amount , which they can receive for burnt trees expected claims under the law.

Last week, the Federal Agency for Disaster Control published 20 pages of provisional regulations on how victims of the biggest fire in the country’s history can receive compensation.

Congress passed the huge compensation program in late September to pay people who lost property in the wildfire that the federal forest service lit. Two escaped fires that burned more than 530 square miles of land in and around Mora and San Miguel counties.

One of those rules was repeatedly criticized at a meeting Thursday night in a middle school auditorium in Las Vegas, NM, where about 100 people showed up to make public comments. It would limit the amount paid for “trees and other landscaping” to 25% of the value of the structure and land before the fire.

Trees on private property are essential to many livelihoods in the burn scar — for firewood, Christmas tree sales, and other uses.

Thousands of acres of private woodland burned as the fire broke out of federal forests. One woman who spoke, Tina Clayton, said the government should change the rule.

“We should be compensated 100% of what was burned on the property. Trees not only provide wood, they also clean our air,” she said. “And we haven’t charged the government for that.”

The rule was included as a holdover from a program modeled after the Hermit’s Peak Fire Assistance Act. In 2000, Congress passed legislation to compensate victims of a botched mandatory burn started by the National Park Service near Los Alamos.

Much of the language in the Interim Rules is taken directly from this law, although the destruction and the people affected are quite different. In Los Alamos, the victims were often homeowners and even federal employees in national laboratories.

Fire victims this time are less affluent, less able to provide evidence of damage and loss of property to buildings, and live in more rural areas. There are also many more small farmers and ranchers. According to the latest census figures, there are at least 2,000 farms in Mora and San Miguel counties where most of the fires were burning.

Angela Gladwell, the FEMA official in charge of the Hermit’s Peak-Calf Canyon Fire Claims Office, told Source New Mexico after the meeting that the 25% cap is one of many rules the agency could change beforehand the rules are official. She also pointed out that due to legal requirements, the agency had to publish the draft rule within a very short timeframe, which often takes months.

“I can’t comment on that (whether the cap will change),” she said. “But I can say we worked under a 45-day legal deadline, so a lot of our release is based on Cerro Grande. We will take into account the comments we have received.”

FEMA officials did not answer any of the questions asked during the public comment meeting, saying the purpose of the gathering is to hear and note comments that should be considered when the agency revises its rules. Any comment will receive a response when the agency releases its final rules in a few months, officials said.

FEMA is holding three additional meetings as part of the public comment portion of its rulemaking.