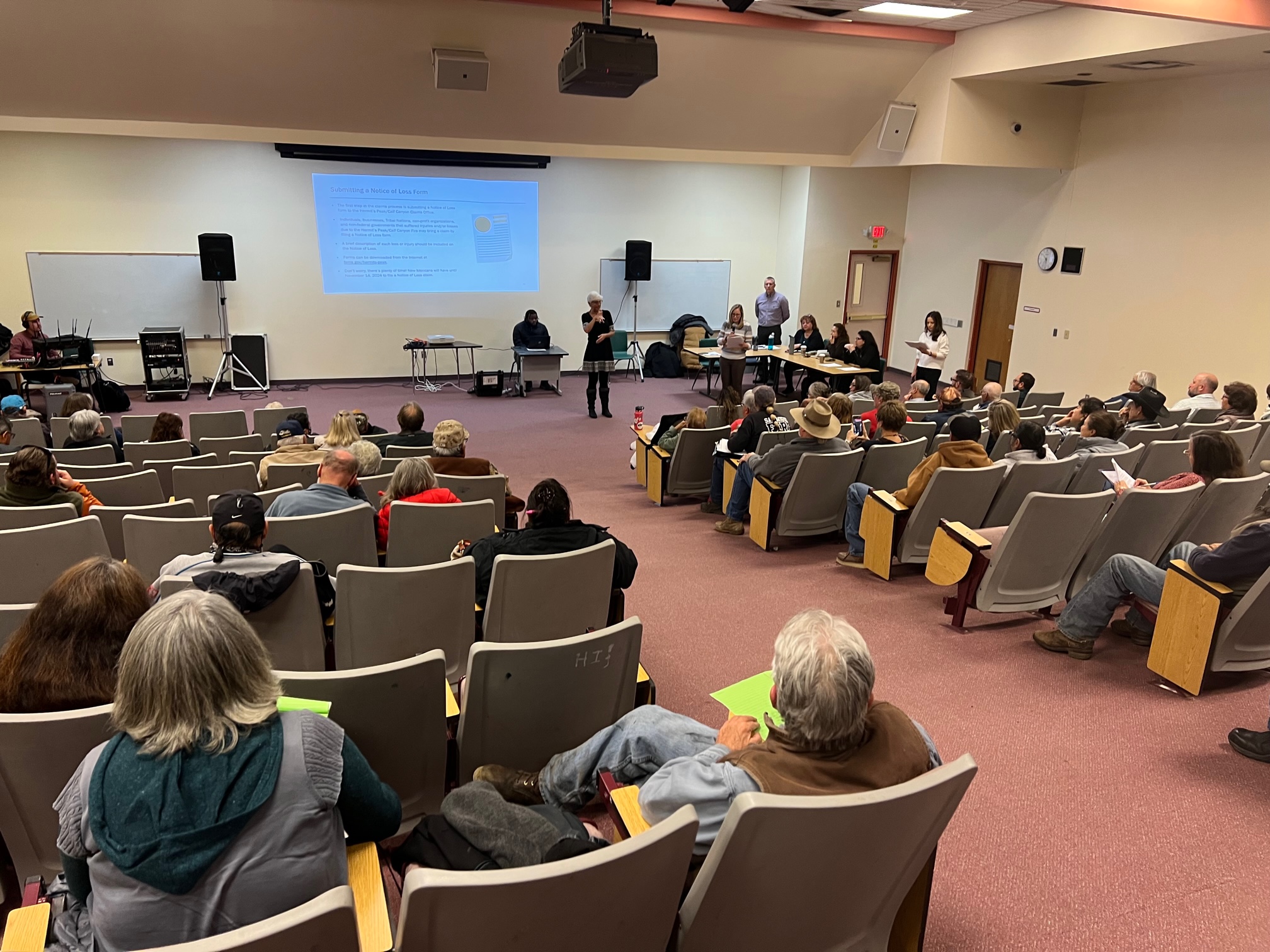 The Federal Emergency Management Agency held its first public meeting yesterday to gather comments on how it might adjust its $2.5 billion program to help victims of the largest fire in New Mexico history, an accidental fire from the United States Forest Service triggered fire, best to help.

But a FEMA official told Source New Mexico that the agency made a big decision before its rules were set in stone: It won’t hire anyone outside the agency to have the final say on claims for damages.

Fire victims and advocates have asked that someone else be appointed, preferably a former judge who is from New Mexico and understands the unique needs of fire victims in this disaster. The law passed by Congress in late September awarding $2.5 billion to fire victims gives FEMA that option.

Alissa Wells, a Mora resident, said she would have more confidence in the process if someone from New Mexico made decisions to deny or accept claims. FEMA’s response to the fire so far has frustrated many residents because of the number of denials it has issued and also how limited the assistance has been.

“Many of us have been turned down multiple times, time and time again,” Wells told FEMA officials at Thursday night’s meeting in a Las Vegas middle school hall. “And a lot of people don’t think we’re being treated fairly if FEMA is to blame.”

North NM fire victims say they need help now even as $2.5 billion is on the way

She also said some of her neighbors with a FEMA bureaucrat at the helm would be less likely to attend.

“I also know a lot of people personally who have said if it has anything to do with FEMA, they just won’t attend,” she said. “You are exhausted. You are tired. And they have better things to do than keep applying and applying again.”

Angela Gladwell is the FEMA officer recently appointed Director of the Hermit’s Peak-Calf Canyon Fire Bureau. The agency is scrambling to set up an entirely new office that will be responsible for disbursing money to fire victims to fully compensate them for many different types of damage they have suffered since the fire began in northern New Mexico . The fire burned more than 530 square miles of land, including forests and ranches.

Gladwell said in a brief interview after the meeting that she would be the so-called “independent claims manager” under the Indemnification Act.

She declined to comment on how that decision was made or why.

However, she has said the bureau will seek to hire as many New Mexicans as possible in key positions for the bureau. The agency hopes to hold a local recruitment event by the end of December.

“We expect that a number of our key positions, particularly those directly linked to the community, will be local staff,” she said.

The law passed by Congress is largely based on the Cerro Grande Fire Assistance Act, which was passed in July 2000, a month after the National Park Service lit a prescribed fire that escaped and destroyed homes in and around Los Alamos. In this case, FEMA also presided over the claims office and made final decisions.

But Antonia Roybal-Mack, an attorney representing fire victims, said the mistrust of FEMA following that fire made it important to reassure victims that they can trust the process.

“We were still very hopeful that this could be the reality…” she said. “I’m not shocked they decided against it. It’s extremely disappointing.”

In a statement, US Rep. Teresa Leger Fernandez, a Democrat whose district contains the burn scar, said her office continues to urge FEMA to hire new Mexicans.

“We need people in this office who understand the unique challenges and culture of affected communities when claims are submitted, reviewed and ultimately decided,” she said. “Local employment is essential to building trust in the Hermit’s Peak Claims Office and ensuring claims processing for New Mexicans who have lost so much is as easy and quick as possible.”