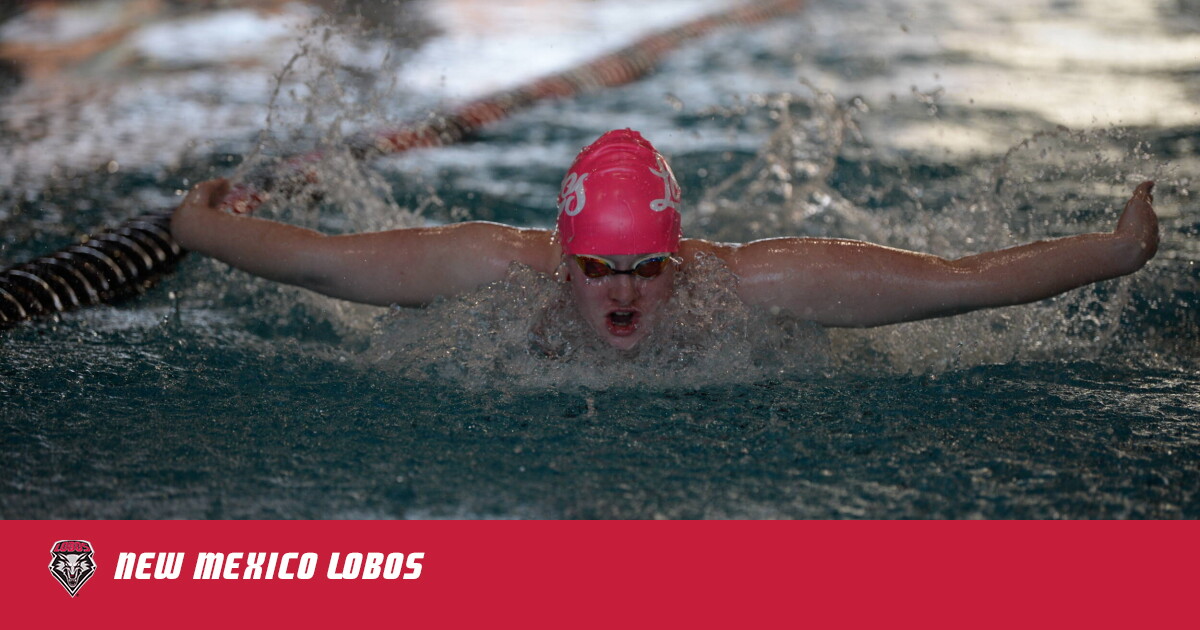 Houston, Texas – The University of New Mexico is currently ranked 6th out of six teams after day one of the Phil Hansel Invitational swim meet in Houston, Texas. The Lobos totaled 186.5 points Thursday, just over 10 points behind fifth-place Tulane. Houston followed by Rice, Air Force and North Texas are the teams currently in the top four spots of the meet.

The Lobos team’s score and table position don’t tell the full story of the day. On a day that saw the team finish in last place, three swimmers set new personal bests and several other new season bests.

Sophomore Katy McCarter and senior Marina Olmstead posted their fastest times in Thursday’s 50-yard freestyle event. McCarter placed 6th at the event and clocked a time of 23:40, which is 13 hundredths of a second faster than ever. Olmstead also set her personal best in the event’s championship final, clocking 23.57 – nine hundredths of a second faster than her previous best.

Junior Ashley Sterchele also set a new best on day one of the meet with a 5:07.28 500 yard freestyle in the E-Finals. She undercut her previous best time by two and two hundredths of a second.

A couple of Lobos also competed in the 1 meter jump on Thursday. Sophomore Alex Robertson tied for 10th in the championship final of the event (242.40). Junior Kristen Hepfer placed 14th (229.25) and emerged in the consolation final.

New Mexico has work to do with the remaining two days of the Houston meeting.