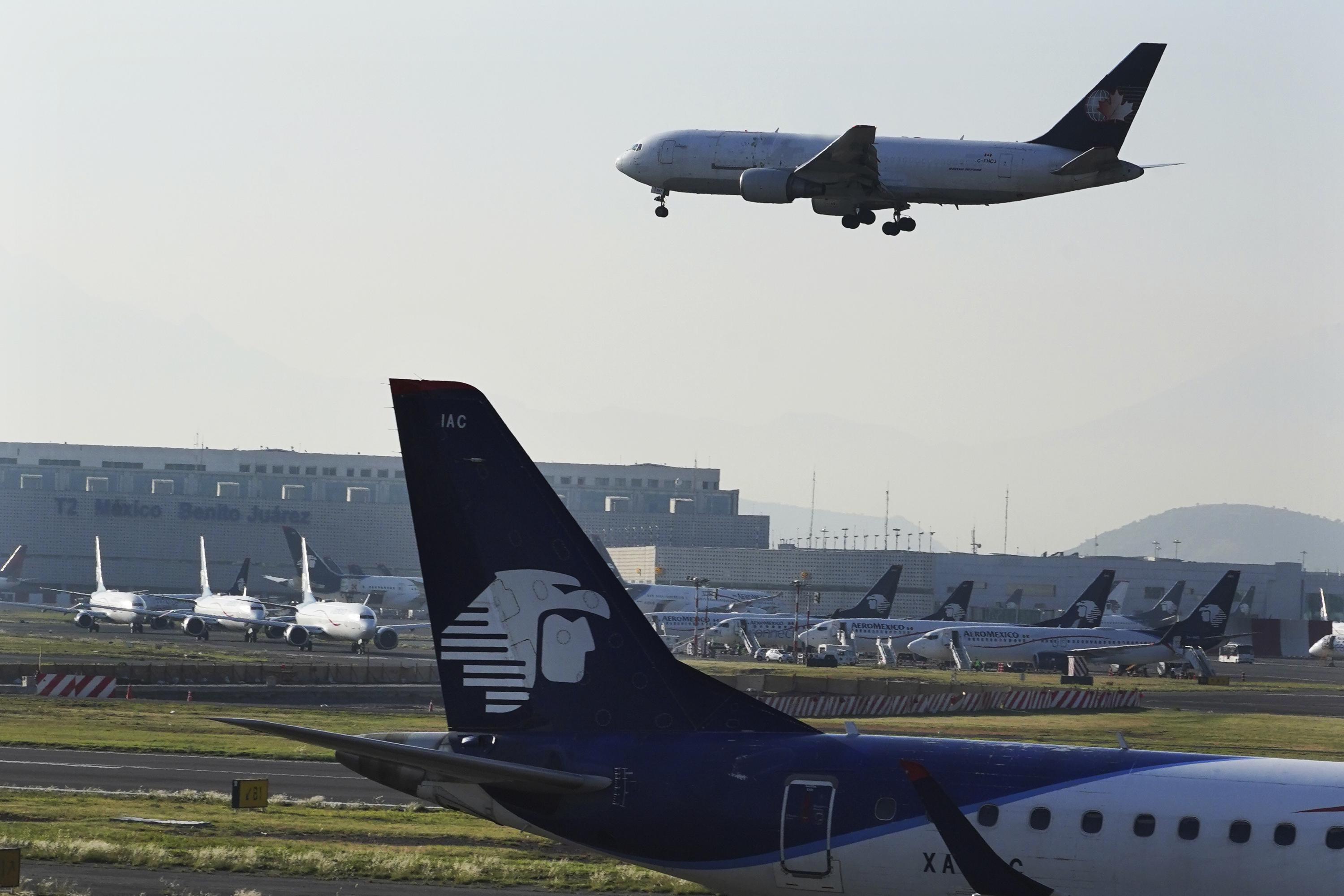 MEXICO CITY (AP) — Mexico’s domestic airline industry is in shambles, plagued by safety problems, a ratings downgrade by the US Federal Aviation Administration and vandalism.

Wednesday’s internet outage came nearly a month after aviation and transportation authorities were forced to suspend medical, physical and license renewal exams until 2023 because the Department of Transportation’s computer systems were hacked.

Things only got worse after a near miss between two planes at Mexico City Airport on May 7th. Authorities said one of the airport’s main terminals is sinking and emergency work is needed to support it.

President Andrés Manuel López Obrador’s response was to propose allowing foreign airlines to fly domestic routes. But the safety downgrade — the FAA dropped Mexico from Category 1, which most countries have, to the lower Category 2 in 2021 — is preventing Mexican airlines from opening new routes to the United States.

As a result, Mexico’s struggling airlines face competition in their home market and lack access to new international routes. Experts say this all looks like a disaster for domestic aviation, a sector that López Obrador had put special emphasis on developing.

“It’s not very encouraging for investment or the prospect of regaining Category 1 in the short or medium term,” aviation expert Rodrigo Soto-Morales wrote in the a21 journal, citing the internet outage and hacking attacks.

Authorities said Mexico City airport’s Internet cables were severed by thieves who mistakenly thought the fiber-optic cables were salable copper. They emphasized that it happened outside of the airport compound, but in fact it was a cable line running directly into the airport less than a mile away.

Rogelio Rodriguez Garduño, an aviation expert who teaches aviation law at the National Autonomous University of Mexico, said the events reflect a decades-long decay in Mexico’s aviation regulations. Unlike most countries, Mexico does not have an independent aviation authority.

“If something goes wrong, they investigate themselves and say that they are not responsible,” Rodriguez Garduño said.

It does not bode well for López Obrador’s promise to regain a Category 1 safety rating.

“It seems possible that this is a process where we are going backwards,” Rodriguez Garduño said.

Consider the May 7 incident when a Mexican plane was allowed to land on a runway where another plane was scheduled to take off. They came within a few hundred yards of each other.

The only person apparently fired over the near miss was a crew member from another plane, who filmed the incident on their cell phone, accompanied by the words “no, no, no” and a phrase that went something like “don’t.” to understand.”

“The problems that we see with air traffic control, for example, where planes are about to collide … the failure of the immigration system, the problems with training and maintenance oversight, the issuance of permits, that’s a recurring thing I didn’t have yesterday with this one.” government,” said Rodriguez Garduño, “although this government has not taken the necessary steps either.”

It’s all an odd position for a president who placed so much emphasis on the airline industry that one of his administration’s biggest projects was to build a new airport in Mexico City to relieve the crowded old terminal.

López Obrador has asked the army to offer civilian domestic flights and has publicly expressed his desire for a state-owned airline in Mexico. But the president doesn’t spend money on the kind of independent regulators many say are necessary to keep things safe.

There have been at least 17 incidents of ground warning systems for planes approaching Mexico City Airport over the past year. The International Air Transport Association, which represents 290 airlines, wrote to Mexico’s airspace navigation services, expressing concern over the tight outlook.