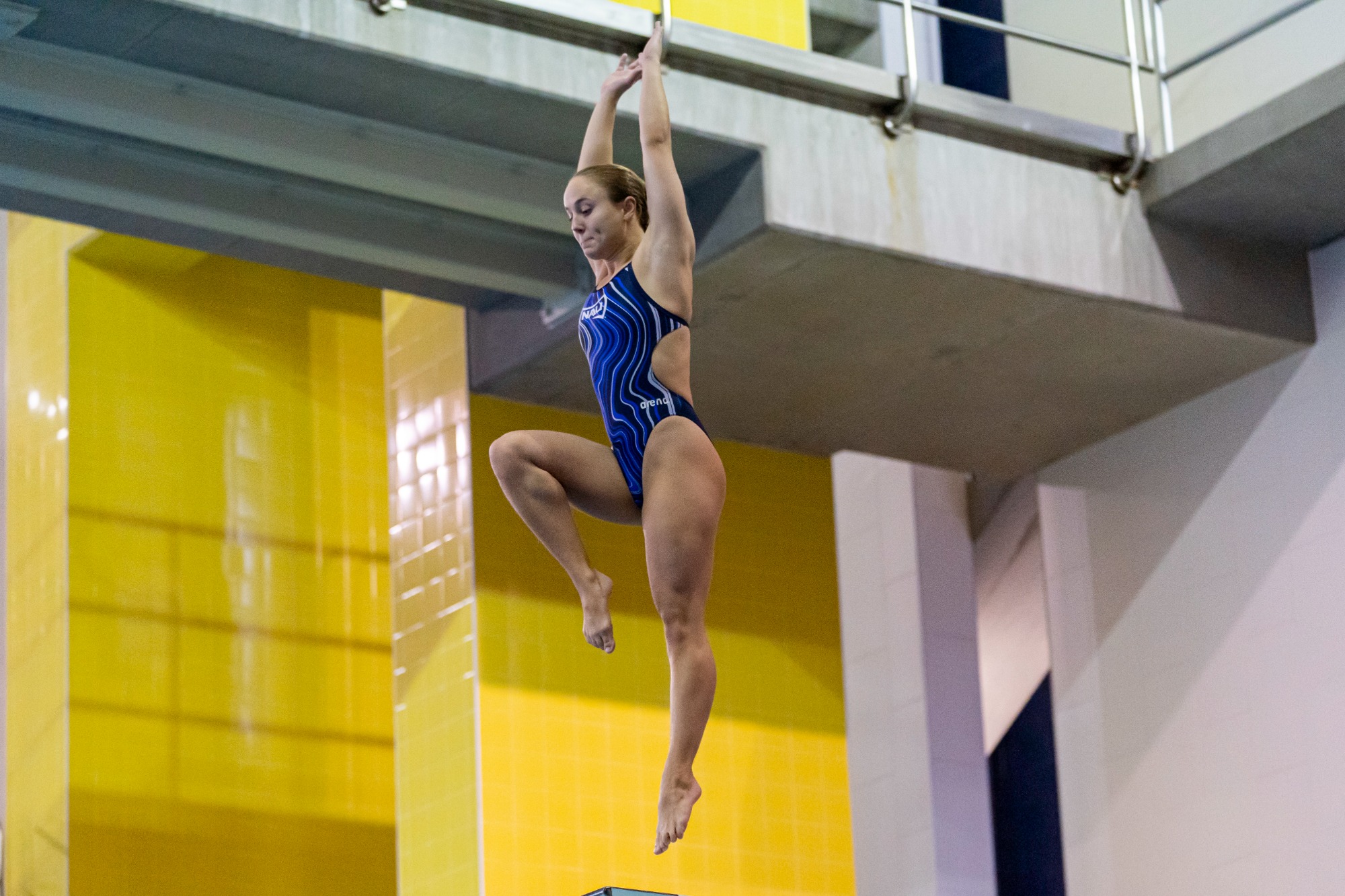 NAU took the top spot on the scoreboard. Junior Maegan Jenson, who won the 3m final last year, was the top scorer for NAU in the heats, securing 274.85 points for a second-place finish. Jensen was followed by Mackenna Stocker in third (271.45) to round out the podium.

Six Lumberjacks finished in the top 8 to qualify for the 3m final to end the day. Junior Victoria KnappFreshman Margaret Wesche, sophomore Makenna Sammons and seniors Emily Luberto filled the final event with places five through eight in heats.

Knapp and Luberto joined Jenson as the lumberjacks to reach the 3-yard final for the second straight year.

“The fact that we had six of the first eight places in the final is great,” says NAU Head Diving Coach Nicky Kelsey said.

Newcomer Grace Wesche missed the final by just one place, finishing ninth in the heats (237.90). With the momentum to reach the consolation round as the best jumper, Wesche secured the consolation victory by beating Italia Ane Aranzabal De Pozo from the state of New Mexico with almost eight points and a score of 234.90.

second grader Kendall Marquez was the second and last logger to compete in the consolation round, along with Grace Wesche of Flagstaff. Marquez finished eighth on the lap and secured a score of 196.80.

“We had two more in nine through 16 with Grace winning the consolation final. That’s great,” Kelsey said. “Kendall slipped in there and she did a great job today. I was very proud of our entire team.”

NAU took three of the first 4 places in the 3m final that took place in the afternoon. UC Davis’ Sydney Wren matched her winning performance in the Finals (282.95). The trio of Sammons, Stocker and Knapp took second, third and fourth place respectively, a strong overall performance by the host team.

“Victoria is back after a month of battling an illness, so the fact that she’s been out hunting for a while was great,” Kelsey said. “Makenna Sammons The performance last season was excellent.”

Margaret Wesche, Luberto and Jensen rounded out the final lap in sixth, seventh and eighth respectively to round out the first day of the invitation.

Day 2 of the Lumberjack Diving Invite will be held tomorrow at the Wall Aquatic Center with the 1 meter dive events beginning at 10:30am MST.

“1 meter is actually a bit harder because they’re all working much closer to the same lists,” Kelsey said. “They don’t have that much time to make some corrections so we need to have our legs and our enthusiasm and pump ourselves up a bit more tomorrow.”