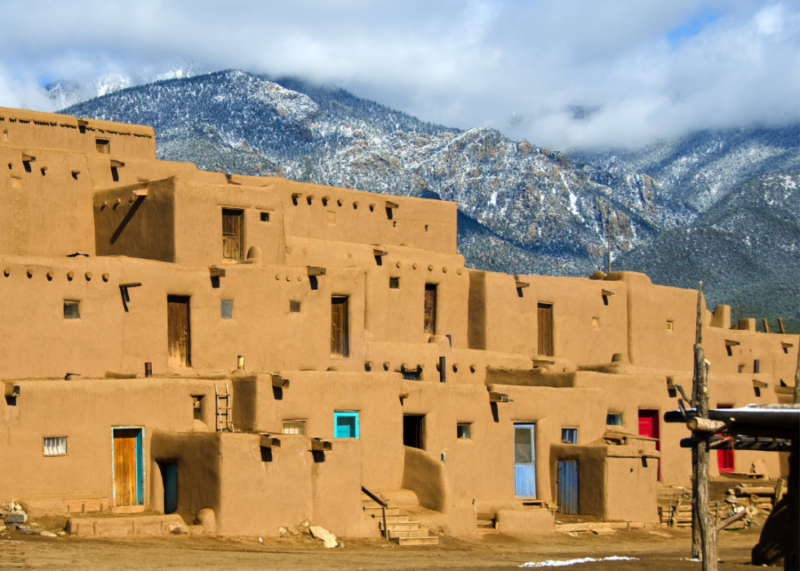 About half of Native Americans live on reservations, of which there are about 326, covering about 56.2 million acres. The 16-million-acre Navajo Nation reservation in Arizona, New Mexico, and Utah is the largest, and the 1.32-acre Pit River Tribe Cemetery in California is the smallest.

Compared to other US races, Native Americans have a life expectancy that is more than five years shorter. The suicide rate among Native American youth is 2.5 times higher than among youth in the rest of the country. Native Americans are 2.5 times more likely to be victims of violent crime than the national average, and more than four in five Native American women will experience violence in their lifetime. Collectively, these problems can be viewed as symptoms of several larger issues, including access to social services, educational opportunities, nutrition, and health care. Property rights pose greater problems in that residents who do not have title deeds to the land they live on find it difficult to obtain credit, which is a significant obstacle to upward mobility. Meanwhile, tribal lands are difficult to sell for franchises and other commercial developers who would bring jobs to reservations, as these companies are often reluctant to negotiate tribal contract terms.

An attempt to tone down the above statistics came in 1968 with the founding of the American Indian Movement (AIM) in Minnesota, which championed sovereignty and rights. The group famously occupied the Wounded Knee battlefield on Pine Ridge Reservation for more than two months in 1973.

Rep. Deb Haaland, a member of Laguna Pueblo in New Mexico, has since been appointed head of the U.S. Department of the Interior for President Joe Biden’s administration, becoming the nation’s first indigenous cabinet secretary. Its responsibilities include the underfunded Bureau of Indian Education and the Bureau of Indian Affairs, the latter of which oversees 55 million acres of tribal land.

Read on to find out which states have the largest Native American populations.