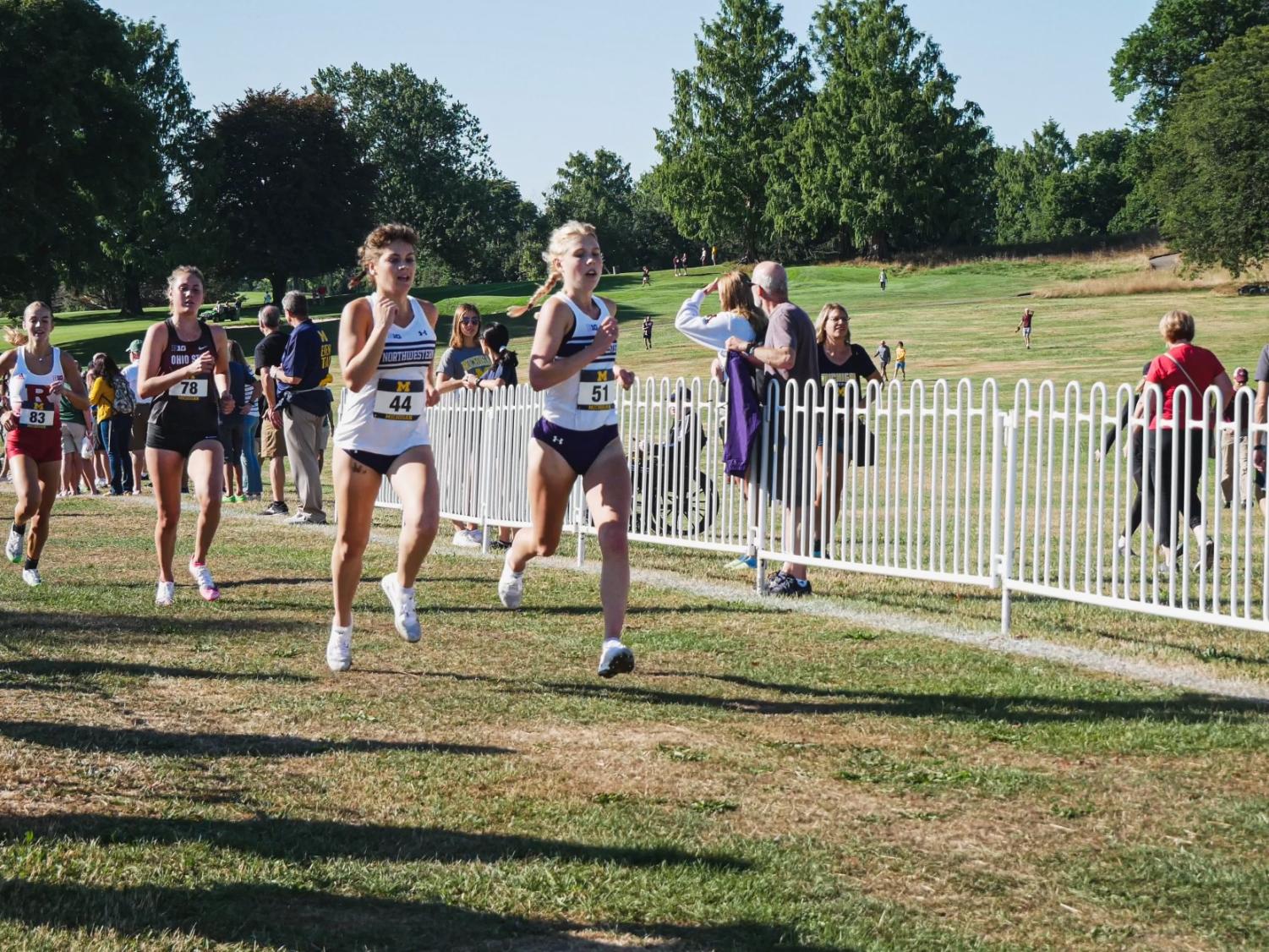 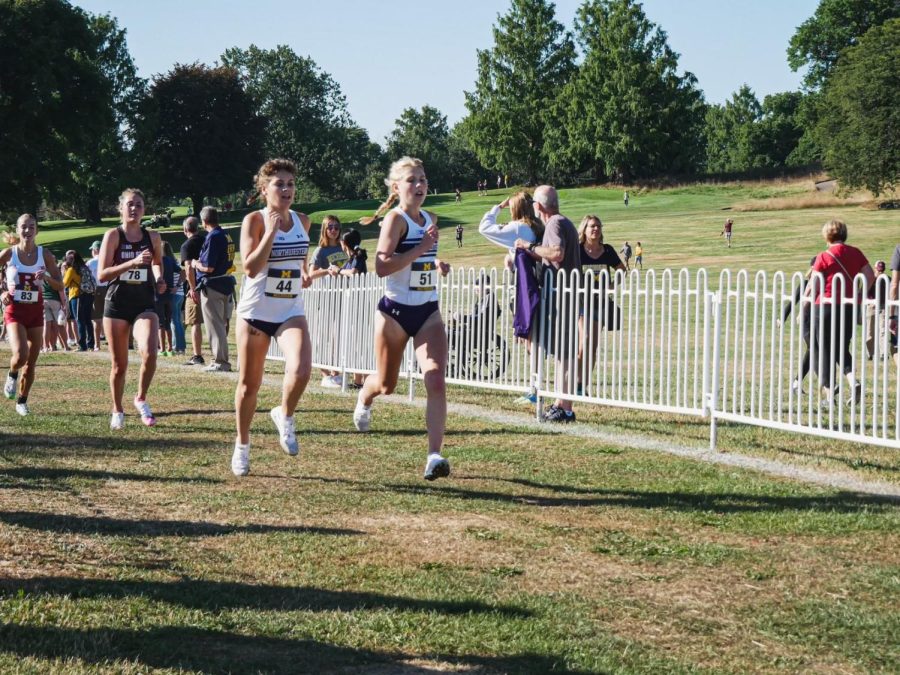 Sophomores Ava Earl and Anna Hightower are running in a race. The two competed in NU’s first appearance at the NCAA Division I Women’s Cross Country Championship since 2002.

Northwestern finished 30th in their first NCAA Division I Women’s Cross Country Championships appearance since 2002, capping a historic season for the Wildcats.

While the Cats had hoped to do better at the Big Dance, coach Jill Miller said she’s still proud of her record-breaking efforts this season.

“I know it’s hard to end by saying that maybe you didn’t achieve the goals you set out to do at the national championship,” Miller said. “But looking back, there are so many historic moments for this group.”

In the women’s 6,000m, graduate student Rachel McCardell crossed the line in a time of 20:43 – good for 116th place – as the NU’s leading runner. Last season, McCardell qualified as a singles player for the national meet, finishing 82nd.

In his final trip to the Big Dance in 2002, NU also placed 30th, with Rachel Evjen taking first place for the team in 89th.

Earl said the team learned many lessons from competing on the national stage.

“It was a tremendous learning experience,” Earl said. “We didn’t play the way we wanted but I think we really went in with great headspace that we’ve had all season.”

NC State on Saturday defended its 2021 national title by finishing first in a field of 31 teams, with junior Katelyn Tuohy winning the women’s race. New Mexico and Alabama finished second and third, respectively. Oklahoma State, who tied NU for first-second at the Midwest Regional Championships, finished fourth overall. The Cats were one of five teams in the Big Ten to qualify for the Nationals.

Miller said the field at the meet is incredibly large, especially with runners utilizing an extra year of eligibility earned through the NCAA’s pandemic rules.

Saturday’s race ended a record season for the Cats. After a string of solid performances, NU slumped down the national rankings at number 29 for the first time since 2002 in October.

The Cats finished fifth in the Big Ten Championship at their first meeting of the postseason, marking their highest conference meeting finish since 1986. NU secured their ticket to the Big Dance with a second-place finish at the Midwest Regional Championships, where four Cats also received awards for all regions – the most in the program’s history.

While the team fell short of their NCAA championship goals, Earl said she was proud to be a part of his history-making season.

“I would much rather have one bad race on this team than a million good races on another,” Earl said.

Recent seasons under Miller have seen impressive growth for NU after finishing 13th – near the bottom of the rankings – in both the regional meeting and the Big Ten championship in 2019.

Miller said she encourages her runners to apply the lessons learned from the NCAA championship and the rest of the season to other aspects of their lives.

“Athletics is something we do to teach them how to be successful in life,” Miller said. “[It teaches]how, together as a group, you can accomplish things that perhaps no one else believes can because of a great vision and commitment to a collective goal.”