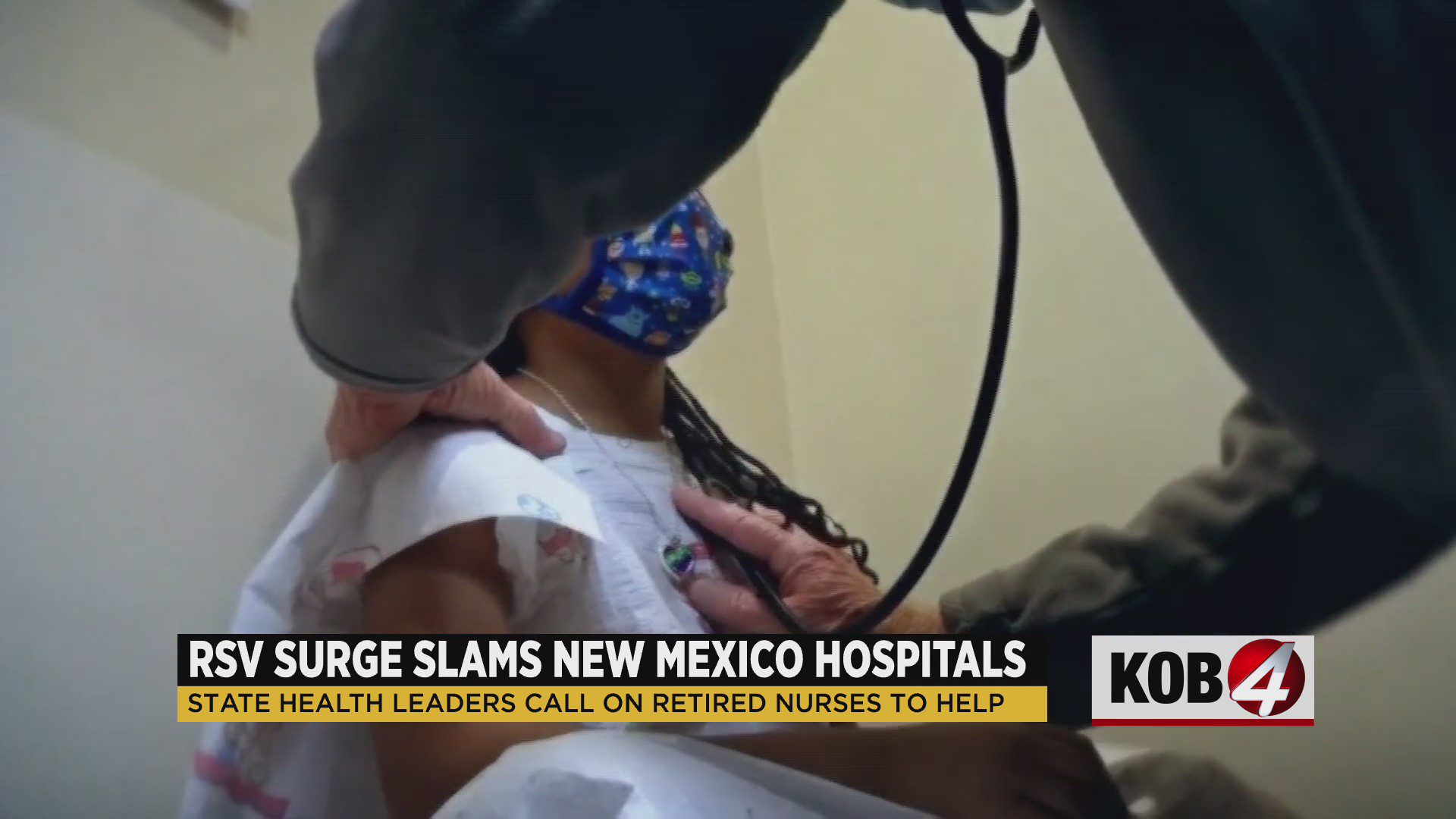 ALBUQUERQUE, NM — RSV cases are rising across the country, but New Mexico hospitals are reaching capacity, particularly in their pediatric departments. Now many are asking for help.

Clinics, emergency rooms and emergency services are all seeing record numbers of RSV cases and patients with respiratory infections.

“Now almost every company has staff shortages and we’re no different, so having so many patients coming in and our nurses going through messages and talking to parents and triaging our patients is definitely putting a strain on our front office staff – we can at one You only see so many patients a day,” said pediatrician Dr. Alex Cvijanovich.

Most of the patients that Dr. Cvijanovich treated every day, suffering from RSV.

RSV sent an average of four out of every 100,000 children to the hospital this fall, according to the CDC’s interactive RSV dashboard.

In New Mexico, however, the hospitalization rate is more than double – and compared to other reporting states, New Mexico had the highest number of cases last week.

“We’ve just seen a record number of respiratory infections, generally many children with RSV, which can cause symptoms that cause cold-like symptoms, sometimes it hits children worse than a common cold,” Cvijanovich said.

In this case, you should take your child to the doctor. However, so many hospitals in the state are running out of rooms.

A shortage of nurses

“Hospitals are at 130% occupancy and to do that we need to create extra beds, but we need the extra staff to care for the patients who are in the beds,” said New Mexico Hospital Association President and CEO Troy Clark.

“We are reaching out to those with past experience in pediatrics who have chosen another career in retirement or part-time if they would be willing to come back and help to see if we can help with that, everyone pediatric patients who may have been admitted and need in-state hospital care to avoid having to be transferred out of state,” Clark said.

Clark says sending children abroad for treatment is a last resort and they hope this shortage doesn’t last too long.

“We’re hoping it’s just the winter season where we obviously can’t say into the future and we’re hoping we don’t have a longer impact on our children, but we’re looking for those who are willing to add an extra one here or there.” shift to take over. ‘ Clark said.

If you are interested in returning to a pediatric clinic, please contact the New Mexico Hospital Association by calling (505) 343-0010 or emailing [email protected]

symptoms of the RSV

dr Cvijanovich says RSV looks different and has different symptoms depending on the age of the child.

Babies have bellies that move up and down faster than normal and their breathing sounds like a dog’s panting. Infants and young children have difficult breathing and you may notice what Dr. Cvijanovich calls a pulling in the ribs or in the neck. Older children have a persistent cough, wheezing, and difficulty breathing.

“If they see any of this, they absolutely need to go to the ER or the ER if it isn’t fixed with suction,” Cvijanovich said.

dr Cvijanovich adds that the best defenses this flu season are getting vaccinated, washing your hands frequently and wearing a mask to prevent the spread of disease.