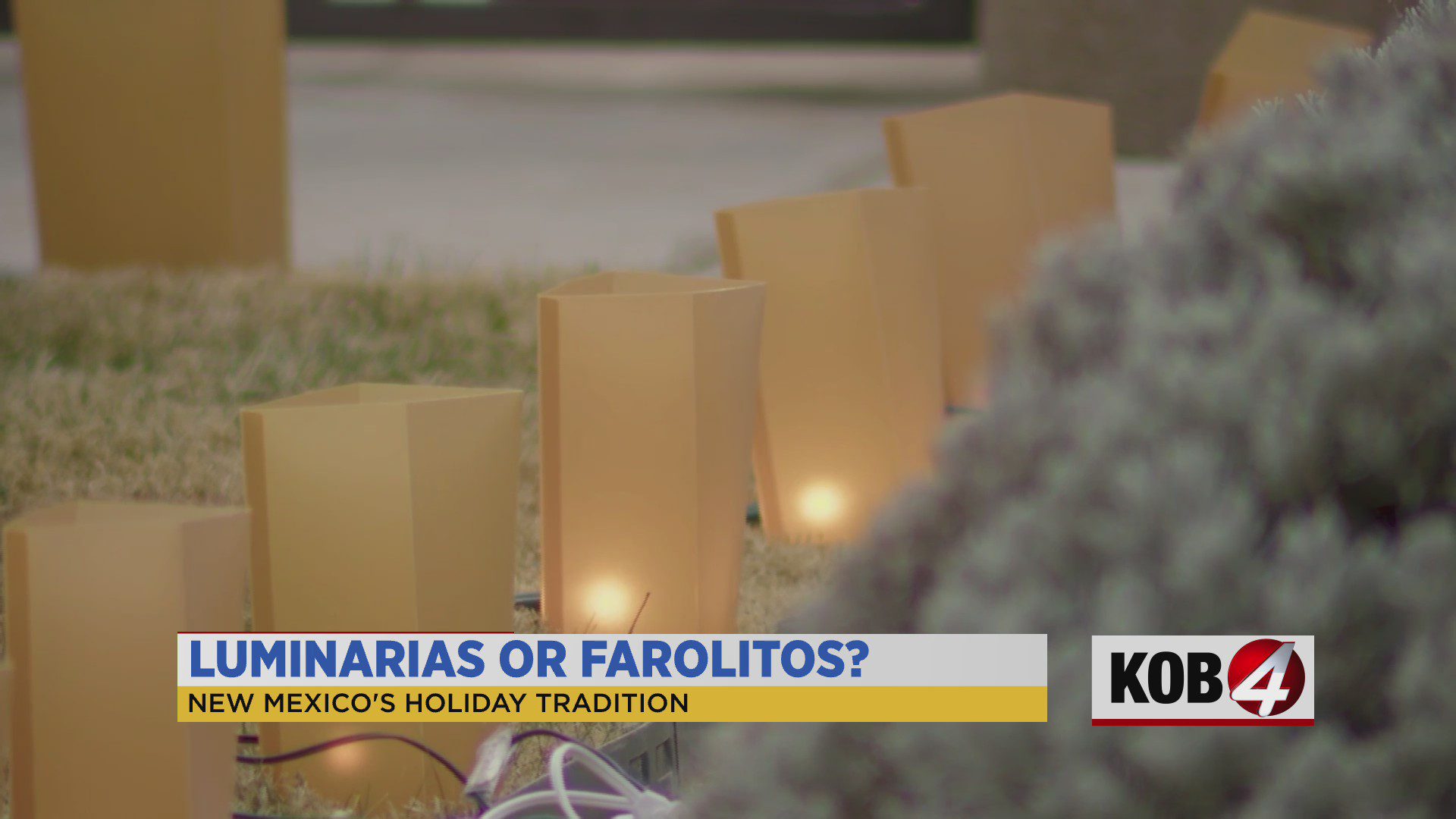 ALBUQUERQUE, NM – We’ve all seen the paper lanterns that line sidewalks, driveways, and even rooftops, but what’s their actual name?

New Mexico state historian Rob Martinez says that northern New Mexicans call them farolitos, and they say it’s because the word “luminaria” means “campfire.” Martinez estimates that La Bajada, south of Santa Fe, is where the switch will take place.

Martinez’s family hails from northern New Mexico, and that’s why he says Farolitos. Meanwhile, some residents in Southwest Albuquerque, for example, are arguing for Luminaria:

“I hate to be naive, but I only know them as Luminarias,” said resident Aaron Frankel.

“I don’t want to get into family feuds. We call them Luminarias,” said resident George Griego.

Martinez says both sides are right about the holiday symbol, which has become as iconic as green chillies or the smell of Leña firewood burning at night. No matter what you call these iconic lanterns, the symbolism never changes.

“Our tradition of Farolitos and Luminarias illuminates New Mexico during the darkest and coldest time of the year,” explains Martinez. “We need that light and we need that warmth, now more than ever.”

The lanterns mark the arrival of the holiday and their origins stem from the centuries-old tradition of putting up lanterns or lighting small outdoor fires around Christmas.

“This is a universal idea that goes back centuries,” Martinez said. “As for those little farolitos, those lanterns, we’re not sure. This is folk history.”

The Spanish, indigenous peoples, and American settlers all influenced the tradition, but the idea of ​​using paper lanterns may have originated in China, Martinez says.

“There was a lot of trade with Asia in the Spanish Empire — the Manila trade — and some of those goods and traditions were probably brought into Mexico from Asia and then found their way up the Camino Real to New Mexico,” Martinez explained.

All these different cultures that influenced the tradition could also have led to the double name.

“We have to keep in mind that northern New Mexico uses a different language than the Albuquerque area,” Martinez said.

For most New Mexicans, however, the name is just a word.

“I love that they’re supposed to light the way,” said Maggie Klappauf, a resident of Northeast Albuquerque.

“Going into the neighborhood and seeing everyone line up and all the lights are on on Christmas Eve is pretty spectacular,” Frankel said.

It really is a tradition that anyone can take part in.

“We’re Jews, and for us Luminarias are just still part of the New Mexico tradition. It lights the way for the holidays in our minds,” said Melissa Frankel, a resident of Southwest Albuquerque.

On Christmas Eve one of the biggest exhibitions of Luminarias/Farolitos takes place. Although tickets are sold out, you can learn more about ABQ Ride’s Luminaria Tour on the event website.