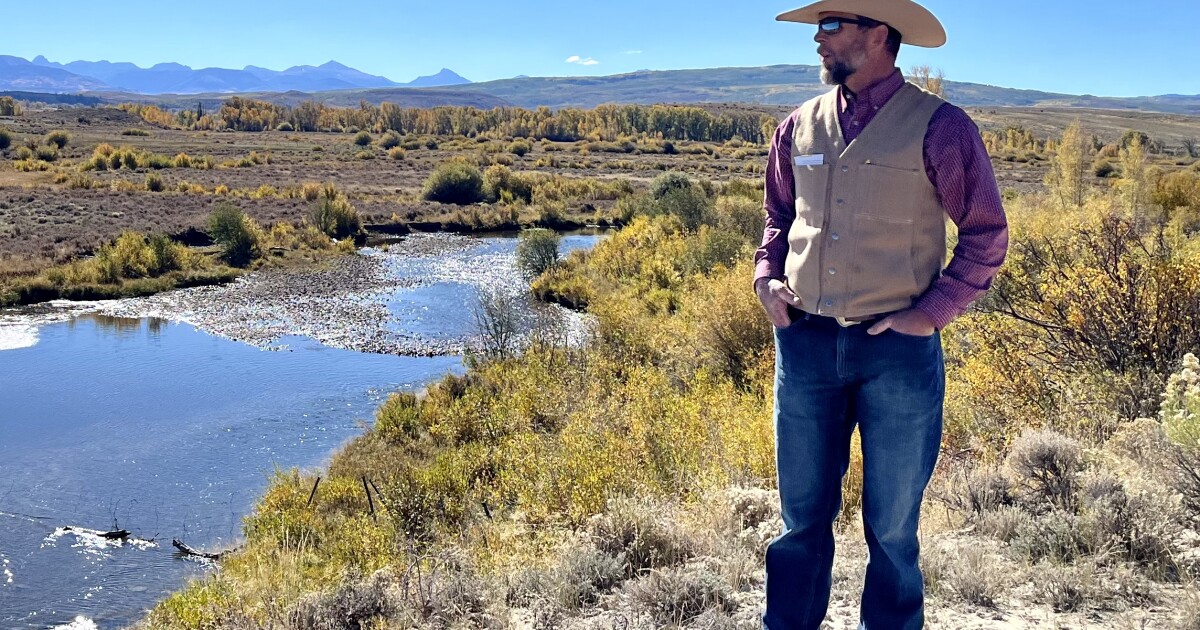 The roughly 500-mile-long Bear River meets the Great Salt Lake at a dam at the Bear River Migratory Bird Refuge in northern Utah. Gnats and wasps inundated the hunters and fishermen preparing for a day on the water on a recent morning, making these thousands of acres of marshland seem less than inviting.

But for birds like the Wilson’s phalarope, this is a critical refueling stop on their journey from western Canada to Argentina, said John Luft of the Utah Division of Wildlife Resources.

“Usually they have to double their weight when they’re here to make it on a non-stop flight to South America,” he said.

Luft said that for more than 10 million migratory birds a Shrinking Great Salt Lake threatens their habitat. The lake’s surface covered more than 3,000 square miles in the 1980s. Today that number is less than 1,000, boosting the ecosystem on the brink of collapse.

The consequences of a dried up Great Salt Lake not only affect birds. It threatens Utah’s brine shrimp and mining industries. Ski resorts might also see less powder snow as humidity in the lake effect decreases. Also, toxic remnants of an industrial past could be thrown into the air toxic dust storms.

Joel Ferry, a fifth-generation Utah rancher and farmer who heads the state’s Department of Natural Resources, said residents are increasingly concerned about the iconic lake.

“The people of Utah are realizing that this is a real problem and it’s something they’re personally investing in now,” he said. “We have to realize that it’s not an unlimited resource.”

Ferry said a key to reversing trends at the Great Salt Lake is conserving more water from the rivers that feed it, including the Bear River.

Flowing through three states in a horseshoe shape, the Bear is North America’s largest river not to ultimately reach the ocean. It also delivers more than the half the water that flows into the Great Salt Lake.

But the river basin has had below-average rainfall for four of the last five years, according to the National Resource Conservation Service. It’s also under a lot of pressure from people who depend on it – and from climate change.

“The Bear River is the key to saving the Great Salt Lake. And that’s what we should focus on,” Ferry said.

Adrian Hunolt is a Wyoming rancher near the headwaters of the river, and he said he’s seen changes in the land he works.

“Seems like we’re at the end up here now. So we have a year with extremely little snow and then a year with enormous snow,” he said.

Hunolt lives at 7,800 feet, mostly among windswept fields of sagebrush. He said he only made a 60-day growing season possible because he diverted water from the Bear River to his hayfield. hundreds of landowners in Wyoming, Idaho and Utah do the same subject to the rights set forth in a Tri-state compact.

“What I need to do in the summer is bench grass so I can use it in the fall and winter,” he said. “We’ve actually been watering these meadows here all summer.”

The water is eventually filtered back into the river basin and Hunolt’s wetlands provide habitat for birds, elk and beavers. But farming in the sensitive watershed is still controversial, especially in northern Utah.

A Utah State University study found that agriculture accounts for nearly two-thirds of the water diverted in the Great Salt Lake watershed for human use. Hunolt points to the downstream development as a problem.

“I don’t feel that much has changed up here in the valley in the last 150 years,” he said. “But the Great Salt Lake continues to dry up.”

Utah Legislature passed a number of laws this year are trying to get landowners to use less water. The governor too obtain new water rightsand the state can even pay farmers not to grow Field crops such as alfalfa.

Joel Ferry said agriculture is willing to do its part to conserve it.

“I see that in my neighbors. There’s an inherent desire to improve your operations — to be more productive, to be sustainable,” he said.

However, what may not be sustainable is population growth in Utah – It is expected that 2.2 million new people will be added over the next four decades. A year-long development project could divert more water from the Bear River to accommodate this growth.

With so many competing interests, compromises will be difficult to find. The question is, can local lawmakers and residents come up with a fair plan to save the Great Salt Lake before it’s too late?

Editor’s Note 11/21: A previous version of this story didn’t have as many images or as much regional context. This article has been updated to add additional information.

This article was also made possible by a reporting trip with the Intermountain West Joint Venture.