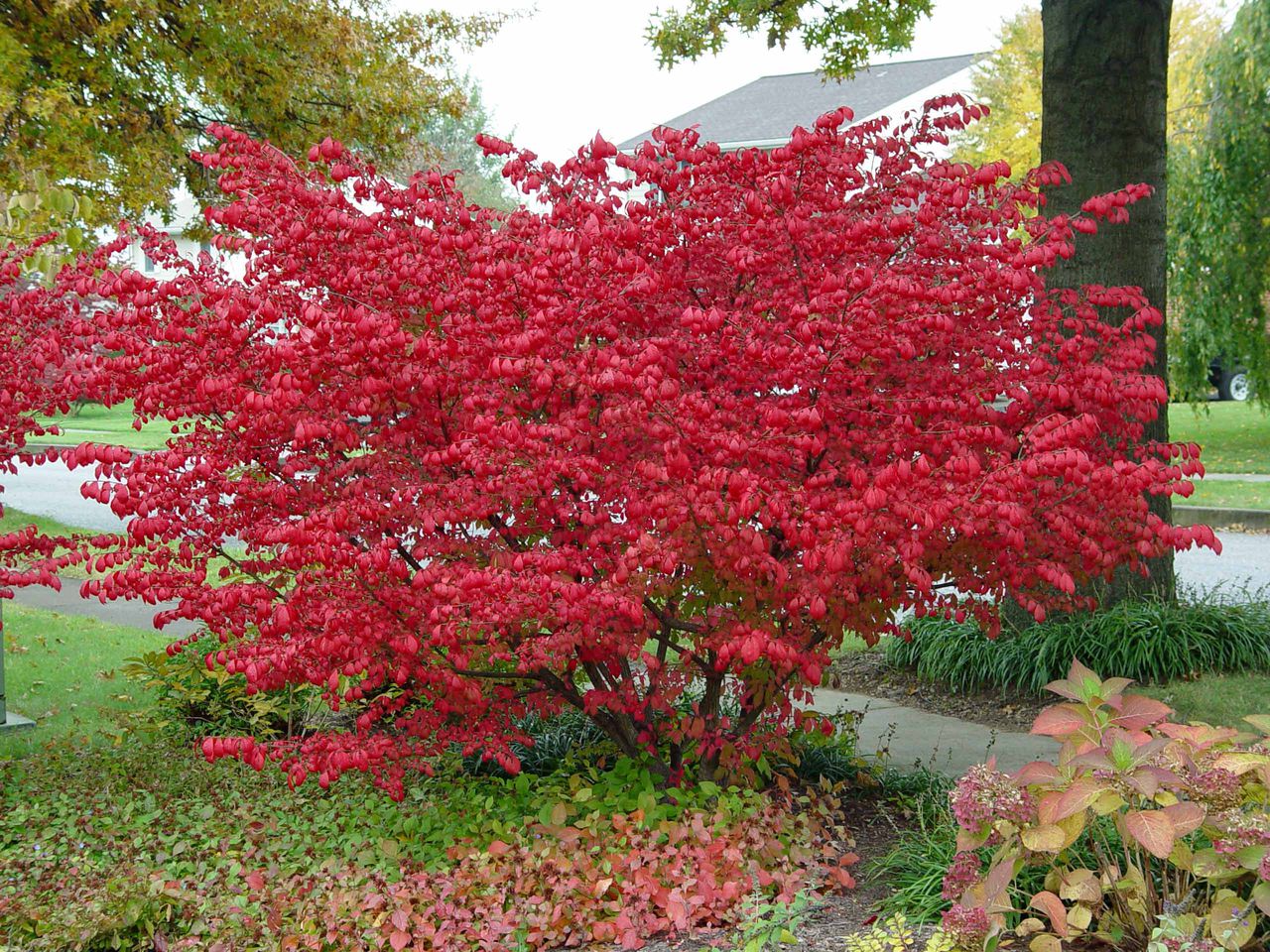 Burning bush — a common landscape shrub popular for its fiery red fall foliage — has been classified as invasive by the state Department of Agriculture and is being banned from sale in Pennsylvania.

The Department of Agriculture’s Controlled Plants and Noxious Weeds Committee voted starting Jan. 10 to add the burning bush, along with four species of privet, to the state’s list of controlled plants and noxious weeds, meaning those plants are available for sale in Pennsylvania Garden centers and nurseries will be banned.

As with two other popular landscape plants that recently landed on the list of noxious weeds (Japanese barberry and flowering pear tree), the bans on burning shrubs and privet are being phased in.

“The grace period for these plants will be announced in January, along with procedures for retailers and recommended native alternatives for homeowners looking to replace their shrubs,” said Shannon Powers, Ag Department press secretary. “Homeowners are not being asked to remove bushes, but rather to replace them and control the spread of existing bushes.”

The latest bans continue a government crackdown on invasive plants that began in late 2021 and early 2022 when Japanese barberries, flowering pears, Ravenna grass, Japanese stilt grass, garlic mustard, and common and glossy sea buckthorn were added to the list of noxious weeds.

Powers said the sale of Japanese barberries will be banned from October 8, 2023, and flowering pears from February 10, 2024. The grace period for Buckthorn buckthorn ends in February 2023. (The others are not widely available in garden centers or sold at all.)

Though plants can be sold up until the above deadlines, Powers added that “we would strongly discourage homeowners and landscapers from buying them and instead encourage them to plant native, non-invasive alternatives.”

Four species of barberry have been exempted from the ban because they have been shown to be sterile (i.e. they do not produce viable seeds making plants invasive). These four can be sold in Pennsylvania and are all members of the WorryFree series developed at the University of Connecticut – Crimson Cutie, Lemon Cutie, Lemon Glow and Mr. Green Genes.

The Committee on Controlled Plants and Noxious Weeds plans to add star alyssum and five species of non-native honeysuckle to the list of noxious weeds at its next meeting in January.

Agriculture Secretary Russell Redding testified at a legislative hearing last year that invasive bugs, diseases and plants combined cause an estimated $120 billion a year in damage and loss in the United States

“Invasive plants crowd out our native plants and trees for nutrients and sunlight, leading to dramatic changes in the composition and structure of our forests and natural areas,” Redding said. “What Penn’s Woods will look like in a generation or two may be unrecognizable compared to what it is today. After habitat loss, invasive species are the second largest contributors to biodiversity loss and species extinction.”

The Burning Bush (Euonymus alatus) has been a staple of Pennsylvania landscapes for decades for its durability, shearability, and dense growth habit, but most importantly for its bright red foliage in the fall, before the leaves drop.

However, the plant produces small red berries that birds eat and spread to unwanted areas, where the plant then often outperforms everything else.

Privets are broad-leaved evergreens most commonly used as upright, boxwood-like hedges. The four species added to the list of noxious weeds are Chinese, European, Japanese and border privet.

Privets can also seed into the wild, displacing native plants that are more valuable to native wildlife and pollinators.

Even more plants are likely to be banned as the Controlled Plant and Noxious Weed Committee evaluates other species identified as invasive.

An advisory group to the committee last year focused on 25 invasive species that have the greatest negative impacts on the state’s environment and economy.