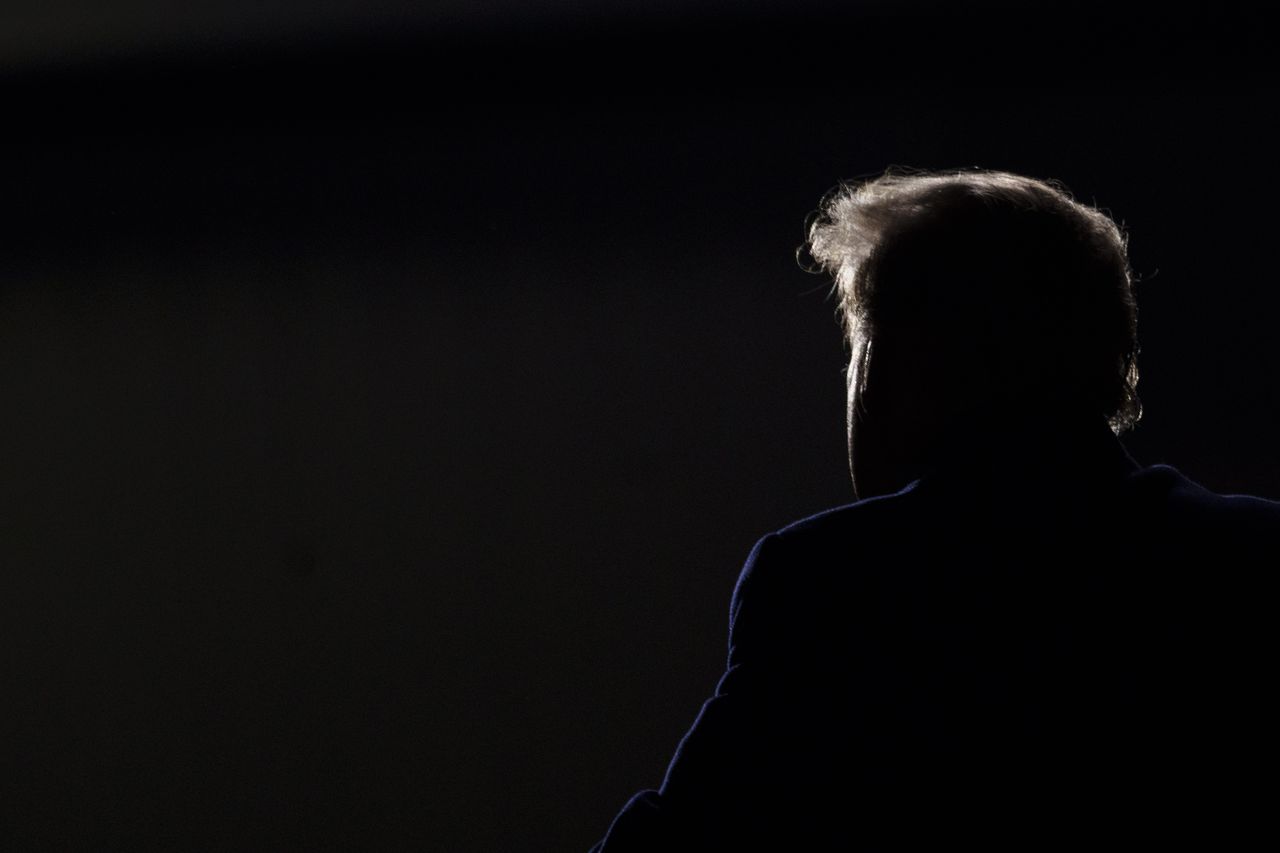 This is an opinion column.

He — that “man from Florida,” the New York Post sneered — wants to be President of the United States again.

He’s running from even a modicum of responsibility for flogging his Grand Old Party in the Midterms because he blithely believed that more Americans were lemmings, that more of us would follow his commands, that we’d flock to the polls and vote for conspirators would and scammers – for false candidates. Just because he said so.

He’s already walking. Fleeing the demise of the myriad MAGA deniers, he scattered here and there like fairyless dust.

Running away from the truth that their losses weigh directly on him. A New York Times analysis using the Cook Political Report scoreboard on the congressional primary found that MAGA candidates underperformed the GOP candidates of the so-called “traditional wing” of the Republican Party by five percentage points. That’s a real number – larger than the margin that has decided five of the last six presidential elections, The Times said.

In the primaries, candidates from the MAGA wing in Washington and Michigan, who defeated incumbents who had drawn the Florida man’s wrath by voting to impeach him, did not survive. Nor did the MAGA-anointed Senate candidates in Arizona and Pennsylvania. In fact, Blake Masters and DR. Mehmet Oz lost by — yes — four and five percentage points, respectively.

“With results in Arizona, Georgia and Pennsylvania all within a MAGA penalty,” the Times wrote, “it is entirely plausible that Mr. Trump’s nominees cost Republicans control of the Senate.”

He’s already walking. Fleeing the reality that the party he hijacked (despite the GOP’s hunger for power growing giddy with his fearful stupidity) might now prefer it from another Florida man (an only marginally more digestible, albeit equal). ) unempathetic to be led towards 2024). Or perhaps even by Arkansas Governor Asa Hutchinson, who said he was “very seriously” considering running for president.

“I’m encouraged that a governor who has actually solved problems, who has a conservative, common-sense approach, [I] can find support and be a good alternative,” he shared.

A good alternative to the Florida man who runs well. On the run from Jack Smith – the man whom US Attorney General Merrick Garland has hired as special counsel, hoarding national security documents at his home and all acts that may have sparked the January 6, 2021 attack on the Capitol, to investigate.

He’s fleeing the looming potential avalanche of criminal charges that could rain down on him like arrows in the “300” for doing everything he can to hold on to what he rightly lost.

He can run well, but he can’t hide. And he can’t win. No longer.

Not when America emphatically said it was sick of the craziness. Tired of tyrannical treats. Finished with fear inducing attacks. on women. On immigrants. To people who just want to live their lives the way they see themselves. About young people struggling not to be crushed by student loan debt.

Not when America showed that it wants solutions that don’t churn out bundles claiming everything is wrong she without a plan or suggestion to do the right thing, to do better, to rise us– all Americans. Not just the ones with the secret code to your cold, dark cave.

Not when America demands sanity rather than rock.

Donald Trump is running okay – while America and the GOP are running from him.

The Alabamaans have trouble eating; State officials must ensure that everyone is fed.

Roy S. Johnson is a 2021 Pulitzer Prize Finalist for Commentary and a 2021 Edward R. Murrow Prize Winner for Podcasts: “Unjustifiable,” co-hosted with John Archibald. His column appears in The Birmingham News and AL.com, as well as the Huntsville Times and Mobile Press registers. Reach him below [email protected]follow him up twitter.com/roysjor on Instagram @roysj.