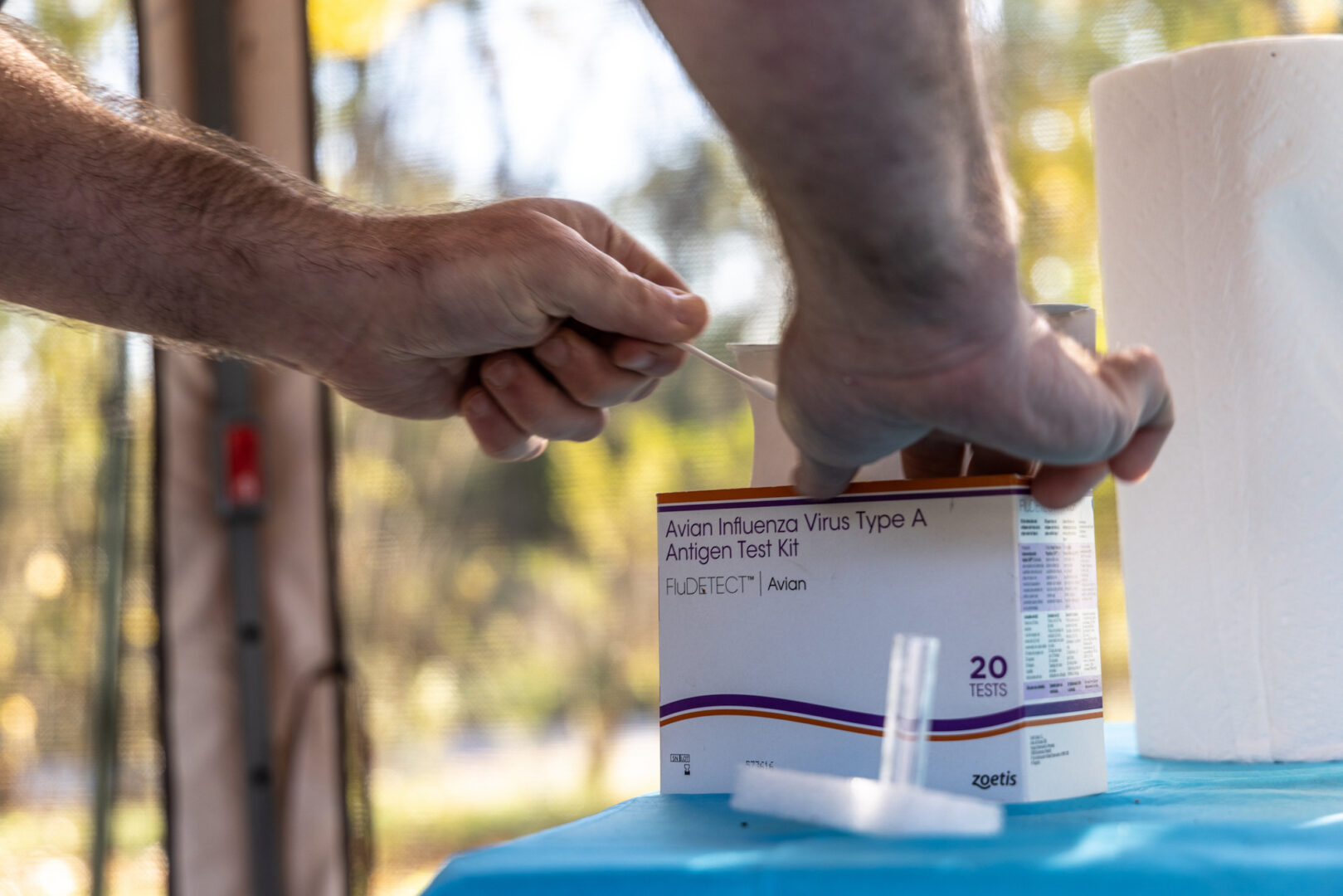 Rich Schubert, Executive Director of the Philadelphia Metro Wildlife Center, demonstrates the use of the avian flu test.

A week before Thanksgiving, Pennsylvania farmers prepare to collect thousands of fresh turkeys for the holiday dinner.

Some farmers breathe a sigh of relief to be at this point, considering that a deadly strain of bird flu wiped out hundreds of flocks across the country this year.

The virus spreads easily from wild birds to livestock, so avoiding it can feel a bit of a stroke of luck.

“We try to keep our birds healthy, clean and fresh, and give them good food,” said Axel Linde, owner of Lindenhof Farm in Kirkwood, Lancaster County. “So far, fingers crossed that everything is going well.”

The US outbreak of highly pathogenic avian influenza that began in February has affected more than 50.39 million birds nationwide, including 4.4 million in Pennsylvania. Most of them were farm or commercial fowl birds.

As a result, egg prices remain high. Poultry products like whole turkeys may cost more and be harder to find in stores. Wildlife rehabilitation centers and farms have introduced paid additional biosecurity measures. And animal diagnostics labs have had to ramp up testing efforts to process hundreds of samples per day.

But what’s still worrying, experts say, is that they don’t yet know when this outbreak will end – new cases continue to emerge, including this month locally in Allegheny, Dauphin and Lehigh counties. 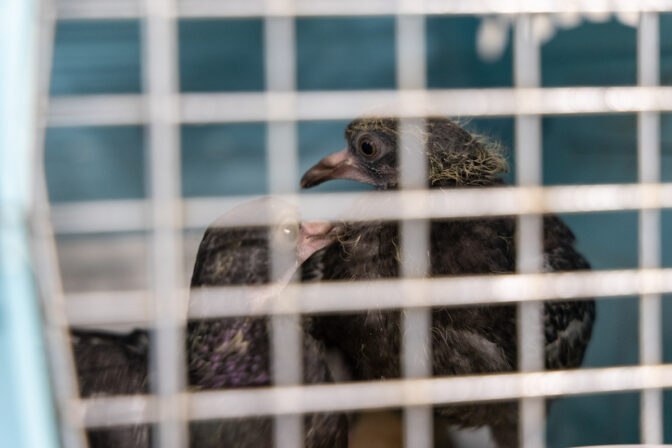 Young pigeons in the care of the Philadelphia Metro Wildlife Center.

“Traditionally, these outbreaks tend to fizzle out when bird densities aren’t as high as they are during migration, when birds congregate in the same place and their numbers are very, very high and disease transmission rates are high,” said Andrew Di Salvo of the Pennsylvania Game Commission.

“We had hoped that this year and with this outbreak the same would be true – that we would see the disease and outbreak fizzle out as late summer approaches,” he said. “And that didn’t exactly happen.”

Waterfowl species such as ducks and geese are common carriers of the virus. Similar to how influenza spreads among humans, bird flu is spread through the saliva, nasal fluid, or feces of an infected bird.

The virus does not usually pose a threat to humans, but it can be deadly to birds.

dr Lisa Murphy is a veterinarian and co-director of the Wildlife Futures Program at the University of Pennsylvania School of Veterinary Medicine. She said farmers or bird keepers could notice signs of an outbreak, such as unexpected deaths, unexplained respiratory illnesses in large numbers of birds. That will trigger the need for a test.

If they test positive for highly pathogenic avian influenza, all birds in the flock, on the farm, or in the same pen are killed, as mandated by the US Department of Agriculture.

The first case of highly pathogenic bird flu in Pennsylvania was detected in Lancaster County in April. Since then, Murphy said, the state has ramped up testing efforts significantly, with the New Bolton Center at times producing same-day results for more than 100 samples per day. 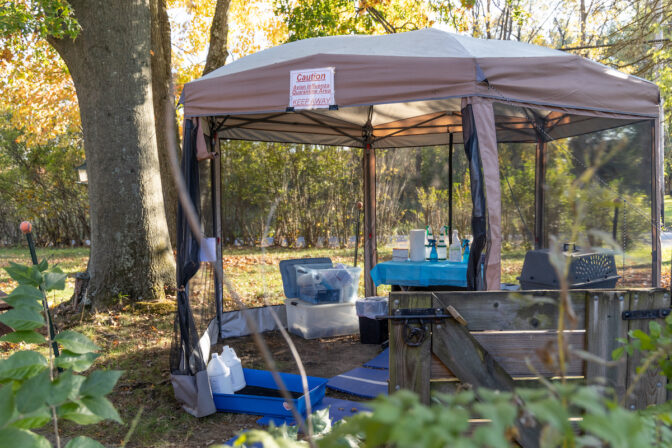 When a bird arrives at the Philadelphia Metro Wildlife Center, it is immediately quarantined and tested for avian flu.

It’s difficult to keep up with the demand for specialized testing because technicians must be nationally certified, Murphy said. Animal labs have also experienced some of the same test supply chain issues as human labs during the COVID-19 pandemic.

Testing has been a crucial part of biosecurity measures for places like the Red Creek Wildlife Center in Schuylkill Haven, which stopped taking waterfowl earlier this year.

“It hit us really hard, but we will keep all our measures because we are not taking any risks,” Hentz said.

At the Philadelphia Metro Wildlife Center in Montgomery County, Executive Director Rick Schubert said birds are tested before they are even allowed onto the site.

“That’s the cutoff point,” he said. “Because I wouldn’t take an animal and put it in a cage and say, ‘Let’s quarantine it and see if it develops symptoms,’ because by then it’s too late. [The virus] is now in and around every other bird.” 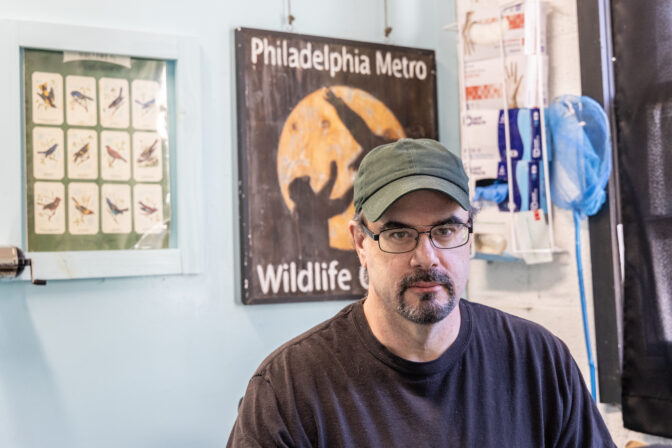 Rick Schubert is the executive director of the Philadelphia Metro Wildlife Center.

For farmers of commercial flocks, one infected bird means euthanizing all the others. Mike Badger, executive director of the American Pastured Poultry Producers Association, said this can be particularly devastating for a company.

“They just took out this farm’s entire revenue stream in terms of poultry,” he said. “They then lose future revenue. You are without poultry indefinitely.”

Although 34 herds in Pennsylvania have been affected during the current outbreak, Secretary of Agriculture Russell Redding said the state’s farming industry as a whole has not been affected.

The state has created funding programs to help affected farms and businesses recover from outbreaks like this one.

“This is a $7.1 billion industry in Pennsylvania, [which] employs 26,000 people,” said Redding. “We wanted to take additional measures to ensure growers are in a good position to be positive or involved, have herds involved and get them back in business.” 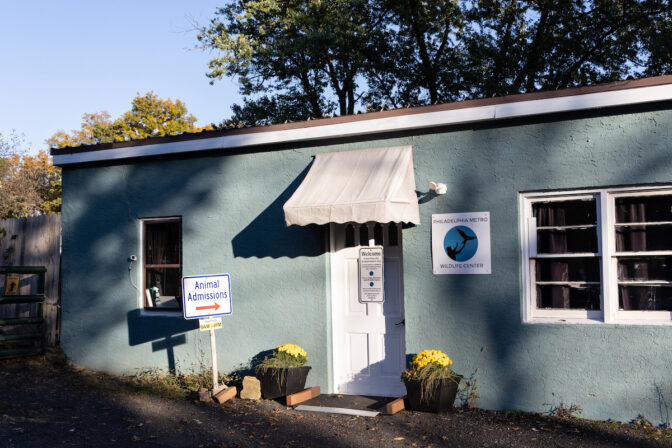 The Philadelphia Metro Wildlife Center in Norristown, Pennsylvania cares for sick and injured animals until they are ready to be released into the wild.

The last significant outbreak of bird flu occurred in 2015. It was ranked as the worst outbreak of animal disease in the United States, killing 50.4 million birds in 15 states. Herds in Pennsylvania were unaffected by this outbreak.