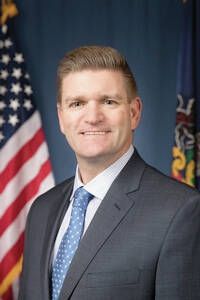 “Life is a gift, and it offers us the privilege, the opportunity, and the responsibility to give back by becoming more.” – Toni Robbins

As of 2012, John T. Yudichak has served in the Pennsylvania Legislature for over a decade, first in the House of Representatives and then as a Pennsylvania State Senator. He had earned a reputation in Harrisburg as a consensus builder and driving action to create jobs. Although he was politically successful, he saw that sometimes needy and worthy causes fell through the cracks and with this in mind founded the Luzerne Foundation’s Yudichak Family Lighthouse Fund.

The Yudichak Family Lighthouse Fund was established in 2012 in honor of John’s parents, Joe and Sally Yudichak, to support public libraries and youth programs in northeastern Pennsylvania. A graduate of Greater Nanticoke Area High School, Wyoming Seminary Preparatory School and an English major at Penn State University, John understood the importance of libraries and our youth’s commitment to learning and physical activity.

After establishing the Lighthouse Fund and with the help of the Luzerne Foundation, the Yudichak family has consistently supported those doing good works in northeastern Pennsylvania. In its 10 years of existence, the Lighthouse Fund has awarded over $150,000 in grants to our local libraries and area nonprofits such as the United Way, Dinners for Kids, Children’s Service Center and the Wyoming Valley Challenger Division Little League, just to to name a few.

Working together strengthens our community. If you have a cause you care about and want to make a difference here in Northeast Pennsylvania and beyond, please give us a call at the Luzerne Foundation.

Do you want to make our community better? We also. let’s do it together

Because of you and for you we are…here forever.™