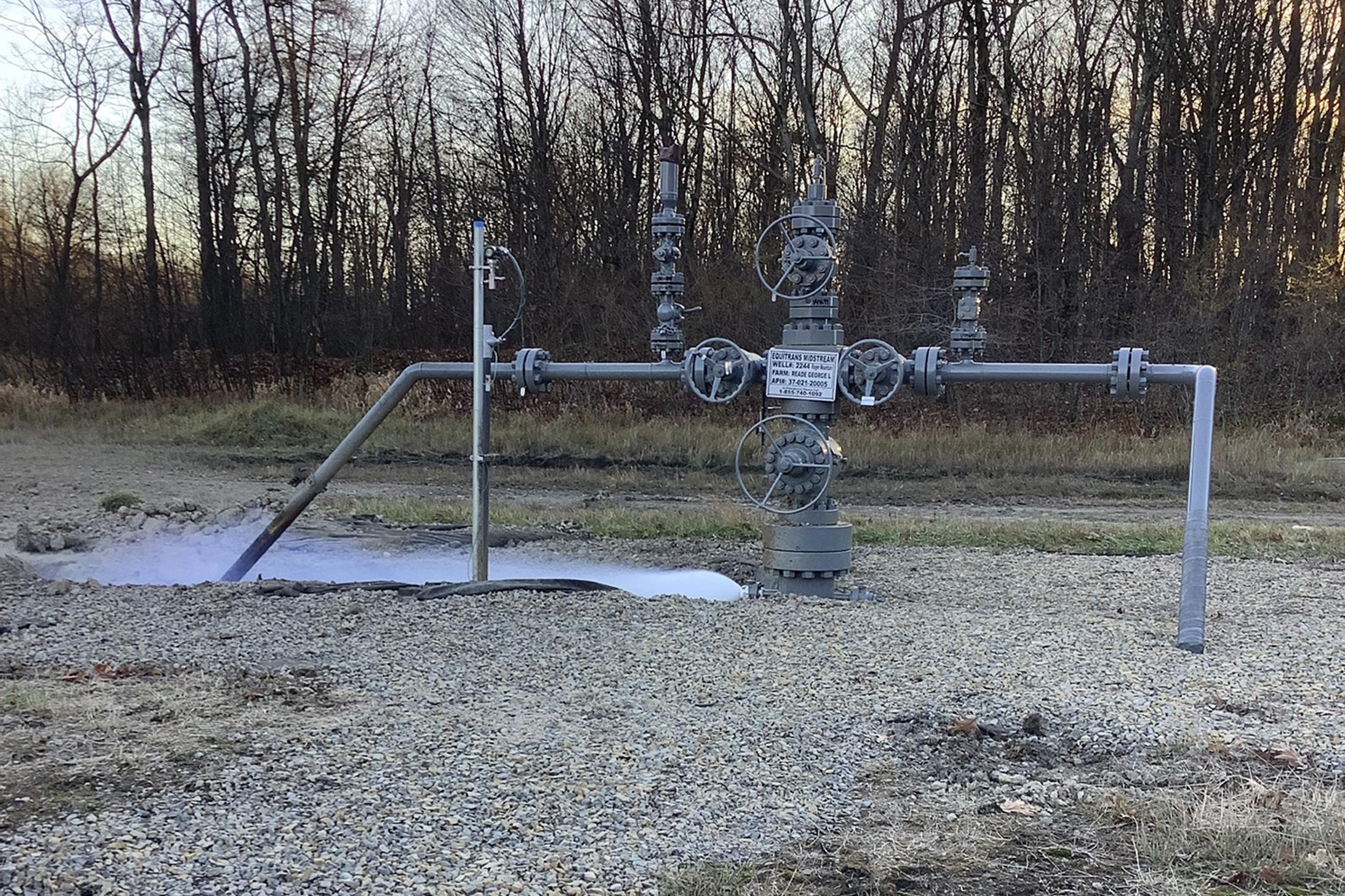 A natural gas storage well operator in western Pennsylvania says workers successfully plugged a leak that had been spewing massive amounts of warming methane into the atmosphere for two weeks.

Equitrans Midstream said the well at its Rager Mountain facility, located in a rural area about 1.5 hours east of Pittsburgh, was sealed with concrete on Sunday. According to initial estimates, the well has produced approximately 100 million cubic feet of natural gas per day since Nov. 6.

If it were accurate, that would be more than 1.4 billion cubic feet of methane, equivalent to the greenhouse gas emissions from burning more than 7,200 tank trucks of gasoline.

A written statement provided Sunday by Equitrans states that the company has confirmed a 0% gas reading at and around the well. More than 250 feet of cement was pumped into the well via two plugs to ensure venting did not occur again, the company said.

The Rager facility is located in Jackson Township, in the heart of the Marcellus Shale formation, which has seen a boom in gas production since the introduction of hydraulic fracturing more than a decade ago. Local residents who lived four miles from the leak told The Associated Press on Friday they could hear the rumble of pressurized gas escaping from the well and smell the fumes.

Methane, the main component of natural gas, is colorless and odorless. But when the gas is processed for transportation and sale, manufacturers add a chemical called mercaptan to give it a distinctive “rotten egg” smell that helps alert people to leaks.

The earth-warming power of methane over 20 years is about 83 times stronger than the carbon dioxide that comes from car exhausts and power plant chimneys. Oil and gas companies are the largest industrial emitters of methane, which, once released into the atmosphere, will disrupt the climate for decades and contribute to more heat waves, hurricanes, wildfires and floods.

The leak came as the Environmental Protection Agency updated proposed new rules on Nov. 11 aimed at reducing methane and other harmful emissions from oil and gas operations.

The Pennsylvania Department of Environmental Protection’s subpoenas against the company include failures to properly maintain and operate the gas facility that create a public nuisance and pose a “hazard to public health and safety.” The company was also accused of failing to provide “free and unrestricted access” to state inspectors.