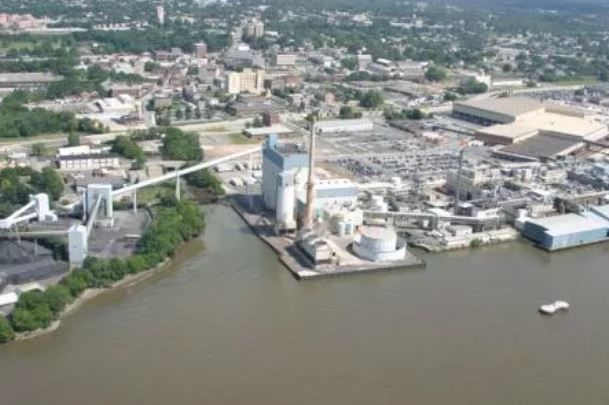 The Delaware County Council this week announced the award of a $377,433 US Environmental Protection Agency grant for improved aerial surveillance along the Delaware River waterfront.

“It’s incredibly exciting,” said District Councilor Elaine Paul Schaefer. “I think we’re going to get a lot of good information that will really inform our future decision-making and some of the decisions we make there.”

The federal funding comes from the EPA’s Enhanced Air Quality Monitoring for Communities program. According to the EPA, Delaware County is one of 132 projects across 37 states receiving a total of $53.4 million to monitor ambient air for pollutants in communities across the country with varying environmental and health outcomes linked to pollution and the COVID -19 pandemic.

“This project will deploy 30 to 40 air quality monitors in the environmental justice communities of Marcus Hook and Chester City along the Delaware River waterfront,” said Anne Stauffer of the Delaware County Planning Department. “The study will collect important data to help federal, state, and local partners identify sources of air pollution, clarify their contribution, and develop mitigation strategies to improve health outcomes for people living in the areas live and work for environmental justice along the river.”

Pollution issues along riverfront communities is something the county has been grappling with for some time, particularly as the county designs its plan for handling waste over the next decade.

Pennsylvania Act 101 requires Delaware County to update its 10-year municipal solid waste management plan, last completed in 2013. The plan is due in 2023.

Currently, each year approximately 370,000 tons of garbage are shipped directly to Covanta’s waste vaporization facility in Chester and an additional 30,000 tons are trucked directly to the Rolling Hills Landfill in Berks County. Ash from the Covanta facility will also be sent to the landfill.

In April, the Delaware County Solid Waste Authority voted 6-1 to extend a three-year contract with Covanta. The contract gives the agency options to transition to other disposal options.

The protesters have held various actions, including staging a “die-in” protest prior to the March 16 district council meeting to express their opposition to the district’s use of the Covanta facility. Opponents of the steam-to-waste plant have said it places undue strain on the health and quality of life of residents in communities near the plant.

Covanta officials have repeatedly stated that their numbers are well below the minimum requirements set by the EPA and the state Department of Environmental Protection.

During the EPA grant announcement, Stauffer spoke about the importance of the project.

“What’s really exciting about these monitors is that they’re continuously collecting data,” she said, adding that evenings and holidays would still be evaluated.

District Councilor Christine Reuther asked if the data collected by these enhanced monitors would be made available to the public.

“I know there are researchers who could use the availability to crunch something that we wouldn’t otherwise have the money or expertise to do,” she said.

Stauffer said making the information available to the community is a critical part of that.