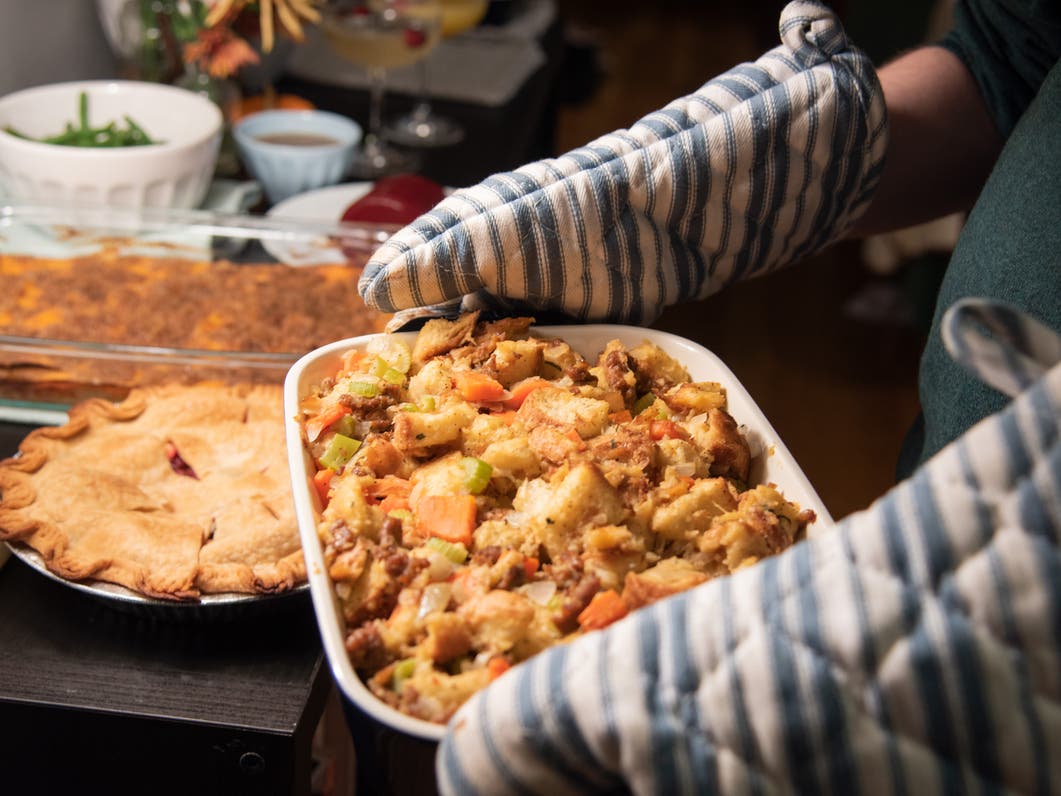 PENNSYLVANIA — Lidl, Aldi, Walmart and other Pennsylvania grocers are slashing prices in a bid to remove some of the inflationary shock to Thanksgiving dinner staples.

Earlier this fall, agriculture officials urged Americans to brace themselves for higher Thanksgiving turkey prices, warning they would be harder to find. An 8- to 16-pound turkey regularly costs about $1.50 a pound, but the USDA said in its latest report that “lucrative deals” are driving costs down in some places. Regular prices are up about 28 percent from a year earlier, the agency said.

German grocer Lidl, a regional chain with 177 locations in the eastern United States, is offering its traditional Thanksgiving basket, which the store says will feed about 10 people, for less than $30. It includes a 13-pound turkey for 49 cents a pound.

Aldi, which has 146 stores in Pennsylvania, said in a press release that it is pricing select items at 2019 levels in its Thanksgiving Price Rewind promotion, which runs through Nov. 29. Customers can save up to 30 percent on these items. said the store.

Walmart is offering Thanksgiving food at 2021 prices, including staples like turkey, ham, potatoes and stuffing, but also convenience foods like macaroni and cheese or fresh pumpkin pie. That means turkeys will cost less than $1 a pound, compared to this year’s national average of $1.50 a pound.

Overall, the cost of a Thanksgiving meal this year is about 13.5 percent higher than last year, according to the latest report from IRI, a data research firm that analyzes consumer, shopper and retail trends.

More than three in four people said they plan to return to pre-pandemic celebrations this year in a recent IRI poll. Another study by Kroger’s data company found that 38 percent said they would reduce Thanksgiving dinner because of inflation.

High food prices as Americans plan their holiday meals have replaced COVID-19 as their top concern. Nearly half (45 percent) of respondents to a new report by the Food Industry Association said rising meal costs were their top concern compared to other holiday issues.

Some Americans skip Thanksgiving dinner at home and make reservations at restaurants.

While restaurant food prices rose 8.5 percent from September 2021 to September 2022, the price of food in grocery stores was even steeper during that period, rising 13 percent, according to the USDA.

Even in full-service restaurants where tips are expected, it remains a relative bargain compared to grocery shopping, according to the analysis.

Inflation and bird flu combine to deliver a double whammy to Americans planning their Thanksgiving meals around Turkey. According to data from the Centers for Disease Control and Prevention, more than 8 million turkeys have died from bird flu in the current outbreak. The current outbreak of bird flu could surpass the 2015 outbreak, when 50.5 million birds died, the agency said.