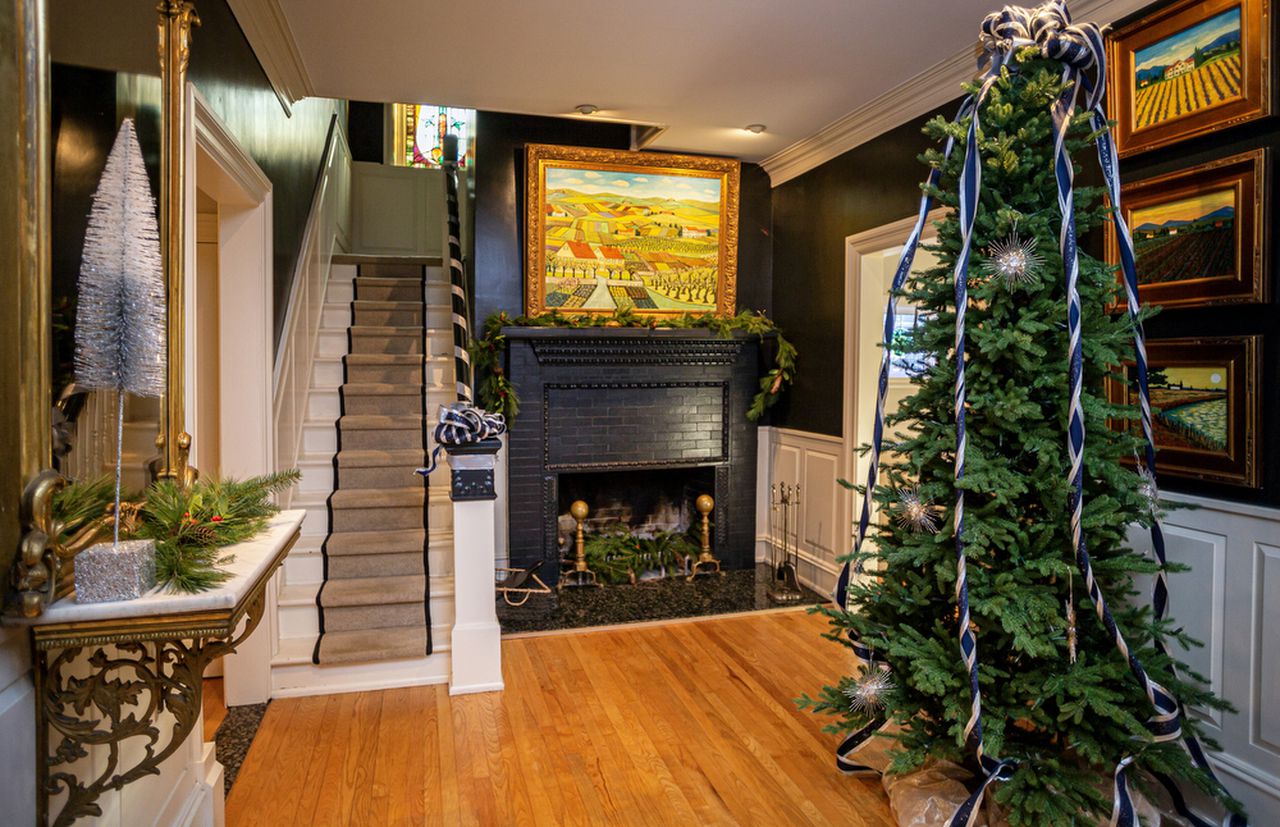 John Bekelja and his late wife Olga were drawn to their Hummelstown home for its imposing architecture.

“It’s not Gothic, it’s not Victorian,” said Bekelya. “I don’t know exactly what the style is.”

The three-storey limestone house features stained glass, two circular towers and distinctive conical roofs. It was built in 1904 for Nancy and Henry Hershey, a distant relative of the chocolate magnet Milton S. Hershey.

This year, Bekelja opens its doors for the 30th annual Elegant Progressions, an event sponsored by the Historic Harrisburg Association and The Kidney Foundation of Central Pennsylvania. It will take place for two nights from December 2nd to 3rd.

The tour takes ticket holders to three properties in the Hummelstown area where they can enjoy wine as well as a different course, from appetizers to dinner and dessert. Tickets start at $250 ($95 for those under 40) and are available through Historic Harrisburg.

The Bekeljas remodeled the first floor of the house, including the kitchen, library, and dining room. A butler’s pantry has been renovated with updates to the entertainment.

His daughter, Yanna Wolf of New York, said her mother decorated the holidays with gold and white accents, including ornaments on the tree.

“We always celebrated Christmas Eve. My mother always gave herself everything at Christmas,” she said.

Bekelja’s house serves as the tour’s dessert stop and features entertainment from Felicia Renee and the Stevenson Twins. Other houses on the tour include Carol and Bud Miller in South Hanover Township for hors d’oeuvre and appetizers and the Elizabeth Schenk and Steven Infanti Residing in Lower Paxton Township for a formal candlelit dinner.

Phyllis Hicks, executive director of the Kidney Foundation, said the progressive dinner is one of the most extravagant holiday events in the region and kicks off the season. She noted that the fundraiser benefits the foundation’s services, including mentoring and financial assistance programs and Camp Kydnie.

“It’s basically our most important fundraiser. It supports our ongoing programs,” Hicks said.

DETAILS: Elegant Progressions will take place on December 2nd and 3rd. Guests are transported to the participating properties in a unique limousine. Tickets start at $250 per person ($95 for those under 40). For more information: www.elegantprogressions.org or 717-233-4646.