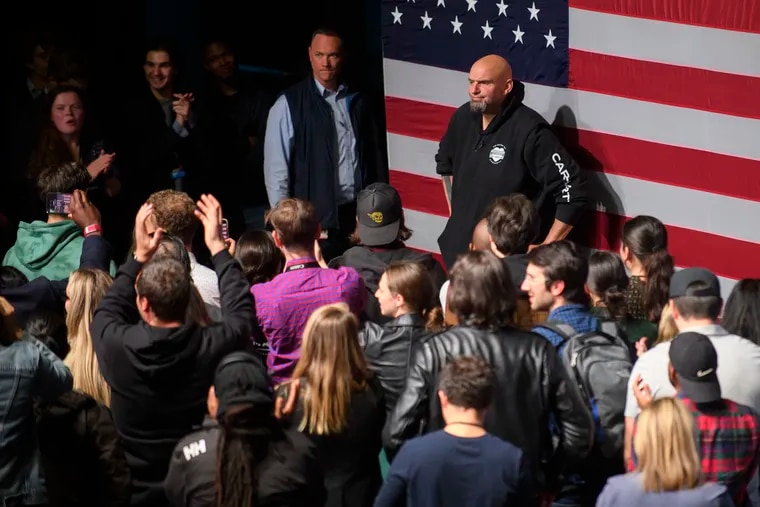 In 2023, Philadelphia is poised to elect the city’s 100th mayor and a new city council. While our future elected public officials will consider many issues, we believe a comprehensive economic agenda for jobs needs to be part of the discussion to revitalize and grow our great city. In order to create jobs, Philadelphia needs to grow and attract more business and talent. Too many employers choose to locate outside Philadelphia’s borders in places like Bensalem or Cheltenham to avoid the “nation’s highest payroll tax” and the “double taxation” of the city’s income and revenue taxes. The good news is that the city can now do something about it. Philadelphia has significant unspent revenue from the $1.4 billion it received from America’s federal bailout and is posting better-than-expected earnings. A portion of these funds should be used for an annual reduction in corporate and payroll taxes to grow and attract more employers and employees, to improve business interaction systems, to facilitate doing business in and with the city, and to upgrade skills of residents to be a part of today’s workforce.

I have never championed a political candidate more than I have for John Fetterman. I’m not a Keystone State voter, but I’m a person who was battling an illness this year that resulted in temporary physical disabilities and a lasting invisible. According to the Centers for Disease Control and Prevention, 61 million, or 1 in 4, adults in the US are living with a disability. Fetterman’s victory for the Pennsylvania US Senate seat over TV personality Mehmet Oz is a victory for the people of his state, but it’s also a huge victory for people with disabilities. As TV pundits focused last month on Fetterman’s debate performance – in which he struggled to finish sentences and skip a few words – I marveled at his courage and determination to overcome setback. Having twice watched my late father recover from a stroke, I know rehabilitation is possible. Every person with a disability deserves an equal opportunity to serve their community, whether or not they are running for public office.

Consumers’ long-held right to repair their products is under attack by manufacturers who are making parts unavailable, making products work, and adding software everywhere. The damages are sustained by farmers unable to repair their tractors, doctors confronted with stalled fans, military officers unable to repair broken equipment, and stranded motorized wheelchair users. Antitrust law could not solve these problems. I have a simple suggestion. We should dust off Section 5 of the Federal Trade Commission Act. This law allows the FTC to challenge “unfair practices of competition.” And it can extend beyond the narrow confines of antitrust law. My application of Section 5 builds on a “filler” reasoning that applies when one of the elements of an antitrust claim is not met. It appears that antitrust courts’ unwillingness to establish market power is addressed by indicators such as market-wide restrictions, consumer ignorance and time-sensitive uses. In these cases, manufacturers have a practical opportunity to harm competition. Given the questionable justifications for repair restrictions and the severe impact on lives and livelihoods, a competition-based instrument promises real benefits. Farmers, medics, military officers and others have no time to waste.

The Pennsylvania Republican Party got out of their clown car on Wednesday and impeached Philadelphia District Attorney Larry Krasner. As most people understand, impeachment is aimed at politicians who commit crimes — for example, trying to get a bribe from a foreign country in exchange for military aid, or trying to subvert an election by intimidating state officials, or a mob Attack on the US Capitol if you can’t admit defeat. Krasner has committed no crimes. He was only re-elected with 70% of the votes. The GOP can’t seem to understand that most people in the state want them to focus on real issues. The reason Republicans just lost their majority is because they prioritize politics over performance. What a bunch of bad losers.

Notably absent from the comment, “Federal law has been destroying families for 25 years. Let’s get rid of it’ is a consideration for children’s welfare. The author mischaracterizes the Adoption and Safe Families Act as if it is this law – and not families who abuse/neglect children – that causes family separations. Only a small proportion of children who experience abuse and neglect enter the child welfare system (most stay with their families and receive support services). Almost half of the people in the child welfare system are matched with their parents or another primary caregiver. ASFA was passed as a bipartisan response to a crisis that saw children spend many years in foster care. If we care about children’s well-being, we cannot allow them to remain in foster care indefinitely. Instead of making irresponsible calls to repeal this law, we should call on states to comply with the requirements of the law.

What do Trump voters and pro-choice voters have in common? The pollsters have drastically underestimated them. Similar to Donald Trump, I fear that abortion’s staying power as a major ballot issue may already be fading. So how do Democrats keep youth turnout high when the only reason we went to the polls on November 8 was for abortion? Easy. Focus on the issue that affects Gen Z’s freedoms, finances and prosperity more than any other: the climate. That’s the only problem with staying power that’s guaranteed to grow. As the pessimistic climate reports released this month make clear, no matter what we do, this catastrophe is only going to get worse. So Democrats, act now or risk losing the very bloc that saved your skin.

Join the conversation: send letters to [email protected]. Limit length to 150 words and include home address and daytime and evening phone number. Letters appear in The Inquirer six days a week in the editorial pages and online.