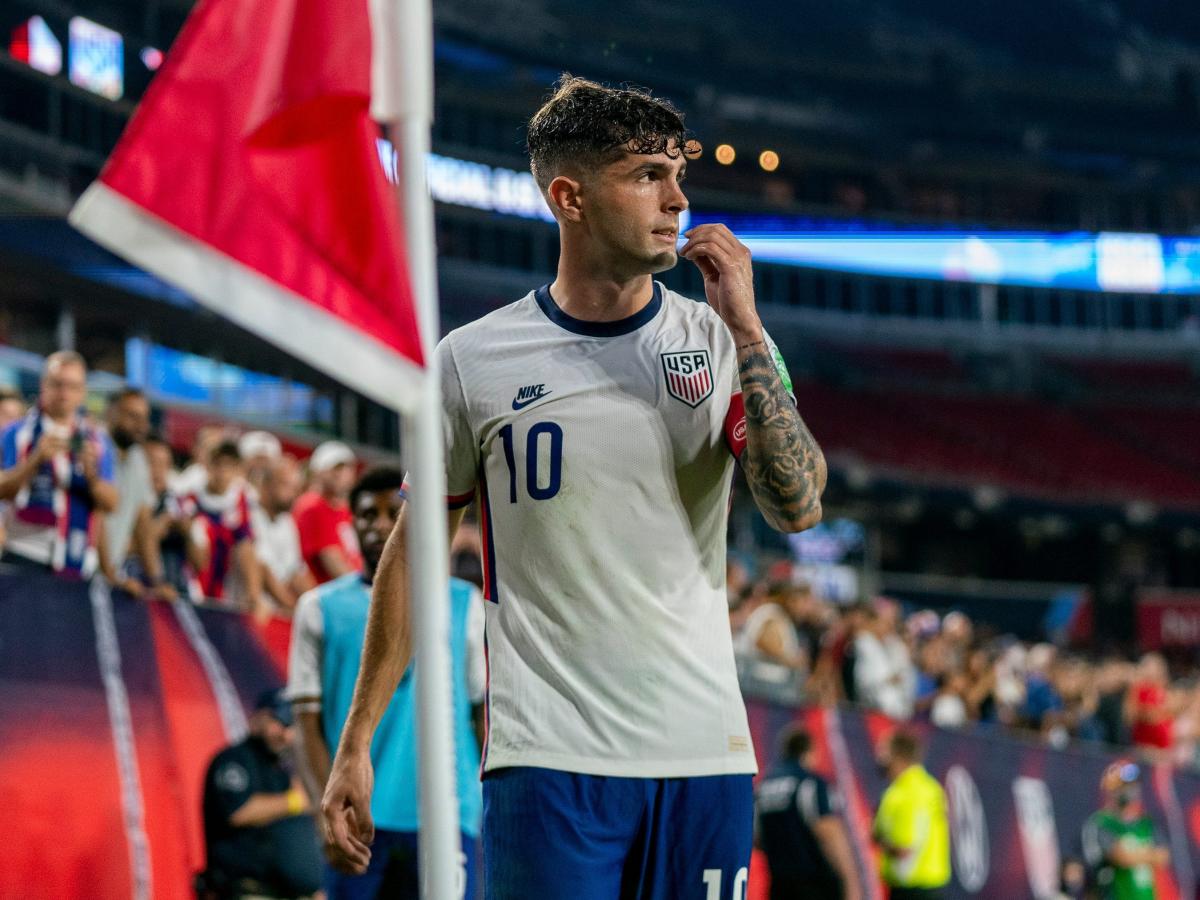 Christian Pulisic is the star player of the US men’s national soccer team USMNT.

At just 24, Pulisic is already considered one of the greatest US soccer players of all time. Now playing in his first-ever World Cup, Pulisic is expected to lead the golden generation of young and talented players at the USMNT in Qatar.

A winger nicknamed “Captain America,” Pulisic has played in over 50 games and scored more than 20 goals for the United States.

The USA play their first game of the tournament against Wales on November 21st.

“I’ve done a lot of things that I want to do, but the World Cup is something else,” Pulisic said in a Washington Post report. “It was just a dream my whole life. I’m sure getting into that moment will be something special.”

Pulisic was born and raised in Hershey, Pennsylvania.

Growing up, Pulisic played football for developmental clubs like PA Classics in Pennsylvania.

“It was a big step in my career. They gave me a lot,” Pulisic said in a 2021 interview with Fox News.

Pulisic also lived in Michigan and England for several years growing up – even snagging a trial with future club Chelsea at the age of 11.

Pulisic was born to parents who were also football players.

Pulisic was born to Mark and Kelley Pulisic, who played college-level football for George Mason University in Virginia. Mark also played professional indoor soccer for a local club in Pennsylvania.

“We never put too much pressure on him just because we’re playing,” Mark said in a 2017 interview with TUDN USA. “We felt that if he always had the passion to play, his development would take care of itself.”

Pulisic first played for the USMNT in March 2016.

Pulisic is the youngest US player to have played in a World Cup qualifier. He made his USMNT debut aged just 17 against Guatemala.

A little later, Pulisic scored his first goal for the USMNT in a 4-0 win over Bolivia in a May 2016 friendly. This made him the youngest player to score an international goal for the national team.

Pulisic is the youngest player ever to captain the USMNT.

Pulisic was just 20 years old when he first became captain of the USMNT. In November 2018 he wore the captain’s armband for the first time in a friendly against Italy.

While it has yet to be decided who will captain the USMNT at the Qatar World Cup, Pulisic is expected to continue to skipper the tournament.

“I really don’t put myself under any pressure. Obviously a lot of Americans do,” Pulsic said in a report by The Evening Standard. “All I can do is do my best, be part of this team, be there for the young people. I mean, I’m young too.”

Pulisic led the USMNT to CONCACAF Nations League victory in 2021.

Pulisic captained the USMNT to win the inaugural CONCACAF Nations League, scoring the crucial penalty in the final against Mexico in June 2021.

He was included in the team of the tournament, which included 11 of the best players across four positions – goalkeeper, defender, midfielder and forward.

“It was a massive, massive game for us just to show CONCACAF what we’re about,” Pulisic told ESPN in a 2021 interview, adding that scoring the winning goal was “a big moment.”

Pulisic started his professional career in the Bundesliga in Germany.

Pulisic first made a name for himself in European football during his three-year career with Borussia Dortmund in the Bundesliga, Germany’s top flight. Pulisic played for Dortmund from 2016 to 2019 and won the DFB Cup in 2017.

Pulisic moved to Germany when he was 15 and speaks fluent German.

“I would say the youth systems in Germany impressed me the most,” Pulisic previously told ESPN. “I literally went through the system. Every day you fight with other players for a professional contract.”

Pulisic is also a Croatian citizen. He acquired a Croatian passport in order to be able to play in the Bundesliga in Europe.

In order to be able to play in Europe before the age of 18 without a work visa, Pulisic had to apply for an EU passport. Pulisic’s grandfather Mate was born in Olib, Croatia, which gave him Croatian citizenship.

“As a young boy it was always my dream to play for a top club in Europe. When the opportunity came up to play for BVB, I really wanted to take it,” Pulisic said in an interview with Bild in 2017, adding that Croatian coach Niko Kovac had helped him get a Croatian passport.

Chelsea signed Pulisic for $73m in 2019. This makes him the most expensive American soccer player of all time.

Pulisic moved to London, UK to play for Chelsea in arguably the most competitive league in Europe, the Premier League.

“It’s a privilege to have signed for such a legendary club,” Pulisic said in a CBS News report.

Chelsea, one of the most valuable clubs in the world, have broken the transfer record for an American player by signing Pulisic. The record was previously held by John Brooks when Bundesliga club Wolfsburg paid $22.5 million for his services in 2017.

Pulisic has won multiple trophies with Chelsea, including the prestigious Champions League. He is the first US player to win and play in the final of one of football’s greatest trophies.

Pulisic won the Champions League with Chelsea in 2021, where he played against Manchester City in the final. Pulisic also won the UEFA Super Cup and FIFA Club World Cup with Chelsea in the same year.

While Jovan Kirovski is the first US player ever to win the Champions League, Pulisic is the first and only one to play in a final and emerge victorious.

“I’m just so proud to be here. It was a difficult road for me and I couldn’t imagine ever winning the Champions League in my life – and now here I am,” Pulisic told CBS Sports.

Read the original article on Insider