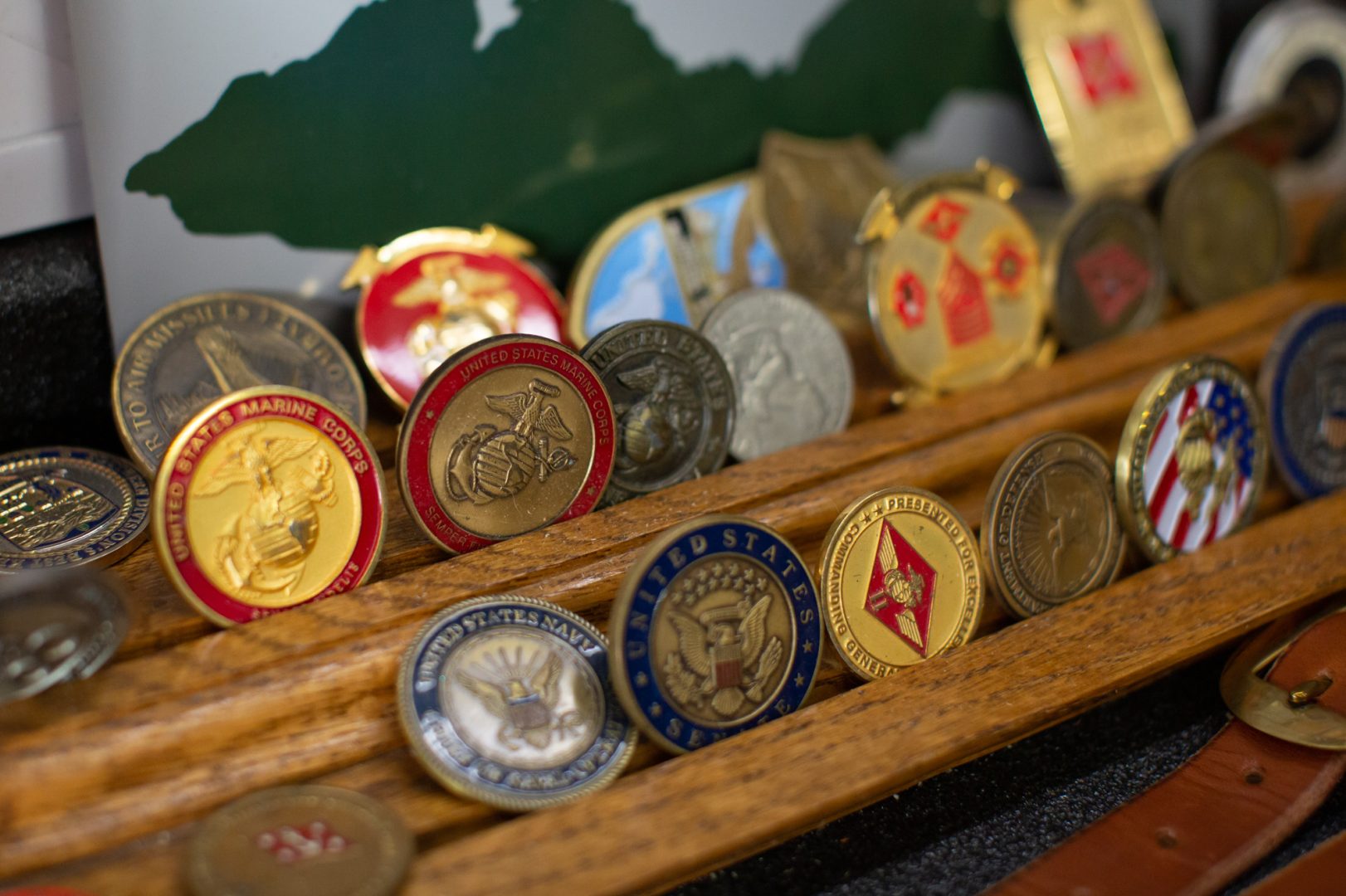 Challenge coins earned over the years by Michael Schneider, a retired Marine Corps master sergeant, sit in his garage studio at his home in Swansboro, North Carolina on February 12, 2022. Schneider has been doing leatherwork as therapy for the last five years to help manage his epilepsy and PTSD after a traumatic brain injury. He has also taught leatherworking to other veterans.

Among the many things that Brigadier General Maureen Weigl, Assistant Adjutant General for Veterans Affairs in Pennsylvania, oversees is PA VetConnect, a new resource for veterans.

“That’s a system that we created at the Department of Military and Veterans Affairs to help everyone know how to help a veteran, whether you have an aunt, uncle or brother who served and may have problems,” she said.

VetConnect is a government website where veterans or friends and family members of retired service members can access a variety of information. You can find shelters or food banks, the state Veterans Registry, or the Veterans Crisis Line. Information for federal, state and local authorities is also all available on PA VetConnect.

Weigl said the site serves the fourth-largest population of veterans in the nation. Pennsylvania has more than 720,000 veterans, she said.

A Dunmore native, Weigl joined the military in the ’90s. She served 25 years in both the Army and as a member of the Army National Guard.

“It got to the point in my career that I knew I could do more on the outside than on the inside,” she said.

In her role, she works everywhere from Pittsburgh to Philadelphia, managing six long-term care homes – including the Gino J. Merli Veterans Center in Scranton – and working with state agencies and with private and nonprofit organizations that serve veterans.

“We’re looking at the big issues plaguing veterans in Pennsylvania today,” she said.

“There are ways that the community can get involved and educate themselves … not just attend veteran events … but know who all the community partners are,” she said.