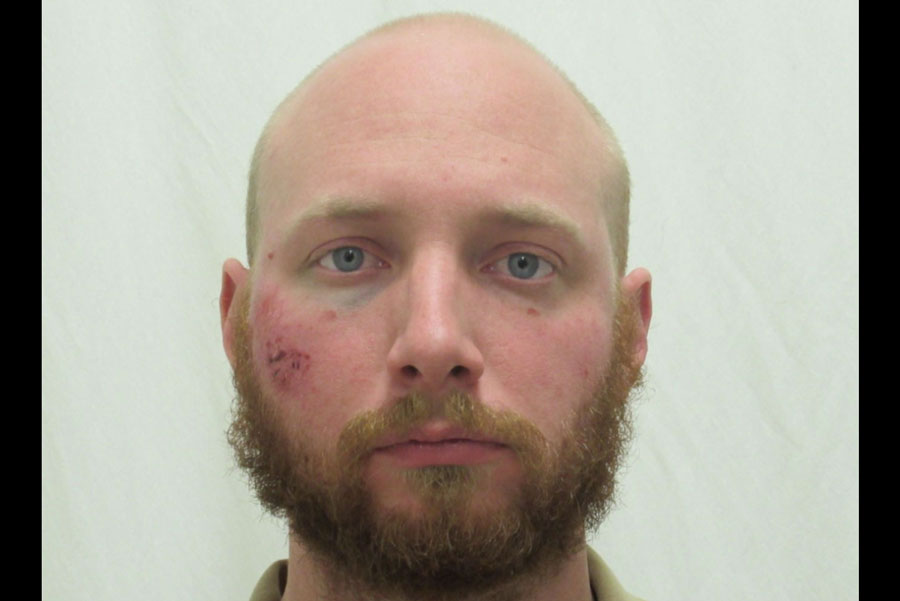 Richard James Wagner Jr., 27, has been charged with felonies for attempting to flee from an officer and driving under the influence of alcohol and misdemeanor charges for resisting arrest and driving with an open bottle of alcohol, according to court records emerges. A possible escape attempt was stopped by a police K-9 threat.

The Bannock County Sheriff’s Office received a call around 8:15 p.m. on Nov. 12 reporting a red Jeep Grand Cherokee driving erratically near Satterfield Drive, according to a probable cause affidavit. The caller told dispatchers that the Jeep’s bumper fell and struck their vehicle on Interstate 15, causing extensive damage.

Deputies responded to the call, pulling up behind the jeep and informing the driver, later identified as Wagner, that he could not leave.

While deputies were parked and preparing to approach the jeep, the jeep flipped and nearly crashed into another car traveling in the opposite direction.

The deputies turned and began to pursue. According to the affidavit, the jeep drove over a raised median and cut off in front of the car, which it nearly hit while turning. Wagner steered the jeep into Sister City Park and continued toward the park, driving through the closed gate and breaching it.

After crashing through the gate, the jeep stopped and Wagner got out.

The deputies also got out of their vehicles. They drew their guns and ordered Wagner to get on the ground.

“The driver (who) staggered getting out of his vehicle just kept saying, ‘Shoot me,’ and he didn’t want to fall to the ground,” police reports said.

One of the deputies allowed a K-9 to eject from the cruiser. The deputy told Wagner that if he didn’t get on the ground, the dog would be sent after him. Wagner then obeyed.

The deputies handcuffed Wagner. When the deputies fielded Wagner, he fought and attempted to retreat. Wagner was forced back to the ground, where deputies held him until Pocatello police officers arrived with a swaddling attachment – a device used to secure a person’s arms and legs.

According to police reports, when Wagner was forced to the ground, he hit his head and started bleeding. The deputies requested medical assistance from EMS.

According to the affidavit, Wagner admitted to drinking alcohol. However, he refused a breath test. Offers obtained a search warrant to obtain a blood draw for testing. After the blood was drawn, Wagner was taken to the Bannock County Jail for booking and held on $30,000 bail.

After Wagner was secured, the deputies spoke to the person who reported the incident.

The driver told the deputies that they were driving behind Wagner’s Jeep from McCammon. They said Wagner didn’t keep his lane, kept going off the road and lost a bumper. Deputies noted damage to the hood and windshield of the victim’s car.

Deputies asked Wagner for his insurance information to provide to the victim. He allegedly told officers that he had just purchased the Jeep and that the title had not yet been transferred to his name, so he was uninsured.

MPs could not find the missing bumper on the highway.

Although Alvey has been charged with these crimes, that doesn’t necessarily mean he committed them. Everyone is presumed innocent until proven guilty.

His preliminary hearing is scheduled for November 28, with Judge Carol “Tippi” Jarman.