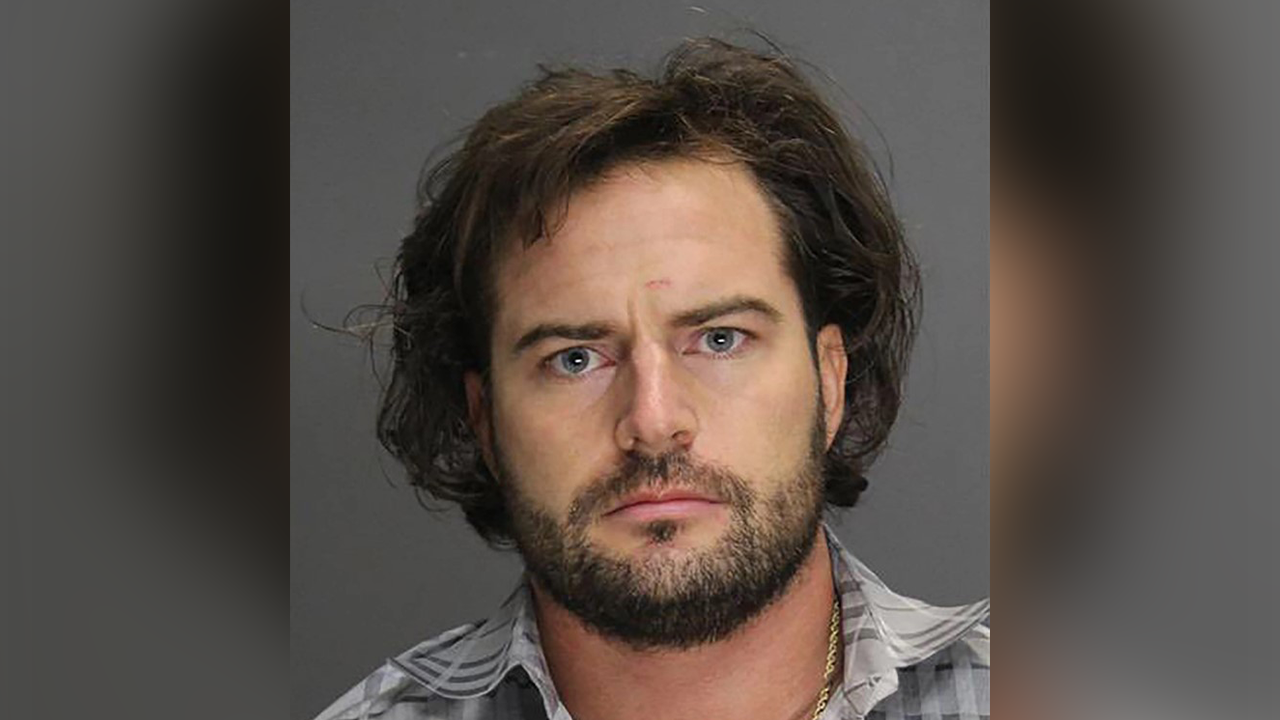 A Pennsylvania man who murdered his mother and took pictures with her body has been sentenced to 20 years in prison after winning a plea deal that much of the family opposed.

David Sumney, 33, has been accused of torturing and murdering his mother Margaret, 67, at her home in 2019.

He had documented the crime by taking 277 photos, including several selfies with blood smeared on his face and his mother’s body.

Sumney secured a plea deal in August that dismissed charges of first-degree murder and assault on a corpse, leaving him with just a single count of third-degree murder.

David Sumney, 33, has been accused of torturing and murdering his mother Margaret, 67, at her home in 2019.
(Allegheny County Police Department)

Since he has been behind bars since 2019, he could be released in 17 years.

“I can’t believe I would put myself in such a state where I could do something so bad, so horrible. I can’t believe what I did, that I killed my own mother,” Sumney said during his court hearing Thursday in Allegheny County. “I can’t stop thinking about it. I think about it every day. I’m sorry, but apologizing is not enough. I handled things as badly as a human could have.”

“To my family, my sisters and my aunts, I know that I am impossible to forgive. I don’t forgive myself. I just want to let her know that I’m really sorry,” he continued.

Sumney’s defense asked for a seven-year sentence because he “expressed remorse” and blamed his crime on his drug and alcohol use.

Margaret’s family, meanwhile, pushed for a harsher sentence than he ultimately received.

A Pennsylvania man who murdered his mother and took pictures with her body has been sentenced to 20 years in prison after winning a plea deal that much of the family opposed.
(Allegheny County Police Department)

Her older sister, Mary Ellen, called Sumney “less than a piece of trash” and said she wished he “received the death penalty.” Margaret’s other sister, Ann Shade, urged the court “not to give him a second chance”.

Sumney would have expected life behind bars if convicted of his initial charges.

His cousin Margo said she will never forget the “metallic smell” when she entered the blood-soaked home in 2019.

“He’s the epitome of pure evil,” she said. “We will never find peace with that.”

The defense called two Allegheny prison officials to the witness stand, one of whom described Sumney as a model prisoner who engages in Bible studies with other inmates. Also called to the witness stand was a doctor who argued that Sumney was mentally impaired at the time of the murder because of “extremely high doses” of Adderall.

Sumney had documented the crime by taking 277 photos, including multiple selfies with blood smeared on his face and his mother’s body.
(Allegheny County Police Department)

After the murder, Sumney reportedly searched online for a way to dispose of his mother’s body. His searches included “how long does it take for a body to start decomposing?” and “How long do you wait to dispose of a body?”

The judge sentenced Sumney to a minimum of 20 years in prison and a maximum of 40 years.

“They broke her back,” Ellen told the court. “You paralyzed our mother. And then you just hit her and hit her. The blood was splattered on the walls. But I think the craziest thing is the pictures. The 277 pictures of what you did.”

Sumney is also facing another criminal case in Atlantic City, where his ex-girlfriend accused him of waterboarding and strangled her in a hotel room in July 2019.