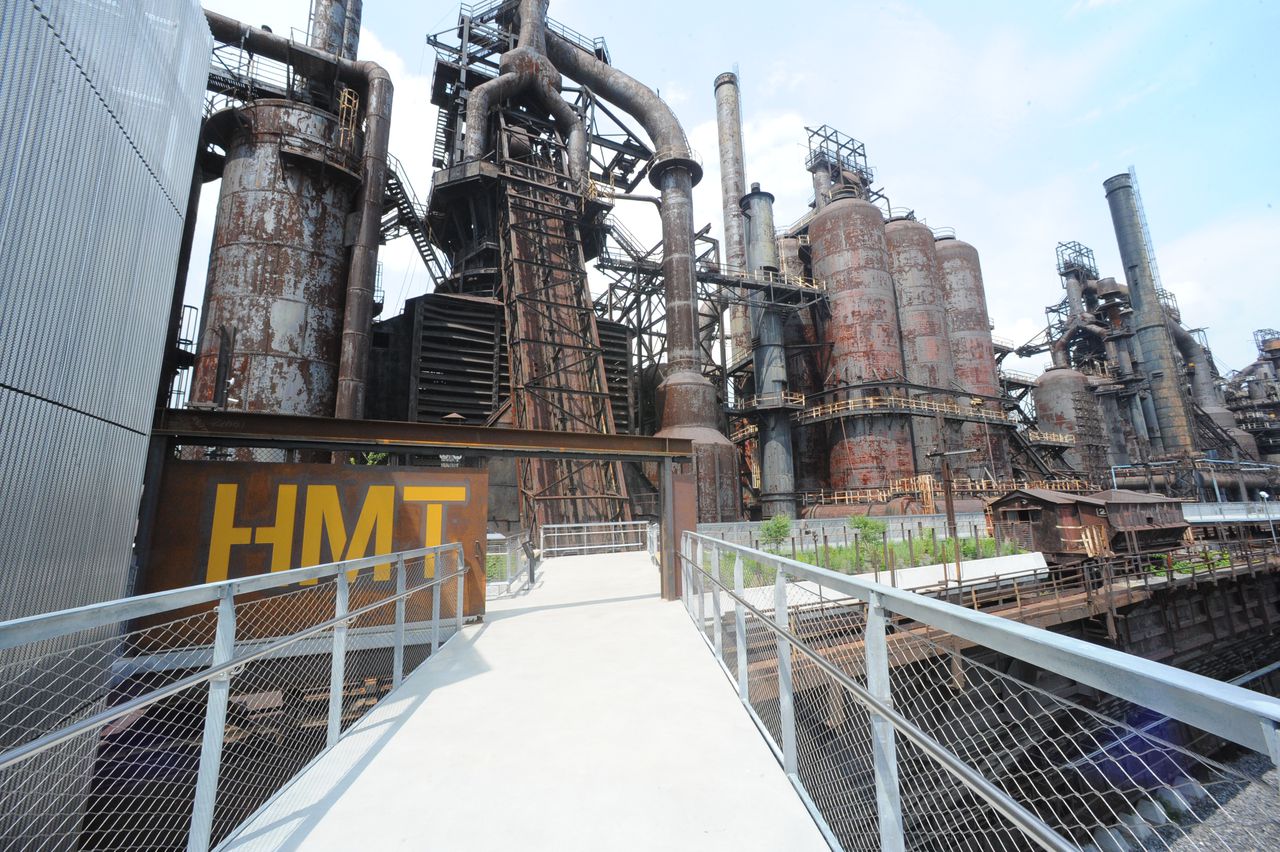 The Lehigh Valley is justifiably proud of its industrial past. After all, Bethlehem Steel helped build battleships and the Golden Gate Bridge.

But that’s not the Lehigh Valley of today. The region’s economy is much more diverse, and many of these old industrial sites now reflect the new emphasis on arts, entertainment and culture, becoming attractions in their own right.

Here are 10 examples of industrial ruins reclaimed for the new Lehigh Valley:

• SteelStacks and the Hoover Mason Trestle. Bethlehem Steel closed in 2003. The old blast furnaces, once the first symbol of the valley’s industrial giants, now provide a dramatic backdrop to the area’s most unique venue. Concerts and festivals are held here, including the Musikfest. The Hoover Mason Trestle combines past and present. Opened in 2015, this elevated walkway allows visitors to get up close and personal with the blast furnaces and learn more about Steel’s history while perusing the campus’ other frequent offerings.

• Wind Creek Casino. In 2004, investors bought the core of Bethlehem Steel’s former flagship plant in 2004 for $3.1 million to develop a casino. It opened as Sands in 2009 before being sold to Wind Creek in 2018. But development set the stage by donating land for the SteelStacks campus above. It contained old steel equipment such as the iron ore crane that bears the casino’s name. Wind Creek, now known for its games, shops and concerts, also wanted to turn another steel building into a water park, though those plans appear to have stalled since the COVID-19 pandemic.

• National Museum of Industrial History. Another old Bethlehem Steel building has been transformed into an industrial monument. This Smithsonian-affiliated museum opened in 2016 with interactive exhibits about the industry’s role nationally and locally. It organizes an annual meeting for former steelworkers.

• Simon Silk Factory. This former Easton factory is a relic of more than 100 years ago when silk was Pennsylvania’s largest industry. The mill was abandoned in the 1960s. It only reopened in 2016 as a mix of new shops and housing. Now the old mill is a brewery, winery, distillery, ice cream shop, apartments and more.

• The automotive corner of America. Allentown’s Klein Building was formerly A&B Meats. Now they are upper-floor apartments, some of which still have the building’s old facade as a wall feature (see above). And on the ground floor is a classic car garage and showroom, conveniently across from the America On Wheels Museum.

• Williams Arts Campus of Lafayette College. This portion of Lafayette’s Easton campus is unmistakably one of the first things you see when you enter Pennsylvania on Route 22. It’s still relatively new, having opened in 2015 in what was formerly a car dealership and the vacant Club Mohican. Now it houses the next generation of artists.

• Colonial industrial district of Bethlehem. Hard to believe this area on Monocacy Creek used to be a junkyard. Efforts to retake it began in the 1950s. It now stands again as a historical monument to some of the country’s earliest industries – the mills and forges of the Moravian settlers of Bethlehem. It’s also one of the most photogenic spots in the valley.

• D&L track. This does not count as a ruin, rather as a relic. But it’s definitely an attraction. This path is reminiscent of the time before the railway. It essentially follows the old Delaware & Lehigh Canal Path from Wilkes-Barre to Bristol, passing through parks in the major cities of the Lehigh Valley. Follow it south of Easton into Delaware Canal State Park and hike Pennsylvania’s Trail of the Year.

• Allentown waterfront. A complaint is pending here. The west bank of the Lehigh River in Allentown was once the site of Lehigh Structural Steel. Now it will be a mix of commercial, residential and accessible. Last summer, developers gave a sneak peak at a 125,000-square-foot office building, The Mohrbanc, flanked by two public plazas. All are named after former industry managers.

• (The former) Dutch sources. An old quarry pit in Northampton County filled with water and became a popular water park and diving school. The future of this one is a little bleak: The property has been sold to a developer who plans to build warehouses – the Lehigh Valley’s new booming industry – but rumor has it the dive school will remain.

Steve Novak can be reached at [email protected].